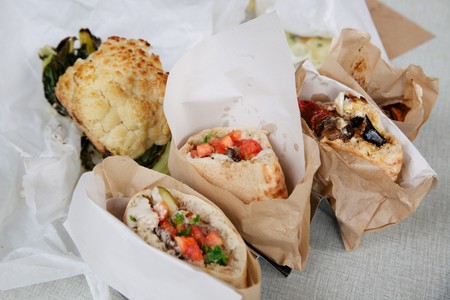 Israeli cuisine is amazing for its rich variety of healthy, simple and delicious dishes and its abundance of local, international, fusion and healthy restaurants. Some may even go as far as calling Tel Aviv the vegan capital of the world! With many plant-based meal and dessert options that are naturally vegan and aren’t made up of meat substitutions, Israel becomes all the more appealing to vegans and vegetarians, but also to anyone looking for healthy, yummy and vegetable-based foods. Check out our guide to the best vegan-friendly (but not limited to) dishes you can find in Israel.

Sabich is one of the most under-appreciated dishes you can find in Israel. And although it is normally served with a hard-boiled egg, this street food can easily be found as a vegan dish by removing the egg. The dish contains fried eggplant slices, tahini (as with most Israeli dishes), Israeli salad, chopped parsley, amba, and it is sometimes also served with potatoes or cauliflower, which leads us to the next one. 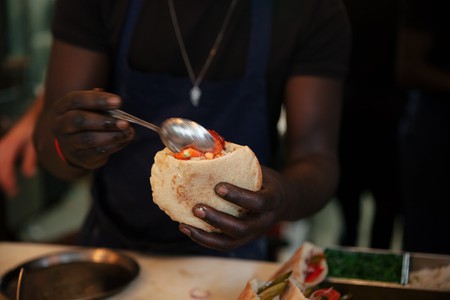 The cauliflower dish served at Chef Eyal Shani‘s Miznon has fast become one of the most beloved dishes in the county, and some might say, worldwide – considering how popular Miznon outlets in Paris, Melbourne, Vienna and New York have become. So what’s in the dish? Well, cauliflower, olive oil and salt. Yes, it’s that simple – and wow, is it delicious. Israelis absolutely love cauliflower in many forms; with tahini, raw in a tabouli salad or just baked in the oven with seasoning. Opt for one of Miznon’s outlets to try its magnificent cauliflower, either served in a brown bag or in a pita with tahini. 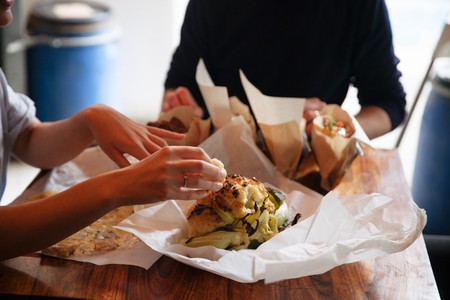 You may know baba ghanoush as a Levantine dish made with mashed cooked eggplant mixed with tahini, olive oil and seasoning, but in Israel, it’s just known as ‘eggplant in tahini’. Made with an eggplant, baked or broiled, over an open flame and then peeled, this delicacy has an amazing smoky taste to it and makes for a perfect vegan spread. Eggplant and tahini are definitely a favourite combination in Israel and can be found in many forms and variations. Whether you are into the spread, a whole eggplant soaked in tahini or any other unique combination of the two, this vegan combo is delicious, nutritious and can be found all over the country. 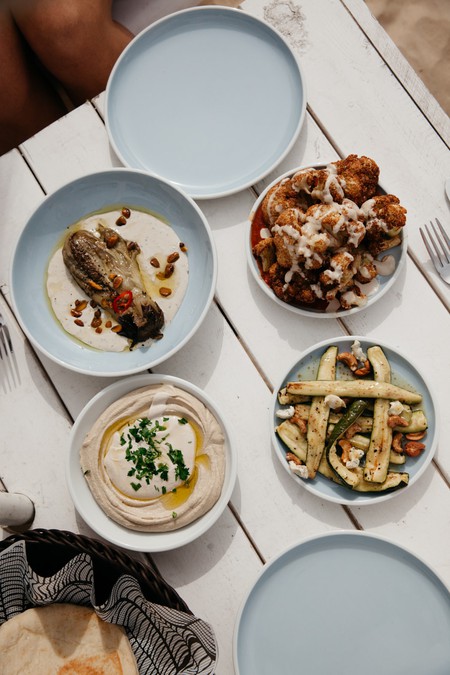 The true way to any Israeli’s heart is through a big plate of hummus. This vegan, healthy and oh-so-delicious meal is made with boiled, blended chickpeas mixed with tahini, olive oil, lemon juice, garlic and salt, served as a spread or a base, and usually eaten with pita bread or a salad. Hummus, one of the most beloved, wholesome and don’t forget, cheap dishes, comes in all textures, presentations and tastes. You simply cannot visit Israel without having – and loving – it. Keep in mind that hummus in Israel isn’t usually served as an appetizer, but as a whole meal, which will fill you up – so you should prepare for an afternoon nap. 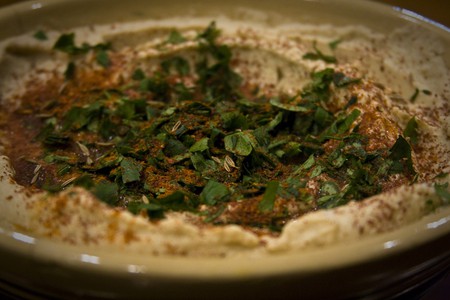 This sweet yeast cake spread with chocolate or cinnamon is one of the most popular Israeli desserts, originating in Eastern European Jewish cultures. With five locations across Tel Aviv, The Bakery is, as its name suggests, the city’s most beloved bakery and pâtisserie that sells these heavenly vegan babka cakes, either with chocolate or nuts, individually wrapped in a single-serve size – as if you couldn’t finish a big one by yourself! 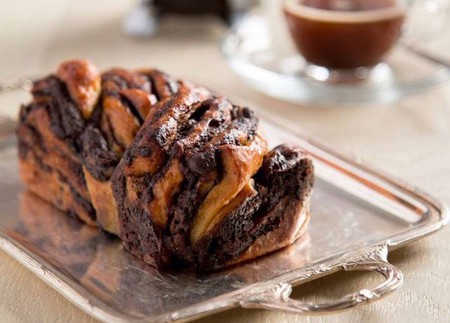 Israeli cuisine would not be complete without an Israeli salad. Also known as chopped salad, which can be found in any food establishment all over the country, from street food stalls to top restaurants, it is usually served with tahini (much like everything in Israel). Made up of chopped tomatoes, cucumbers, onions, parsley and topped with olive oil and lemon, this salad comes in many forms and variations and is a key ingredient to a traditional Israeli breakfast, as well as most dishes in Israeli cuisine. The key to a perfect salad is using very fresh vegetables and chopping them as finely as possible. 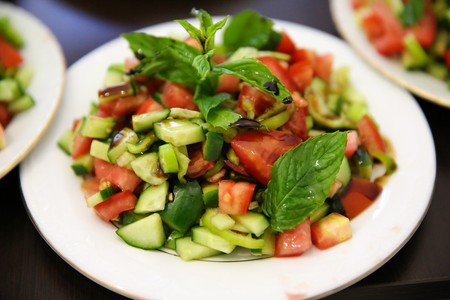 Falafel is the most popular fast food in Tel Aviv and in addition to being cheap, wholesome and delicious, these little balls of yummy are also naturally vegan! Made with chickpeas soaked overnight, they are then ground together with various ingredients such as parsley, scallions and garlic and deep-fried in the shape of small balls. Although they are deep-fried, the ingredients used to make falafel are all healthy, wholesome and usually organic. For a healthier alternative, opt to have your falafel with tahini, hummus and salad, instead of inside a pita. On the other hand, you only live once – and falafel in a pita is definitely a dish worth savouring. 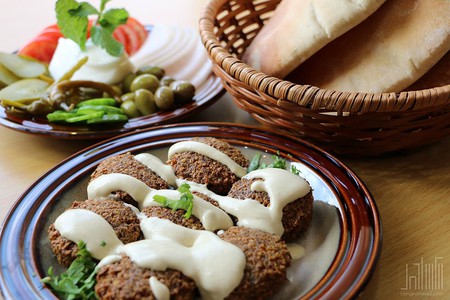 One of Israel’s staple desserts is a creamy milk-based pudding thickened with rice flour or cornstarch, which is then topped with sweet syrup, rose water, coconut and peanuts. Hamalabiya in Tel Aviv, a chain of Malabi stalls with several outlets around the city, makes an incredible dairy-free version (made with coconut milk) of the famous dessert, drawing hundreds of hungry foodies, both vegan and meat-eaters, to enjoy it during all hours of the day. The vegan version of this dish is so good it’s actually called can’t-believe-it’s-vegan Malabi on their menu. 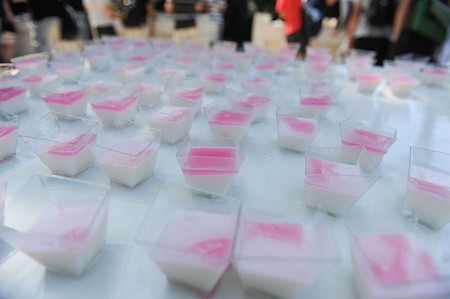