6 Things to Know About the Hebrew Language’s Incredible Revival 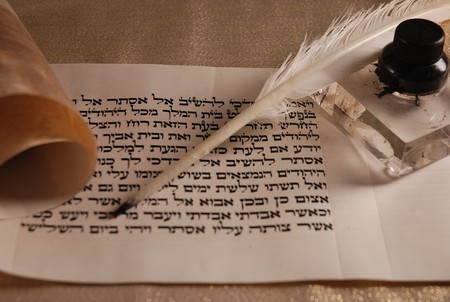 How did the Jewish people revive an ancient language that had been largely dormant for 2,000 years, modernize it, and establish it as the national language in the new Israeli state? The unique story of Hebrew’s revival is as miraculous as it is intriguing, and reflects the Jewish people’s intense struggles in the diaspora and the trials and tribulations of the Zionist movement.

Jews and the Hebrew language – it goes way back

Hebrew was the language used by Jews in biblical times; its usage can be traced back to the second millennium BCE. Jews used it to both write and speak until the fall of Jerusalem in 587 BCE, following the Babylonian Siege.

From that point until the nineteenth century, Hebrew was used almost exclusively for prayers and literature: Eastern European Jews mainly spoke Yiddish, and Sephardic Jews spoke Ladino or Arabic.

The notion that Hebrew was ‘revived’ might be a touch misleading. Research has found that in the first quarter of the 1800s, a form of spoken Hebrew was used in the markets of Jerusalem by its Jewish inhabitants, who came from different backgrounds and needed a common means of communication. 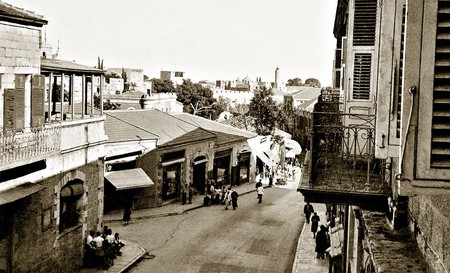 The father of Modern Hebrew is Eliezer Ben Yehuda

While numerous factors played a part in Hebrew’s revival, Eliezer Ben Yehuda is seen as the protagonist behind its growth in Palestine. Born in 1858 in Lithuania, he became obsessed with the idea of a Jewish nation state and a unifying Hebrew language, and moved to Jerusalem in 1881 to pursue his dream.

Gradually, he convinced friends to copy his endeavors and incorporate Hebrew into their daily interactions. He got teachers in Jewish schools in Palestine on board with his vision, who also saw the practical benefits a unifying language would bring in the diverse and multicultural classrooms at the time.

He disseminated lists of new words through Hebrew language periodicals and established Va’ad Halashon, the Language Council, which exists to this day as the Academy of the Hebrew Language, which approves new Hebrew words.

Today is the 158th anniversary of the birth of Eliezer Ben-Yehuda the father of modern Hebrew. I'm grateful for the singleness of purpose that he dedicated his life to reviving Hebrew as a spoken language. It's pretty remarkable the power that one person can have. https://m.youtube.com/watch?v=pgjq8uqQ79E #Hebrew #eliezerbenyehuda #powerofone #rabbigarykatz

Ben Yehuda declared his household as Hebrew speaking only, including with his newly born son. It is said that Ben Yehuda yelled at his wife after catching her singing a lullaby in Russian. Little did she know that this was the start of modern Hebrew’s journey to becoming the mother tongue of millions of Israelis.

A Hebrew renaissance began in Eastern Europe in the 1880s, caused by anti Jewish violence. This violence, combined with the Jewish haskalah (Enlightenment), catalyzed the growth of a Jewish national consciousness – Zionism.

This triggered Jewish emigration to Palestine, which led to the emergence of hundreds of Hebrew-speaking groups in Russia, and to a steep rise in status and value of Hebrew literature. In the coming years, waves of Russians would emigrate to Palestine which played a key role in the eventual ascension of the Hebrew language.

In 1922, the British Mandate officially recognized Hebrew as the language of Palestine’s Jewish inhabitants, which is testament to the hard work and success of Ben Yehuda and his fellow Zionist pioneers in spreading the language. 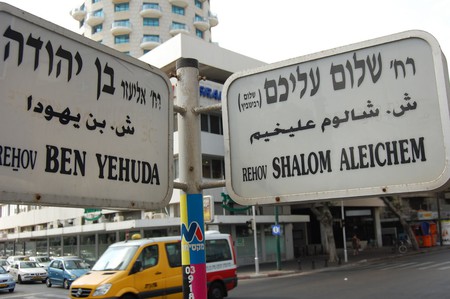 Ben Yehuda Street, Tel Aviv | CC BY 2.0
Give us feedback