6 Popular Israeli Drinks You Should Try 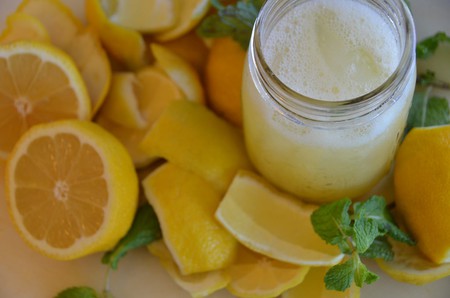 Tubi 60 is a potent liquor that originates from the northern city of Haifa. It has recently asserted itself as a staple in Israel’s nightlife, thanks to its lemon and herb flavour, hipster association, and euphoric ‘high’ effect. Tubi 60 is perhaps the most enigmatic drink in Israel – no one really knows exactly what’s in it. Some compare its effect to that of the drug Ecstasy, yet the company that manufactures it insists that the drink’s ingredients are compliant with Israeli and international health standards.

Another potent liquor, arak can be found in almost every Israeli bar or club and is particularly popular among millennials. Arak originates from Lebanon; its arrival in Israel was a by-product of immigration from Middle Eastern and North African countries. It is made by distilling grapes into neutral alcohol, to which anise is then added. The result is a clear, liquorice-flavored beverage that is often served with ice and mixed with water, lemonade, or grapefruit juice.

Shoko b’sakit translates as “chocolate milk in a bag”, which is exactly what this popular Israeli drink is! Its popularity is by no means confined to children – fully-grown adults are as equally likely to be seen quenching their thirst with this curious yet delicious Israeli favourite! Comparable to a juice box (minus the straw), simply rip or bite the corner off and pour it into your mouth like a true Israeli.

What you know about bagged chocolate milk #ShokoBsakit

Sachlav is something in-between food and beverage: a thick, milk-based drink served hot and topped with pistachios, grated coconut and raisins. It is not unique to Israel – its roots lie in Turkey and it’s popular in numerous Middle Eastern countries today. Traditionally made using ground orchid bulbs, this sweet, creamy drink is perfect to keep you warm during winter months, and is also said to be an aphrodisiac!

JERUSALEM EATS III 🍴💙🍴. Not everything that was eaten is pictured, and not everything that is pictured did I eat 😐. I did taste everything though, and only posted things that I would recommend. So feel free to hit me up for any suggestions on where and what to indulge in when you're lucky enough to be eastward bound ✈️! swipeLEFT⬅️ #dietstartstomorrow #cuppacino #sahlab #sachlav #cauliflower #salad #middleasterneats #pizza #focaccia #malabi #jerusalem #travel #traveldiaries #travelgirl #holidays #koshertravel #foodie #kosher #foodfest #cityofgold #nevergetsold #israel #sukkot #jewishholidays #huffposttaste #huffposttravel #eatyourheartout #instayum #koshereats #artisancrunch 🔝More up in INSTASTORIES ➖✏️➖ I love your comments and feedback almost as much as I love my food 😍. So feel free (or pressured, whatever works 😉 to COMMENT below. ➖✏️➖

To many people, an iced coffee is a couple of shots of espresso mixed with ice cubes and milk or water. However, if you ask for an “ice café” in Israel, you will receive a deliciously sweet and refreshing coffee-flavoured slushy. Israel’s main coffee chain, Aroma, is famous for its ice café, which is the ultimate antidote to the intense Middle Eastern heat. But if you want a typical American-style ‘iced coffee’, ask for a “cafe kar” (literally, “cold coffee”).

Israel’s classic summer beverage, limonana (a combination of the Hebrew words for lemon and mint) is a refreshing mix of icy lemonade and crushed mint leaves. Ubiquitous in cafés and restaurants throughout the country, this is a summer favourite that is sure to cool you down.