5 Israeli Painters You Should Know About

Israel is a labyrinth of paradoxes – it is new and ancient, desert and fertile, holy and war-torn. Here are five Israeli painters who lather these antonyms onto canvases and make them shine. Every person, building and rolling hill emerging from their brushes are both fresh and mature, simple and complex. The perspectives adopted by these artists do not abide by natural laws, but they present an image of Israel which is truer than life. 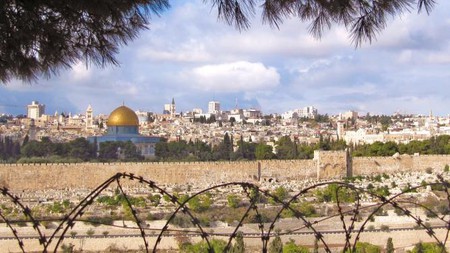 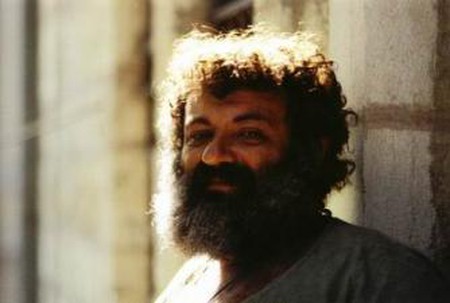 Kadishman: large, grizzly, with the personality of a teddy bear, is the essence of Israeli art. This is a man who chooses to spend his time painting thousands of fluffy sheep in a rainbow of hues. The death of his father forced Kadishman to drop out of school at age 15. He enlisted in the army and became a Shepard on the Ma’ayan Baruch Kibbutz in Galilee. Though he left to study art at the Avni Institute, his sheep were waiting on the outskirts of his sub-conscience to trot into his later paintings. After gaining international recognition for his sculptures, Kadishamn did his first ‘painting’ with sheep. The sheep with colored backs were the paint while their barbed-wire pen was the picture frame. They ‘baw’ed and ambled their way around his Live Action Painting. 17 years later, as an encore to his fame, Kadishman paints thousands of canvases with similar-but-unique sheep as the subject. They are playful, bright, and instantly iconic. Just as the idea of pop art is embodied in Warhol’s Campbell soup cans, so too do these humble sheep carry the notion of Israeli art. 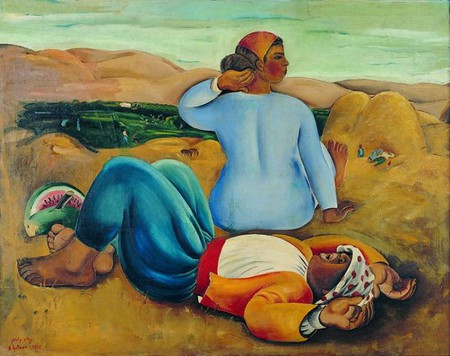 Born in Russia, Gutman soon moved to Tel Aviv, Israel. The city instantly sparked his imagination and manifested itself in countless drawings and paintings. He left high school at the age of 15 to study at Bezalel. After that, he spent six years studying art across Europe. When he returned to Israel, he worked alongside other influential Israeli artists to create the ‘Land of Israel Style’. This style seems primitive on a first impression but is deceptively intelligent and thought-out. Gutman’s lumbering figures are a reference to ancient Assyrian sculpture and Persian miniature paintings. In each painting, something in the landscape is changed or replaced. This surprises the viewer and makes even a native Israeli look at their land as if for the first time. In Gutman’s own words: ‘this is the key to a fresh, preliminary view [of life]’. 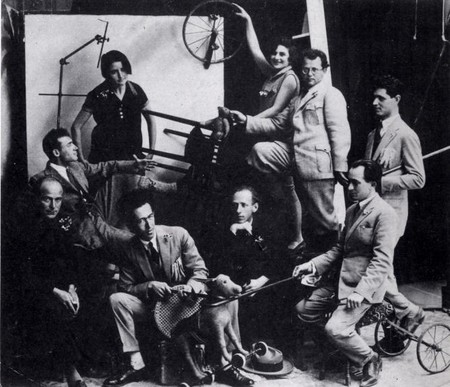 Despite opposition, Tagger broke free from tradition and paved the way for Israeli artists and women everywhere. She studied at Levinsky College of Education before leaving—with great resistance from her family and probably society – to study art at Bezalel and, later, Paris. ‘I felt I had no right existing without painting,’ she explains her rebellion. However, the Bezalel School, well known for its adherence to tradition and strictly representational art, was not a comfortable fit for Tagger. She felt much more at home among the Futurist artists in France. When she returned to Israel, she fused both styles: portraits and local landscapes with bright colors and elements of cubism. She spent the rest of her time pioneering the ‘Land of Israel Style’ and being an ambassador for Israeli artists. She represented Israel at the Venice Biennale in 1948, where her art was displayed alongside prominent modernists such as Salvador Dali and Pablo Picasso. 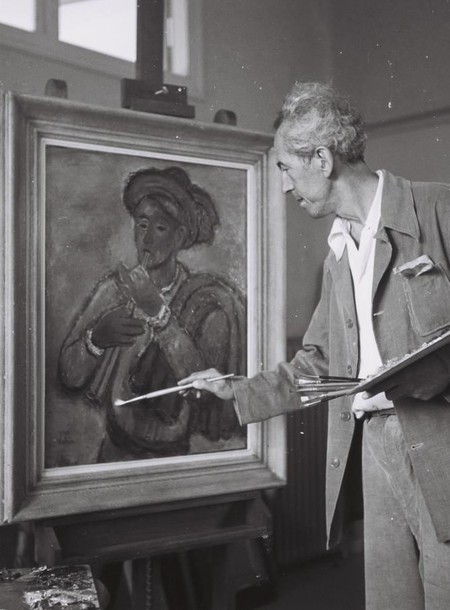 Despite his paintings’ iconic adherence to the Israeli style, Rubin did most of his painting outside of Israel. Romanian- born Rubin came to Israel to study at Bezalel at the age of 15. He soon found the ridged academic style too stiff for his art. He left after just a year to pursue his style in Paris at École Nationale Supérieure des Beaux-Arts. During World War I, he returned to Romania. He then traveled to New York where he had his first solo exhibition at the Anderson Gallery. He returned to Israel where his style took to the up-and-coming ‘Land of Israel Style’. His paintings of the land and natural inhabitants of Israel – Arabs, Yemenite, and Hasidic Jews – have a spiritual edge. His use of light, pastel colors, naïve proportions and sensitivity display the folklore and myth of Israel which realism could never capture. 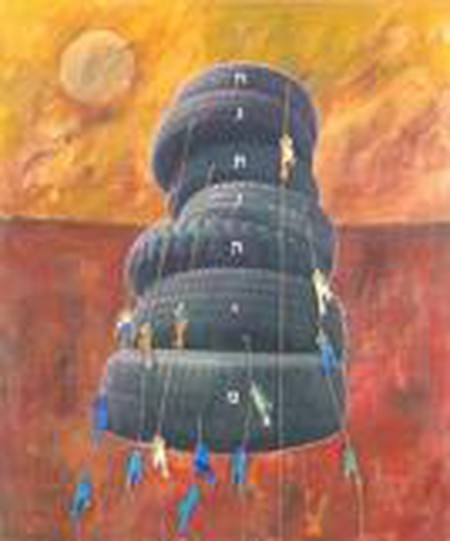 Rosenman was born in Israel and moved to Chile when she was 9 years-old. The vibrancy of Latin America never left her even when she returned to Israel to study sociology and literature at university, and later, contemporary art at the Anvi Institute. Her paintings are the strange and beautiful dance between blazing South-American colour, Israeli mysticism, and modernity. What sets Rosenman apart from others is her use of art as a tool to raise cultural awareness. A motif in her paintings is the ladder – unlike normal ladders, made of wood and rungs, her ladders are made with by-products of consumerism: everything from old chairs and tires to dishware and televisions. Her paintings illustrate the vain human struggle toward divinity via materialism, and set the stage for a new generation of Israeli artists.

Amber Freeman is a 24-year-old artist who enjoys traveling, hiking, reading, learning, dancing, and all the strange but beautiful combinations there within. She is from Florida, US, but is currently traveling around the world in search of a perfectly ripe avocado.