5 Films That Will Make You Fall in Love with Israel

Israeli cinema has truly taken off in recent decades, tackling subjects that are at once difficult, diverse and enchanting. We check out the five films that really make Israel come to life, showcasing the very best of the country and its people. 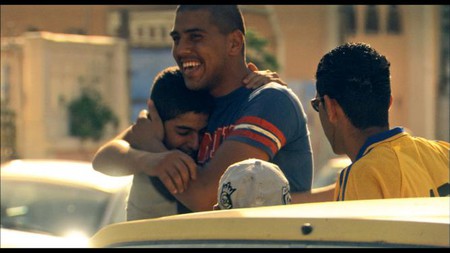 This is the tale of Israeli Muslim and Christian Arabs, Palestinians, and Jews all trying to coexist in Ajami, an area of Jaffa boiling over with tension. Omar, an Israeli Arab Muslim, is courting an Arab Christian girl, Hadir, and trying to protect his family from criminals. Malek, an illegal Palestinian worker, is saving money to help his mother. Binj, another Israeli Arab Muslim, is dating a Jewish Israeli girl, and Dando, an Israeli Jewish police officer, is looking for his missing brother, an Israeli soldier he suspects has been killed by Palestinians. The story, fraught with cultural tension and violence, is told from these differing perspectives and portrayed spectacularly by local non-actors. A remarkably realistic and genuine film, this is sure to satisfy an audience that seeks both truthful depictions of conflict in Israel and sympathetic characters.

This drama is told primarily from the perspective of Tami Gerlik, with sections presented through the eyes of her mother, Rachel Gerlik, who has been widowed for one year and is trying to find a new husband. Set against the backdrop of the burgeoning movement towards settling the West Bank, Rachel struggles to be seen as a serious candidate for a settlement that is yet to be built, despite the fatherless household and the resistance she encounters from both Tami and her other daughter, Esti. A heartwarming and often funny story of a family in a moderate state of crisis, this film deals with both the smaller world of family drama and the greater problems of a political movement.

An original dark comedy about everyday life for a unit of young female Israeli soldiers, Zero Motivation is a story of young women questioning their commitment to love, friendship, and country amidst video games, staple gun duels, and mismatched personalities. Counting each painful minute at their remote desert base, one gets an in-depth look not only at some of the absurdities of the bureaucracy and sexism, but at the underlying honesty with which these women view their roles – as very short-term, almost unimportant jobs with little to no views of larger geo-political goals.

This is a poetic and quirky tale of three women living in Tel Aviv, who are attempting to deal with disastrous honeymoons, underpaying jobs, an unexpected child to care for, and guilt. The story, often funny with an undercurrent of melancholy, portrays some of the pitfalls of modern life and gives the viewer relatable, understandable characters in sometimes astonishing and strange situations alongside more standard, though challenging, circumstances. If you are looking for an entirely engaging and unusual film, this is it.

‘Ha-Ushipizin’, meaning ‘the guests’, tells some of its story in the title. The guests, Yossef and Eliyahu, arrive unexpectedly to stay with Orthodox Jewish couple Moshe and Malli for the seven-day festival of Succot. Aside from struggling to handle the two disruptive and often hazardous guests, the couple faces trial after trial over the course of Succot as they pray ardently for a child and deal with blatantly non-religious guests who cause the already stressful situation to burst into full-fledged upset and domestic crisis. This dramatic comedy deals with both lighthearted as well as serious subject matter such as faith, trust, and perseverance, resulting in an instant classic that can be watched and re-watched.