3 LGBT Israeli Artists You Should Know

In the past decade, the LGBT community in Israel has grown and established itself. This probably has a lot to do with progressive countries that legalised same sex marriage and support sex reassignment surgery yet locally, people’s sex seems less of an issue and parenting nowadays does not necessarily require a mum and a dad. In the arts, gender and sexuality are no longer taboos and gay artists openly address them. 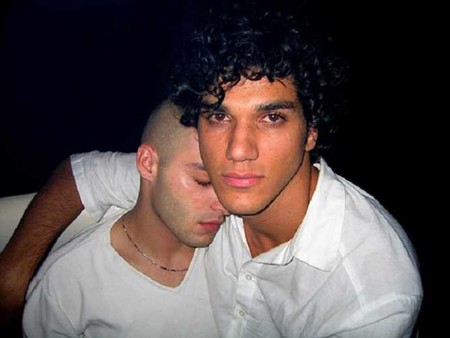 Hanna Sahar, Adi Nes and Uri Gershuni are three Israeli photographers, who’s art focuses on beauty, youth, sexuality, gender and everything in between (gender role playing, homo-eroticism and longing). Although they all capture figures, mainly portraits and mainly of the same sex as the artist, one cannot assume their work is similar. Those figures tell three different stories. Each artist’s story.

Uri Gershuni, born in 1970, is a photographer and tutor. He chose photography as his artistic medium, almost in opposition of his parents’ choices. He is the son of a well-known painter, Moshe Gershuni, and sculptor and jewelry designer Bianca Eshel Gershuni. His brother Aram is a painter as well. Parallel to the journey into the obscurity of the history of photography, Uri’s work also shows a constant journey into the inner-self. Armed with a camera, Gershuni has traveled far and has had many unbelievable experiences. Despite his extensive experience and travels, the feeling of emptiness, almost futility, is vivid in his photographs. The backgrounds of his photos tend to be neglected and the figures have a lost, unfulfilled expression in their eyes. Each image is another documented attempt to find peace, and a reflection of the artist’s endless search for belonging.

Uri Gershuni has two shows running concurrently until late August 2015. Apollo and the Chimney Sweeper is at the Israel Museum in Jerusalem. In the Court of the White Lady is an exhibit featured at the Herzliya Museum in Herzliya. 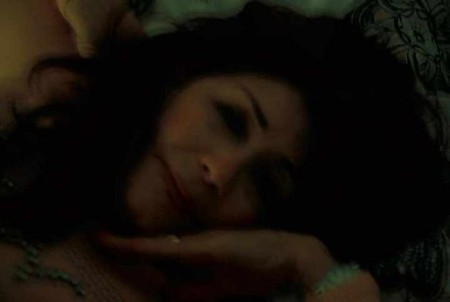 Hanna Sahar is also a photographer. Her work moves between photos of remote nature, female nudity and delicate females portraits – all floating in soft, romantic light. Her portraits of her female family members from Iraq aim to reverse traditional gender roles. Instead of the subject, she, as the female, is the artist and photographer. Not only does she aim to change gender stereotypes, as a Middle Eastern woman she also fights Eastern vs. Western stereotypes. The hologram-like feel of her photos bring the viewers back a few decades to the 1970s, and the jewels on the women sparkle to emphasize their femininity. The lighting, which is well recognised in the Sahar’s work, is melancholic with turbid gaze. However, when manipulated properly, the women’s beauty is openly exposed.

You can see more of Hanna Sahar’s work until mid October 2015 at the Haifa Museum in the exhibit Things You See From Over There. 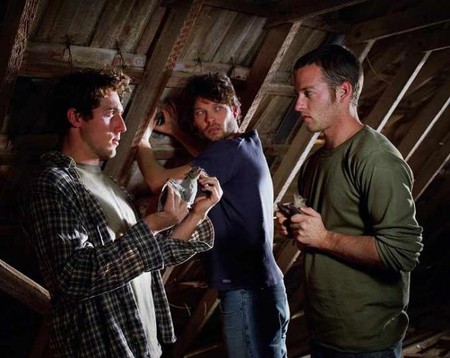 Adi Nes is an art photographer and a researcher. His photographs are staged and loaded with visual and textual references, many of which can be missed by the viewer at first glance. Nes takes his time to capture a refined image, sometimes taking a couple of years. The process includes long months of research, location hunting, set-building, designing, and lighting. The preparatory shooting to develop and build the proper composition, such as applying make-up and staging, is also intricately planned. Seemingly, it’s the background story of the image that has more meaning than the actual image itself. Contextually speaking, Adi Nes draws inspiration from his upbringing in the southern town of Kiryat Gat. He is also inspired by the collective Israeli memory and universal art history. Central themes revolve around Israeli identity, the center vs. the periphery, local myths, biblical stories, Eastern vs. Western cultures, gender, masculinity, homo-eroticism, militarism and humanism.

Amongst shows in Milwaukee, Israel and Latvia, Nes also participates in Athens Photo Festival which runs until the end of July 2015.

Inbal was born in Israel, has lived in several places and is currently based in Ramat Gan. She’s a visual artist and a writer, living between the second and third dimensions. Nowadays she’s an art teacher and living the dream to use her verbal passion in order to express her visual passion. She practices photography, installation art and has recently been exploring sound. You can find her on www.inbaldrue.com.