15 Epic Places in Israel Every Local Is Proud Of 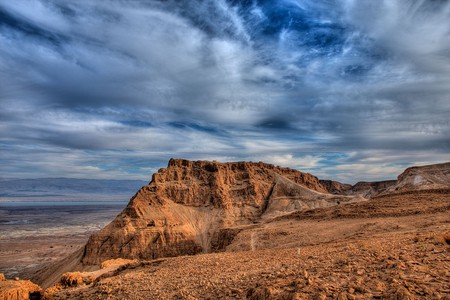 Despite its humble size, Israel boasts an incredible range of awe-inspiring attractions. The huge number of people who’ve migrated here over the ages have created a country filled with sites you would be a fool to miss. Obviously, it’s impossible to see everything in one trip, but here are just a few attractions the locals are particularly proud of.

The Western Wall, or Kotel as the locals know it, is the holiest site in Judaism, and the Temple Mount right behind it hosts one of the most important mosques for Muslims worldwide. Situated near the heart of Jerusalem’s Old City, the Western Wall is surrounded by aeons of history and the physical marks they left. From the Church of the Holy Sepulchre, through the Via Dolorosa, to the ancient city walls – built by generations of Israelite and foreign rulers – Jerusalem offers glimpses to ages past. 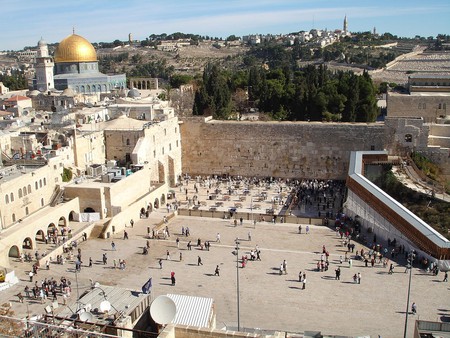 The Western Wall and Dome of the Rock | © Golasso

On the threshold of the Judean desert, south of Jerusalem, lies the magnificent Herodium – King Herod’s Palace. Part artificial mountain, part castle, part palace, the Herodium’s audacious size is breathtaking. From the mountain’s peak is visible the far reaches of the Judean desert, the Dead Sea and Jordan’s Moab Mountains. The King’s grave, the private theatre and the remains of the palace provide serious interest for history buffs, while the secret tunnels dug out by Jewish rebels tell a tale of bloody intrigue and ingenuity.

Overlooking the Dead Sea is the ancient fortress of Masada. Built during the 1st century BCE, the fortress occupies a table-shaped mountain. Although now convenient ways to get to the top – including a handy cable car – back then the fortress was only accessible by serpentine pathways snaking up the mountain. Many have taken advantage of its elevated, inaccessible position, including Herod the Great, Roman garrisons, and the Jewish rebels who sought to drive the Romans from the land. If possible, any visitor should make sure to catch the sunrise from the top of the mountain.

Just a stone’s throw from Masada is the stunning Ein Gedi Nature Reserve. The oasis offers a breath of refreshing air for any traveller weary from the desert heat. Ibexes and rabbits roam the ground between the various walking trails, along which are situated an ancient synagogue and a copper age temple. A dip in the cool water will provide ample refreshment after a hot day exploring the beautiful surroundings. Ein Gedi, beloved by all Israelis, is an absolute must-visit for all nature lovers.

Despite its name, the Dead Sea does contain some life – albeit none of the larger creatures usually found in marine environments – and its mud is world-renowned for rejuvenating the skin. Both of these factors are caused by the sea’s incredibly high levels of salt. At almost 34%, the high salinity makes for some unique swimming experiences: buoyed by the water, floating in the Dead Sea feels like an otherworldly experience. At 430 metres (1,410 feet) below sea level, the Salt Sea, as it’s otherwise known, is the lowest point anywhere on Earth – a great place to relax after exploring the surrounding desert.

The Beit Guvrin National Park is often called ‘land of a thousand caves’. Scholars believe the countless caves strewn around the area were originally quarries, but some seem also to have been burial caves. The Bell Caves especially deserve a visit – these impressive excavations reach a height of 25 metres (82 feet), 80 of them were at one time connected by underground passageways. The nearly intact Roman amphitheatre, and the impressive remains of a Crusader church and fortress are nearby and also worth your time.

Makhtesh Ramon, also know as Ramon Crater, is a unique geological formation of a kind found only in Israel and the Sinai peninsula of Egypt. The Makhtesh is some 40 kilometres long (25 miles), 2–10 kilometres wide and 500 metres deep, with a shape reminiscent of an elongated heart. Due to its isolated nature, Makhtesh Ramon is the least light-polluted place in Israel – a perfect location to view the Milky Way and astronomical events.

The ancient port city of Acre, or Akko, in northern Israel lies in a natural harbour of exquisite beauty. Its strategic importance drew conquerors from around the world, from Alexander the Great, through the Crusaders who established their capital in it, to the Ottoman Empire. Napoleon, too, tried to take the port city, but was unsuccessful. In the 21st century, Acre dazzles visitors with its wonderful Middle Eastern market, offering fresh fish, clothing and more, and its theatre and music festivals.

Bahá’i Gardens in Acre and Haifa

After being exiled from his native city of Tehran, Bahá’u’lláh, the founder of the Baha’i Faith, found himself in the port city of Acre, which became the centre of his new religion. A circular garden with fig trees and the remains of an olive grove surround the mansion where he lived during the final years of his life and, along with the gardens in the adjacent city, Haifa, deserves a place on your Israel bucket-list. Both are on the UNESCO World Heritage List and both truly a site to behold. The garden in Haifa consists of 19 terraces pointing down to the sea and provides ample reprieve for those visiting the bustling city. 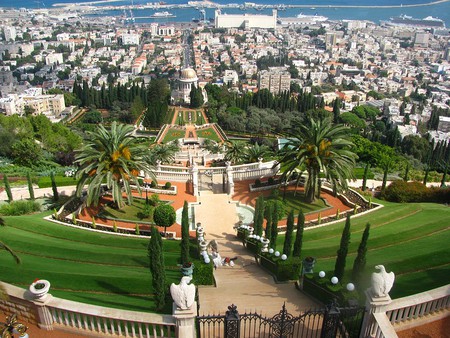 Nimrod Fortress, or Qal’at al-Subeiba (Castle of the Large Cliff), is a medieval Muslim castle situated on the southern slopes of Mount Hermon, Israel’s tallest mountain. Built in the 13th century to defend the road to Damascus, the castle was destroyed in an 18th-century earthquake. Now, the ruins of Israel’s largest fortress provide stunning views of the Golan Heights and the surrounding area. “Secret corridors” and underground tunnels hint at a mysterious past, and the aptly named “Beautiful Tower” is a great example of Islamic architecture.

Tucked away in the Carmel mountain range near Haifa, the Caves of Nahak Me’arot are a UNESCO Site of Human Evolution, designated due to their “outstanding universal value”. Overlooking the coastal plain, the prehistoric caves have hosted human and pre-human settlements for millennia. As such, they’re one of the most well-known archeological sites for scientists studying the development of modern humans and an inspiring end point for a day trip visiting the beautiful Mount Carmel.

Monfort Castle has long since become part of every Israeli’s DNA. The remains of the medieval castle provide a fascinating glimpse into the history of the Crusader Kingdom of Jerusalem. Monfort Castle, one of the Holy Land’s most beautiful examples of defensive architecture, is located some 13 kilometres outside the northern city of Nahariya inside the lush Nahal Kziv nature reserve. Built by the Teutonic Order, the fortress sits atop a narrow, steep cliff – a natural barrier which has the added bonus of providing stunning views of the surrounding area. 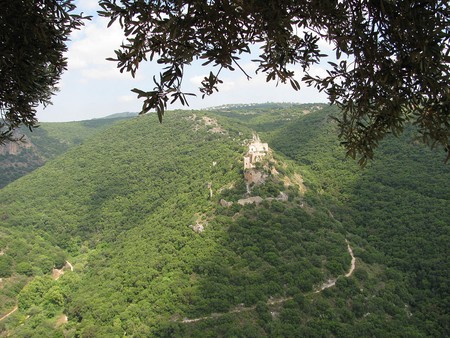 The White City is a World Cultural Heritage designated collection of over 4,000 buildings at the heart of Tel-Aviv, built in the distinctive International architectural style. This densely packed neighbourhood transports visitors to the 1930s, where architects produced buildings using utilitarian Bauhaus principles to exemplify the modernist utopian ethos of the young country. Any architecture admirer will love this glimpse into the past.

Tel-Aviv’s beaches may not be the most picturesque, but what they lack in beauty is more than made up for in atmosphere. The promenade and its surrounding streets serve as the centre of the city’s nightlife and the beaches a place to soak in the sun. During the world-famous Tel-Aviv Pride Parade, crowds pack the area for processions taking place along the waterfront and a party on the beach. No trip is complete without a visit here.

The ancient port city of Jaffa, which lies at the southern edge of Tel-Aviv, has been constantly inhabited since 7,500 BCE. The city is famous for providing a setting for the biblical stories of Solomon, Jonah and Peter, as well as Andromeda and Perseus’s escapades in Greek mythology. But the real reason to visit Jaffa is its stunning port and the narrow, sneaking passageways above it. Near is the Artists’ Quarter, which has numerous galleries showcasing local contemporary and traditional art. 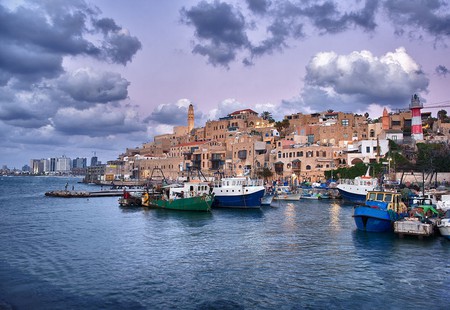