13 Signs That Prove You're Becoming a True Israeli

When you first arrive in Israel, it is likely you will be lacking in most of the traits and idiosyncrasies that characterize its people. As time goes by, however, you will gradually adapt and adopt the local culture and mentality—for better and for worse. Here are 13 signs that you’re on your way….

Hummus any time of the day

Hummus is eaten in alarming quantities in Israel. Whether it is breakfast, lunch, dinner or any time in between, big bowls of hummus are being devoured by people throughout the country. Perhaps one of the biggest indicators that you’re becoming a true Israeli is when eating a massive bowl of hummus with pita bread and raw onions at 11 a.m. seems perfectly normal. 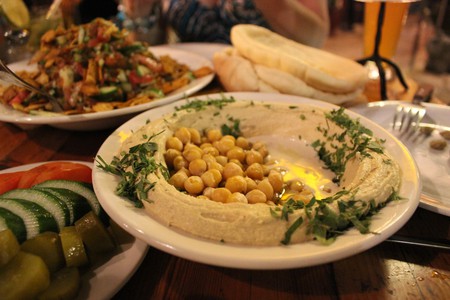 Protectsia is the Hebrew word for “using connections to your advantage,” and this can get you a long way in Israel. Israelis have the necessary chutzpah to use their own protectsia when needed, whether it’s to receive a job or a hot pair of concert tickets. If you’re an immigrant in Israel, the first time you successfully use protectsia will be a landmark moment, and one that solidifies your status as an Israeli citizen!

Not freaking out at the sight of cockroaches

Cockroaches, or jookim as they’re called in Hebrew, are common sights in Israel, especially in summer, and they often make their way into people’s homes. Sooner or later, your initial reaction to freak out will be replaced by a quiet sigh of resignation and acceptance.

You own these two pairs of shoes

Two of the most popular shoe brands in Israel are Birkenstock sandals and Blundstone boots. Both are simple, unisex, and super comfortable, and can be worn for pretty much any time of the year and any occasion. If you don’t speak or behave like an Israeli, then owning these two pairs of shoes will at least help you look like one!

The stereotype of Israelis being strongly opinionated and hot-headed is, well, pretty accurate. Maybe it’s the Middle Eastern heat, maybe it’s something deeply ingrained in the culture, but for whatever reason Israelis are prone to entering passionate debates about pretty much anything from the best hummus spot in town to the government’s policies. With time, you’ll naturally find yourself adopting this trait.

Israel is a tiny country, and is around the same size as Wales. For example, you can travel from north to south Tel Aviv—Israel’s second largest city—by bike in around 20 minutes. For immigrants from major cities such as New York or London, distances in Israel are thoroughly manageable. However, for Israelis, what English people or Americans deem a short journey is often seen as a schlep. As soon as the fifteen-minute walk to your friend’s apartment seems like too much of an effort, you know you’ve become a true local.

You drink chocolate milk from a bag

One of the most classic and popular drinks in Israel is choco b’sakit—chocolate milk in a bag. Its popularity is by no means confined to children—grown men are just as likely to be seen drinking this! Until you’ve bought one of these, ripped it open from the corner, and begun drinking from it without a care in the world, you can’t be considered an Israeli.

You say “nu” in every sentence

Nu is a Yiddish word that has made its way into everyday Hebrew discourse. It means “so….” or “go on….;” in essence a word to push someone to get to the point, and one that is often used in an impatient tone. Once you begin using this word regularly, which is probably a sign that you’ve become impatient—another thoroughly Israeli trait—you will be on your way to becoming culturally Israeli.

You successfully navigate the Monit Sherut

The monit sherut is a form of public transport that is usually a 10-seater minivan. They are very common throughout Israel and are effective ways of getting around. However, for a tourist or new immigrant, they are confusing, daunting, and difficult to get the hang of. The moment you confidently hail a monit sherut, sit down in the back, and pass your coins down to the driver via every passenger in front of you, you will have passed one of the true tests of being Israeli.

You naturally use Israeli sounds

Israelis use idiosyncratic and amusing sounds for different feelings or circumstances. For example: ichhh is used for something disgusting (like “ew”), oo-ah is used when reacting to something impressive (for instance when a waiter brings your food and it looks incredible), ooof is used when you’re frustrated or angry, and pssshhh is used to convey being impressed by something or someone. The moment these sounds enter your day-to-day vocabulary, you’re on your way to sounding like a true Israeli.

Israelis smoke a lot, especially using loose tobacco. This is because of its comparatively lower tax rates, which make smoking roll-ups 43% cheaper than ready-rolled cigarettes. It won’t be long before you’re smoking roll-ups like a local.

You become determined to avoid being a fryer

A fryer is the Hebrew word for a “sucker”—something nobody in Israel wants to be seen as. This usually means you will bargain hard, ensure you’re never being ripped off or taken advantage of, and persevere when faced with challenges. 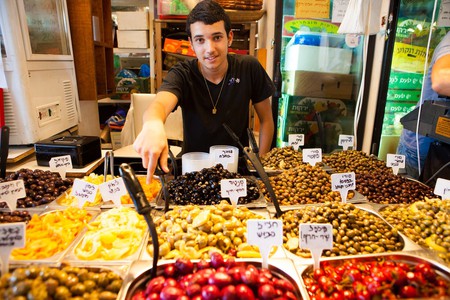 Israelis are open and warm people, generally speaking. Whether you’re talking to a taxi driver or your electrician, it is perfectly normal for conversations to develop within minutes from small talk to sharing your hopes and ambitions for the future and the dynamics of your family.