12 Of The Greatest Israeli Musicians To Ever Live 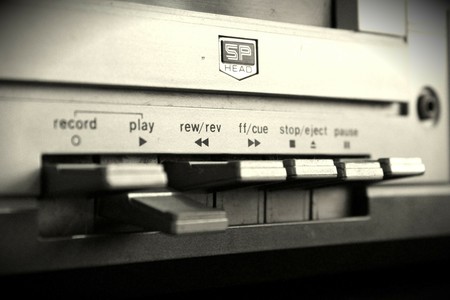 Israel is the home of numerous talented musicians who have influenced the world greatly. Discover 12 remarkable and iconic Israeli musicians and bands whose contribution to the world of music has been influential in Israel and beyond.

Hadorbanim was an Israeli disco, pop, funk, and rock band. You can find howling guitars, driving synthesizers, horns and violins, even a whole philharmonic orchestra creating the music of Hadobarim. Unfortunately, the band, formed in 1999, broke up in September 2009 leaving only three albums for adoring fans: Kobi (2003), Levi (2006), First After The Second (2009).

Ofra Haza began entertaining audiences from the young age of 11. Ofra came from the poor Hatikva district of Tel Aviv. She was the youngest of eight children, born to a generation of Yemenite Jews whose ancient way of life changed when their entire population was airlifted to the newly founded Israel. Fifty Gates of Wisdom, her 1985 album brought her international fame. Delightful and inspiring, it is written in the festive devotional style called diwan, which is common to all oriental Jewish communities and can be sung in Hebrew, Aramaic, or Arabic. Sadly, Ofra Haza died in the year 2000.

For genuine Middle Eastern music, Zohar Argov is the king of Mizrahi music and one of Israel’s most popular musicians. He was born in Rishon LeZion and grew up in a poor family, the eldest of 10 children. Zohar took part in the singing and chanting of the religious Yemenite community from an early age. Argov was among the first singers to achieve commercial and nationwide success in the sphere of Mizrahi-style music, despite the fact that his music was not mainstream at the time, and radio stations gave preference to pop music from overseas.

If you love guitar music, you must listen to Roman Arye-Alexeyev, a fascinating Russian-Israeli guitarist. Arye-Alexeyev was born in Siberia and was inspired by classical rock bands such as Led Zeppelin, Pink Floyd, Queen and, of course, Ritchie Blackmore of Deep Purple. However, his music consists not only of the rock-dinosaurs inheritance but also of jazz and some classical motifs. You can certainly feel the trace of Wes Montgomery and Django Reinhardt in Arye-Alexeyev’s compositions.

David was born in Holon, Israel, although his roots are in Libya. David’s parents wanted their son to become a lawyer or a doctor, but, fortunately, David loved to sing too much and didn’t want to betray his true passion. As a teenager, David D’or trained his voice to cover high and low ranges and after his military service he was invited by the Israeli National Theater (Habima Theater) where he received outstanding reviews. Such a great talent could not remain unnoticed, and David, who is able to cover more than four octaves with his voice, is a three-time winner of the Israeli Singer of the Year and Best Vocal Performer awards. He also participated in the 2004 Eurovision Song Contest, in which he placed 11th in the semifinal. By February 2008, nine of his albums had gone platinum.

Those who prefer classical instrumental music should certainly pay attention to Itzhak Perlman, an Israeli-American violinist, conductor, and pedagogue. He was born in Tel Aviv in 1945 to a family of Polish immigrants. Perlman first became interested in violin after hearing a classical music performance on the radio. He wanted to enter Shulamit Conservatory at the age of three, but he was too small to hold a violin. Instead he learned using a toy fiddle until he was able to enter Conservatory. Perelman has five Grammy Awards for performing classical music, although he is also known for performing traditional Jewish music and jazz. If you have seen the movie Schindler’s List, you have certainly heard the charming violin sounds provided by Itzhak Perlman.

Lazer Lloyd was born in New York and raised by a music-loving father. He was taught by notable musicians including jazz bassist Milt Hinton and Blood, Sweat & Tears’ Randy Brecker. A tall man with a bushy beard wearing jeans, a shirt, and hat, Llyod (born Lloyd Paul Blumen) makes the melding of religion and music sound consistent. For Lloyd, known as Israel’s King of the Blues, music has a healing capacity. When he is onstage it feels as if the blues plays him, not the other way around. Music pulses through his body and soul, making him bounce and nod and bob. Lloyd dives deep into his solos; closing his eyes, he shakes his head in blissful ecstasy, or frowns as he shreds a particularly nasty passage. “I want to bring the light of Israel to the world,” he said. “Music is the way you have to do it.”

Israeli rock star Berry Sakharof was born in Turkey in 1957 and moved to Israel with his family at age three. Known as the “prince of Israeli rock,” Sakharof began his musical career in the 1970s and became a rock star in Israel and Europe in the 1980s. Sakharof, a singer-guitarist, is most known outside Israel for his collaboration with the Infected Mushrooms – an Israeli psytrance/electronica/psychedelic duo. Although Sakharof music is more into rock, the principles and techniques of electronica are widely used in Sakharof’s rock creations together with remarkable lyrics.

Rockfour is a psychedelic rock band, formed in 1988 in Holon, Israel. Most of their lyrics are written in English. Rockfour have been influenced by classic bands such as The Beatles, The Zombies, The Who, and early Pink Floyd. However, Rockfour never follow any style of the mentioned above strictly, so their resulting sound is modern and distinct. The songs are nicely crafted, while the music itself has an authentic sound. The perfect band for those who miss the ’60s.

Ofer Dikovsky, better known by his stage name Oforia, is an electronic music artist and music producer. He is one of the longest standing Israeli electronic music artists. The master of full power intensive trance, Oforia has been active internationally creating the first form of the dominant Israeli electronic sound. Because of his work, he is considered one of the inventors of the genre in Israel. Besides his solo career, he was involved in musical projects Indoor, Tandu, Pigs in Space, Phreaky, OB1, and Ofer Di.

Russian-Israeli band Gevolt is a gem for those who love Rammstein. Expect a powerful electric sound, industrial riffs of Rammstein, pure and deep vocals, violin in the lead, and lyrics in Yiddish. The band was founded in Israel in 2001 by Anatholy Bonder and company. A violinist joined the band in 2005 and became crucial to the band’s sound. Later, synthesizers were added making for a total of six members who create a unique and exciting mix of metal, industrial and classic music elements fused with Russian traditional sounds. Serve with Yiddish traditional songs as a spice.

Haim Vitz, who was born in Karmiel, Israel, is one of the world’s most famous rock ‘n’ roll bass guitarists of the past century. At the start of his musical career, he covered his face with make up so that no one knew who was actually playing. Eventually when the band revealed themselves they had millions of fans with colored faces. With dozens of timeless hits and millions of fans from all over the world, we know this mysterious guitar player by the name Gene Simmons – The Demon from Kiss.