11 Tips For Travelling Solo in Israel 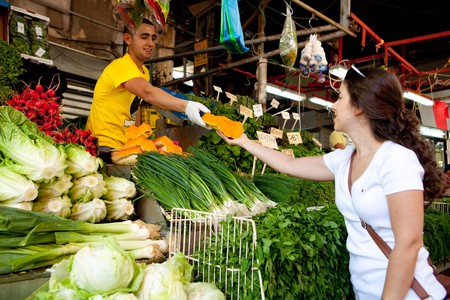 Israel is a tiny country but can nevertheless be a daunting place for a lone traveller: the language and alphabet are completely different, the culture is unique, and it is full of idiosyncrasies – some good, and some not so good – that you should be aware of. This is a list of dos and don’ts to ensure you have a smooth trip to the Holy Land.

Moovit is a lifesaver for tourists and locals alike. Download the free app to get accurate public transport schedules, live arrival and departure times, directions, and route plans. It also offers a car-sharing service, which is essentially hitchhiking but less scary: for a tiny fee, you can schedule a tremp (ride) within the app with Israeli drivers, all of whom have a profile and reviews.

The monit sheirut (service taxi) is pretty hard to get the hang of but it is certainly a useful and effective way to get around. They are shared taxis, normally 10-seater minivans, that are common throughout Israel. There are three types: those that operate within cities which follow fixed routes, those that travel between cities in which the driver will drop you off anywhere along the route, and those from Ben Gurion Airport that can take you right to your front door!

You don’t have to be at a bus stop to hail one – they can stop anywhere along their route so just stick your arm out, ask the driver if he’s going to where you need, and hop on. Sit down first and then pass your coins down – they’ll eventually arrive with the driver!

Hitchhiking, or tremping as it’s known in colloquial Hebrew, is not as prevalent as it used to be in Israel, but is still fairly common (although soldiers aren’t allowed to for security reasons). You won’t have much luck getting a tremp from within main urban areas such as Tel Aviv, but at highway junctions and more rural areas, you should be successful. As always, be sensible, and avoid potentially risky areas such as the West Bank.

Israeli society is altruistic by nature, so don’t be afraid to approach people for help. Locals will be more than happy to offer advice or directions, and most Israelis speak a decent level of English, especially in Tel Aviv.

Tell taxi drivers to use the monay

Israeli taxi drivers are known to rip off tourists, so be aware. One way to minimise the chances of this is by telling the driver to turn on his meter, or monay in Hebrew. Alternatively, download Gett, Israel’s version of Uber, which allows you to pay a legitimate price in advance with your credit card.

Do your research before visiting holy sites

If you’re planning a trip to Jerusalem, make sure to do some research about what to wear and customs. At the Western Wall, for instance, women must cover their shoulders and knees, and men must wear a kippa (skullcap). Moreover, it can be deemed disrespectful leaving the wall with your back towards it; as a result, it is customary to begin walking away from it by walking backwards, so you are still facing it. This research should also include checking the daily news: if there are tensions at the Temple Mount, for instance, put your visit there on hold. 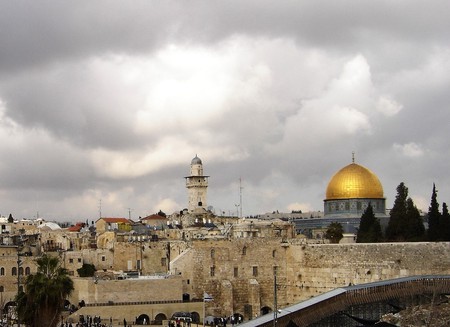 View of The Western Wall and The Golden Dome of the Rock, Jerusalem | © Leon Yaakov / Flickr

This is something pretty important for tourists to consider. Every week in Israel, as the sun sets on Friday evening and until it sets again on Saturday, public transportation comes to a halt and most restaurants and shops close. Plan around this to avoid getting stranded somewhere and make sure you have enough food! In Tel Aviv, however, many restaurants, bars, and supermarkets remain open over Shabbat.

Make a note of the Jewish/national holidays

Jewish and national holidays are something you should take into account when you’re in Israel. On Yom Kippur, the holiest day in the Jewish calendar, there is no public transport, the roads throughout the country are virtually empty, and the country closes its air space. Sukkot, the most entertaining Jewish holiday, will see two days of wild street parties, drinking, and costumes, particularly in Tel Aviv and Jerusalem. Yom HaZikaron (Remembrance Day) includes a resounding nationwide siren (that will give you a shock if you’re not expecting it), which signals people to stop what they’re doing and pause for reflection in silence until it passes.

Many cities in Israel have Facebook groups, such as ‘Secret Jerusalem’ and ‘Secret Tel Aviv’. They have thousands of members, many of whom are locals. These groups are great platforms to ask for help, rides, and recommendations from a community of well-informed, ready-to-help people.

While most Israelis speak at least a decent level of English, it is still worth knowing a few essential Hebrew terms. Ata medaber anglit? (Do you speak English?), Efshar heshbon? (Can I get the bill?), Ata yachol la’azor li? (Can you help me?), and Eizeh civoon hachof? (Where is the beach?) should come in handy.

In all open-air markets in Israel, you are expected to haggle – buying something for 40 to 50% cheaper than the original price is not unusual. Don’t be a fryer (sucker): whether you’re buying a bracelet or a backgammon board, push hard for a deal. Show your interest, ask for a reduction, then begin to walk away, and watch the seller crack under your razor sharp bargaining skills!