11 Things You Should Never Do in Israel, Ever 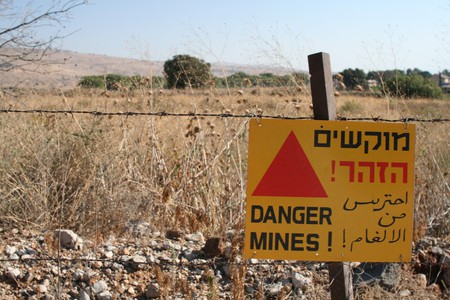 In general, Israelis are very open-minded and accepting people. However, just like any other place in the world, there are some things that may seem completely normal to you, but in Israel, they could be taken as an insult. In order to respect local traditions, check out this list of don’ts before hopping on a flight to the Holy Land.

Political talk in Israel always gets heated. Given Israel’s complex history and ongoing conflicts – politics is a major issue, especially when it comes to foreign affairs – and everyone has an opinion. You should never be the one to bring up politics because it will end up being the topic anyway, so just try to postpone it as much as you can.

Never ask for a cheeseburger at a kosher restaurant

Kosher food means that it abides by the Jewish dietary rules. For example, pork and shellfish are prohibited under these laws, meaning kosher restaurants would never serve them. Even though there are many Jews that don’t keep kosher and there are hundreds of non-kosher restaurants across Israel, the ones who do keep kosher are very strict about it. One of the rules says meat and dairy can never be consumed together, so there are different restaurants for meat and dairy foods, and kosher burger joints will never serve any topping containing cheese or bacon. 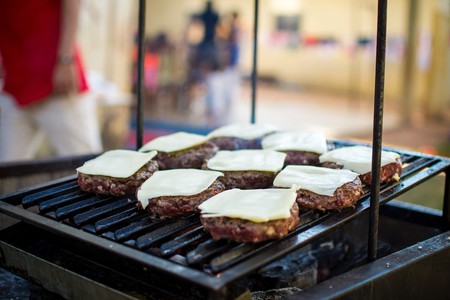 Don’t expect to return from a wedding before 2 am

If there is one thing that can be said about Israeli weddings, it is that they are fun. They are also very long. The good news is that Israeli weddings aren’t long because of the excruciating speeches, but because the guests know how to party, and party well. After the Jewish wedding ceremony, the Chuppa, is finished and dinner is served, guest of all ages get on the dancefloor and usually keep going for hours and hours. Weddings in Israel run so late, that typically around 1 am the catering will serve a late-night snack such as burgers or shawarma.

Never touch an orthodox person of the opposite sex 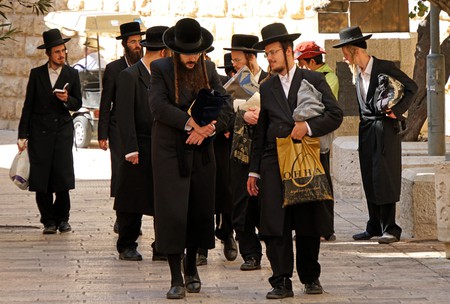 Even though it is mandatory in Israel to stop at every crossing where a person is waiting, no driver in Israel can be trusted to pay attention. The driving in Israel is a little crazy as locals are always in a rush, and not very patient. Never cross the street without carefully looking around, and make sure no one is speeding at you from both directions.

Army service is mandatory in Israel, so each and every 18-year-old, boy or girl, will be drafted into the Israeli Defence Forces. It may be shocking at first to see armed soldiers walking down the street holding hands, enjoying lunch at a restaurant, or even sitting at the beach, but bear in mind that this is completely normal in Israel and those weapons are only there for defensive purposes. 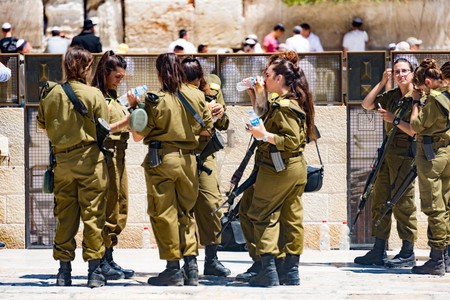 Israeli waiters, and Tel Aviv waiters in particular, live off tips rather than actual salaries, so tipping is very common, and quite high – at about 10-15% of the meal. In fact, tipping is so common, it would be considered very rude not to leave one. Even if the service was bad, it is customary to leave no less than 10%, and if you were happy with the service, leave around 15%. You may, is most places, ask for the tip to be included in your card payment. Note that Israelis aren’t shy at all, and perhaps even too direct – the waiter will have no problem walking you out of the restaurant and ask why you didn’t leave a tip.

Yom Kippur, Hebrew for Day of Atonement, is one of the holiest days in the Jewish religion. Jewish people traditionally observe it with an approximate 25-hour long fast, as a way of showing regret for any bad deeds they have committed during the year. Even though a major part of the Israeli population does not follow Jewish traditions or fast, still no one drives on that day, and the streets are completely vacant. Not a single shop, restaurant or cafe will be open on that day as well. There is something quite charming in the fact that there is not a single car in sight and no one around, besides maybe children riding their bicycles. 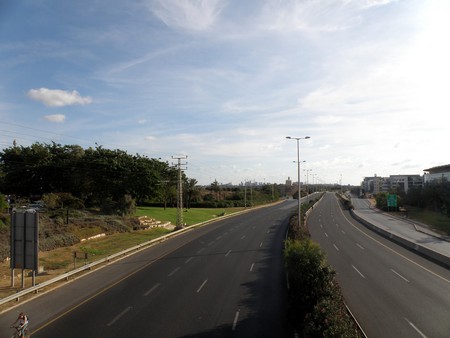 Hitchhiking is not common in Israel at all. It’s not like its illegal or extremely dangerous, it’s just something Israelis advise against and avoid themselves. Unlike other, more serene places in the world, Israelis have to be very cautious when it comes to safety, so whatever possibility of a dangerous situation they can avoid, such as hopping into a car with a stranger – they do so.

Don’t expect breakfast to be light

Israeli breakfast is a lie – as it is actually brunch. Order an Israeli breakfast platter at any restaurant and your table will soon be loaded with bread, pastries, salads, mezes, eggs, orange juice, coffee, and more pastries – to ensure you remain full until the afternoon. It may be healthy, nutritious, and delicious – but by no means is Israeli breakfast light. 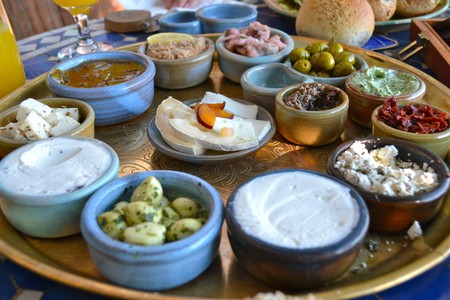 There are two days of the year when the whole State of Israel stops, and stands still for one minute. On Yom Hazkiaron (Memorial Day) for The Fallen Soldiers of Israel, and on Holocaust Remembrance Day, both held around the spring, a siren is heard throughout the country – once in the evening and once in the morning – and each and every person in Israel stops whatever they were doing, and stands up straight to remember the deceased and pay their respects. It is considered very disrespetful to ignore the siren and remain active.