The 10 Most Inspiring Women to Know in Israel 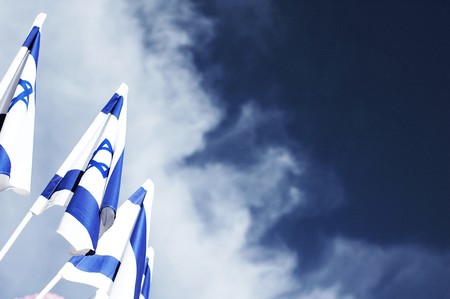 Israeli women are known for being tough, opinionated, beautiful, and bright. Here are some of the most inspiring Israeli women you should know.

Although she passed away in 1978, a list of inspiring Israeli women would be remiss if it omitted this woman’s name. Golda Meir was the fourth Prime Minister of Israel, and the only woman to date, to hold this office. Best remembered for her dedication to legitimizing the State of Israel, she was one of the original 24 signatories to the country’s Declaration of Independence, and fought her entire life to build and preserve the State of Israel. 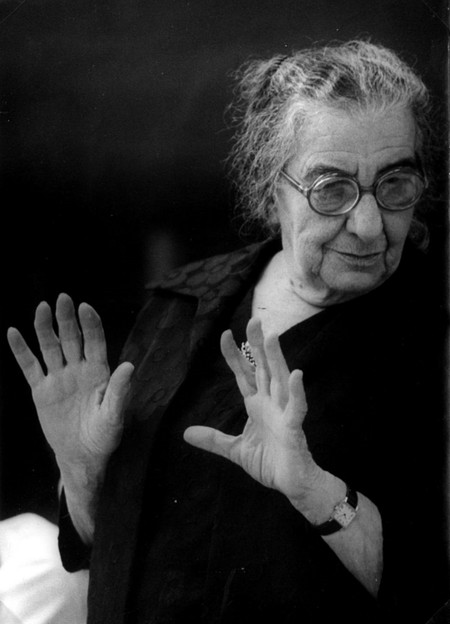 When Stav Shaffir began her political career, she became the Knesset’s youngest-ever female member. Shaffir, now 32, is a member of Israel’s Labor Party and a member of the Zionist Union. Shaffir has made her career by criticising the right-wing Netanyahu government, demanding fiscal oversight of settlement funding, and focusing on financial and social inequalities in the country. Her 2015 speech in the Knesset, was a viral sensation, and demanded a reexamination of what Zionism truly means. 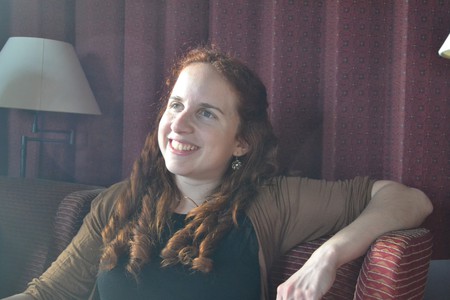 Now known world wide as Wonder Woman, Gal Gadot is the down-to-earth dark haired beauty who went from beauty queen, to supermodel, to superstar. As a now emblematic figure of DC’s comic universe, Gadot has brought to life the power of women in the superhero genre, and has given young women around the world a strong and charismatic vision to admire. 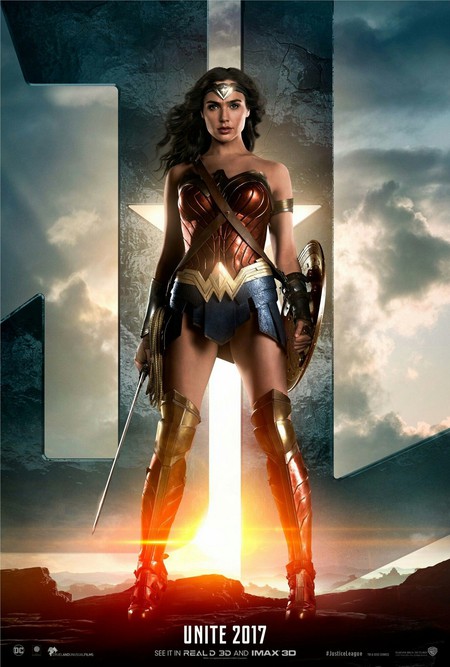 Daughter of Moshe Dayan, “Israel’s general,” Yael Dayan first made a name for herself through her literary career as a newspaper columnist and later as an author. Dayan moved from literary works to politics, becoming a peace activist and fighter for human rights, women’s rights, and the freedom of the individual. During her tenure in the Knesset, Israel’s legislative body, Dayan served as Chairwoman of the Committee on the Status of Women, and she led the push for stricter legislation regarding sexual harassment laws. 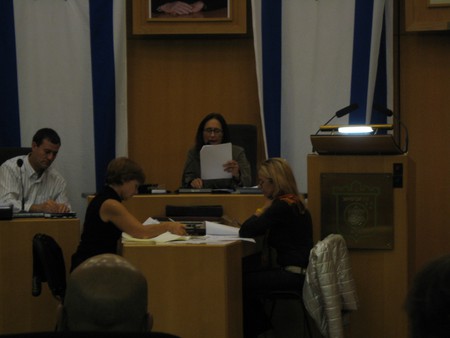 Professor Ada Yonath was born in Jerusalem and has spent her life studying biochemistry and structural chemistry. Yonath boasts a Bachelor’s Degree in Chemistry from The Hebrew University in Jerusalem, a Master’s Degree in biochemistry, and finally a Ph.D. from the Weizmann Institute of Science in X-ray crystallographic studies on the structure of collagen. Yonath, along with her team, led groundbreaking work on the mapping of the structure of ribosomes, using X-ray and crystallography. In 2009 she and her team won the Nobel Prize in Chemistry for their important findings. In winning this prize, Ada Yonath also became the first Israeli woman to ever win a Nobel Prize, the first woman in the Middle East to win the prize in the sciences, and the first woman in nearly half a century to win the Nobel Prize for Chemistry. 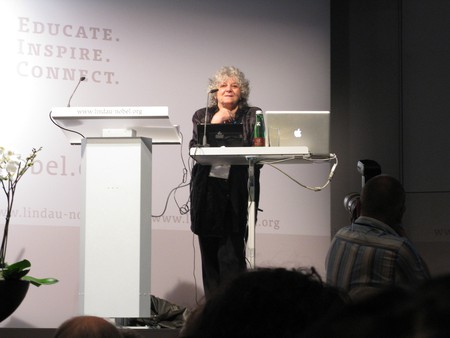 Much of what Israel knows about modern dance can be attributed to the influence of Rina Schenfeld. Born in Tel Aviv, Schenfeld studied classical ballet until seeing a performance by Martha Graham and her troupe influenced her shift to the world of modern movement and abstract studies. She studied at the Juilliard School in New York City, to study further with Graham, after which she returned to Israel and eventually opened her own company, the Rina Schenfeld Dance Group. Following an invitation to work with Graham once more and at the behest of the Baroness Batsheva de Rothschild, Schenfeld became one of the founders of the now world-renowned company, Batsheva, established in 1964. Schenfeld went on not only to star as Batsheva’s prima ballerina, but also choreographed works for the company. Her influence can be seen throughout Israeli modern dance, and her performances still rank amongst some of the most magnetic and captivating. 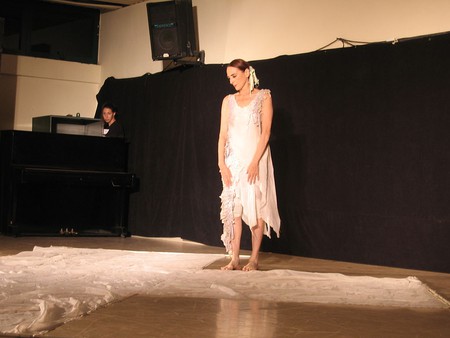 After surviving a terrorist attack with her family in Gaza as a child, Lucy Aharish has forged ahead in life with strength and determination. Israel’s first Arab presenter to appear on prime-time television, Aharish stands as a beacon of hope for all Israeli-Arabs and as a light for the future of Arab-Israeli relations. Aharish is very much a melange of her environment, both Israeli and Arab, both influenced by Jewish identity and cultural discourse in society as well as her Muslim identity. Her presence on Israeli television is complicated and multi-faceted, she is often criticized by her Arab compatriots and not completely beloved by her mainstream audience.

The very epitome of Israel’s leading ladies, Gila Almagor has devoted her life to the theater and film in Israel. Awarded the Israel Prize in 2004 for cinema, Almagor has lived a both glamorous and incredibly difficult life. Her autobiographical works illuminate the complicated relationship she had with her mother, a Holocaust survivor, who was eventually institutionalized after losing grip on reality and struggling with the guilt she felt for having survived the Holocaust while the rest of her family had perished in Germany. Almagor now works as a cultural ambassador, promoting the arts for children, and ameliorating the reach of Israeli performing arts internationally.

At just the age of 30, Dr. Kira Radinsky has accomplished quite a bit. She began her collegiate career at the ripe age of 15, (yes, you read that correctly), and dabbled in biology before finding her footing as a computer scientist at the Technion. Radinsky served in the intelligence unit in the IDF, then began working at Microsoft while simultaneously completely her Master’s. During her time at Microsoft, Radinsky, along with Eric Horvitz (Head of Microsoft Research), worked together on a data-mining project which could “predict the future.” The computer algorithms Radinsky created can review digital sources at lighting fast speeds and the output data is scored on a scale of 0 to 100, indicating the probability of a specific event occurring tomorrow. If that’s not enough, Radinsky has founded her own company, SalesPredict (applying the same forecasting ideas to sales), which was recently acquired by eBay for a hefty sum (between $20 and $30 million), and if that weren’t enough, she is also a black belt in karate.

Successful Jewish women! Dr. Kira Radinsky The notable Dr. Kira Radinsky is more than just an entrepreneur, she’s a child prodigy. Attending university at barely 15, Radinsky studied at the Technion in computer science and left with a PhD in 2012. Fascinated with predicting the future, Radinsky developed computer algorithms that, after scanning 500 years of literature, are able to predict certain events (including cholera outbreaks) with an 80% accuracy rate. She’s founded the company SalesPredict, which predicts sales expectations for companies, and has raised over $1 million in funding. She’s also working with worldwide organizations, and the UN, to use her algorithms to both predict genocides and cholera, and stop them before they happen. #successfulwomen #women2womenmarket #femalepreneur #ladyboss #startups #entrepreneur #entrepreneurs #entrepreneurial #entrepreneurship #ladyboss #femaleboss #femalebusinessowner #femaleentrepreneur #womenpower #womeninbusiness #businessadvice #businessstrategy #businesstips #businessdevelopment #businessplan #positivethinking #coaching #lifecoaching #femaleentrepreneur #businessstartup #empoweringwomen #freshstart #muslimahpreneur #2016

Pascale Bercovitch is a woman who can inspire the athlete, the strength, and the hope in all of us. Originally from France, Bercovitch was always an athlete. In her late teens, a terrible accident led to the amputation of both of her legs above the knee, but that did not stop her. It had long been her dream to move to Israel inspired by a visit she had made to the country prior to her accident. As she was in the hospital recovering, a friend from Israel came and visited her, and reaffirmed her desires to move. After some recovery time, Bercovitch moved to Israel, served in the IDF, learned Hebrew, and built a life and career for herself. She got involved with paralympic sports and even represented Israel in the 2008 Summer Paralympics in rowing.