The History And Importance Of The Five Holy Cities of Iraq

Iraq is home to five holy cities in Sunni and Shi’a Islam, where hidden architectural gems can be spotted. 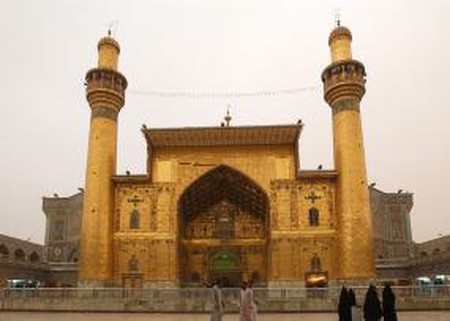 It is estimated that only Mecca and Medina have more pilgrims than Najar, one of the holy cities for the Shi’a. Although approximately 60 percent of the Iraqi population is Shi’a and 30 percent is Sunni, the remaining religious minorities, including Christians, Jews, Yazid, Mandaeists and possibly some Zoroastrians, also have important sites and shrines in Iraq.

Four of the holy cities are important for the Shi’a. Baghdad is a holy city for the Sunni and the Baha’i, although there are also Shi’a shrines there as well. The city that epitomizes the Sunni/Shi’a split is Karbala because it was there in 680AD that a battle took place which radically altered the makeup of the Islamic religion. The split occurred when Hussein ibn Ali claimed the right to be the next caliph, contesting Yazid’s claims to the throne. Hussein was killed in the ensuing battle along with his brother Abbas ibn ‘Ali. This split between Hussein and Yazid formed the basis for the schism within Islam, between the Sunni sect on the side of Yazid and the Shi’a on the side of Hussein.

To commemorate the battle a beautiful shrine was built with a large gold dome and three minarets. The shrine is particularly important for Shi’a on the Day of Ashura, when the Shi’a honor Hussein’s sacrifice and many Shi’a pilgrims travel to Karbala. Architecturally, the mosque is typical of the Iraq and Iran region; it has large iwan arches decorating an encircling wall, forming a large courtyard below a gold dome decorated with blue and green tiles. 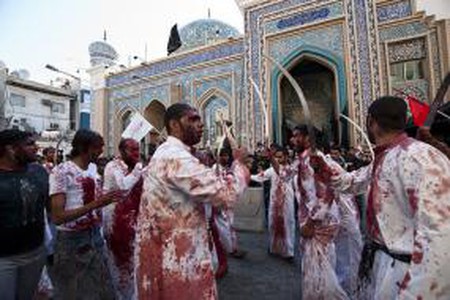 Built in the 11th century, approximately 100 years after the mosque at Karbala, the mosque in An-Najaf, holding the shrine of Ali ibn Abi Talib, son-in-law of the Prophet Mohammed, is architecturally similar. The city has always been a center of learning, with many madrasas (religious schools) and libraries. The city is located in southern Iraq, where the majority of Shi’as used to live; it is historically the centre of Shi’a political power and the traditional home of the Grand Ayatollah ‘Ali Sistani.

Although it is also another holy city in Iraq, Samarra is best known for its incredible spiral minaret. Built during the 9th century, the mosque was the largest in the world at the time. The minaret design was influenced by Mesopotamian ziggurat, a type of enormous stepped pyramid with a square base that spirals to the top of the tower. Samarra is also home to the remains of the tenth and eleventh imams, and it is built in the place where the 12th imam entered minor occultation.

Baghdad, the present capital of Iraq, is also central for both the Shi’a and Sunni. It was also the birthplace of the founder of another branch of Islam, Baha’u’llah, who established the Baha’i Faith. Just north of Baghdad is the final holy city of Iraq, Kadhimiya, although it has now been absorbed into the capital.