The grand Baghdad Gymnasium, designed by the renowned Swiss Architect Le Corbusier, is a relic of the oil-rich Iraq which flourished under the reign of King Faisal II. Its rediscovery in recent years has fostered a small but ambitious preservation movement in post-war Iraq. 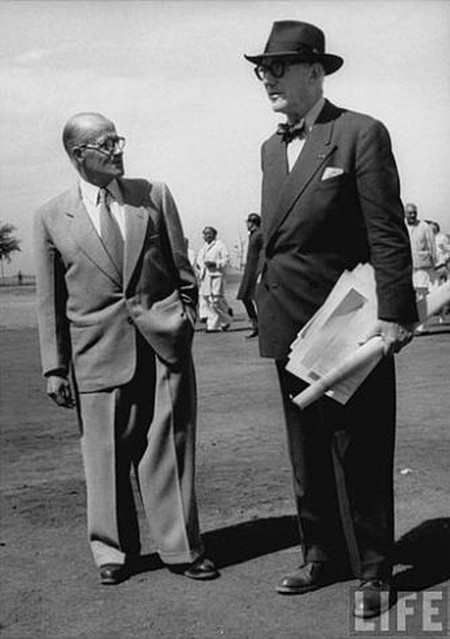 King Faisal II invested money into the modernization of Baghdad in the 1950s. Aware of the city’s aesthetics, he invited Le Corbusier as well as other world-renowned architects such as Frank Lloyd Wright, Gio Ponti, Walter Gropius, Robert Venturi, and Denise Scott-Brown to support the work of the Iraq Development Board. By involving them in large-scale architectural projects, the young monarch was eager to show the world that Baghdad could be transformed into a modern, cosmopolitan capital. Only three of the commissioned projects were achieved, however: Walter Gropius’s Baghdad University, Gio Ponti’s Development Board Headquarters, and Le Corbusier’s Gymnasium.
When Iraq unsuccessfully bid for the Olympics in 1957,the 22 year-old King picked Le Corbusier – whose real name was Charles-Edouard Jeanneret – to design the Baghdad Gymnasium. At the height of his fame, the Franco-Swiss architect and urbanist finally agreed after months of negotiations over contracts and payments. Le Corbusier visited Baghdad to close the deal in the fall of 1957, but his impressions of the country remain a mystery. He only publicly stated that Baghdad was at ‘the end of the world’ and that his responsibility as an architect was ‘to be careful and not to embark the client on adventures or misadventures.’ 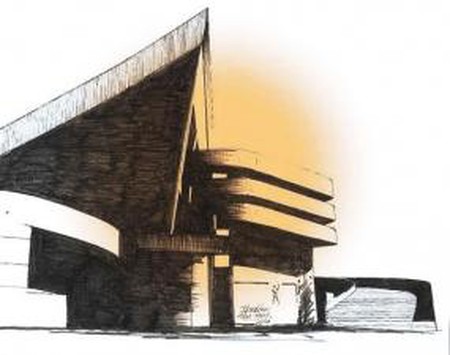 Nevertheless, Le Corbusier’s enthusiasm for the Olympic complex did not escape notice. Addressing issues of lighting, climate, landscape, irrigation and capacity, the architect entertained a myriad of provocative and exciting ideas. He notably envisioned a mechanism that allowed the water from the River Tigris to flow directly into the outdoor pool, and suggested that the stadium could be alternatively used as a concert hall. In fact, Le Corbusier had previous experience in stadium design and the Baghdad gymnasium shares major similarities with the design for a stadium in Paris that was never realized.

In June 1958, after months of extensive research, Le Corbusier handed over a master plan for the City of Sport in partnership with the engineering firm of George Marc Présenté. The complete design illustrated Le Corbusier’s conception of the role of sport in urban life. On the grounds that sport should be integrated in the daily lives of people, he included various exercise fields and facilities in the plan. He also made the complex easily accessible by any transport, insisting that the citizens of Baghdad should be able to enjoy the many on-site gardens, restaurants and non-Olympic swimming pools. As such, one could argue that Le Corbusier foresaw the massive development of multi-functional sports complexes in the second half of the 20th century. 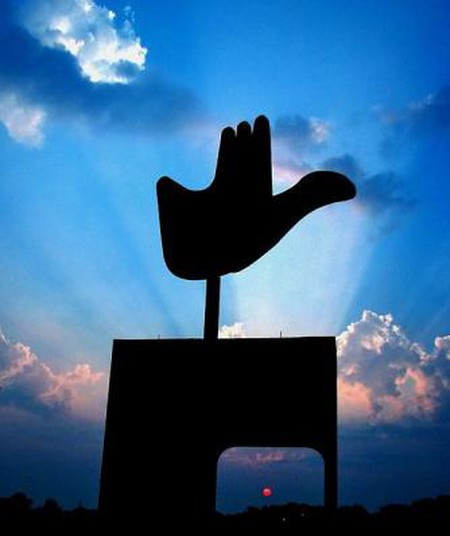 The master plan was approved, but fate had different plans for Baghdad. The 1958 revolution resulted in the assassination of King Faisal II as well as the overthrow of the monarchy. It was in 1982, under the reign of Saddam Hussein, that the City of Sport was completed – years after the death of its architect. Once it was ready to host sporting events, the stadium welcomed ‘generations of Iraqi athletes’ as well as international competitions, says its current director Wasfi al-Kinani. For the country, it illustriously represents a ‘historic inheritance, a symbol’ he argues. But the future of the complex was once again compromised when America invaded Iraq in 2003, triggering violent sectarian conflicts that shattered local sports initiatives.
Although the gymnasium was granted a lot of media attention during Le Corbusier’s lifetime, it rapidly fell into obscurity. The project was not mentioned in the Le Corbusier Encyclopaedia published by the Centre Pompidou to celebrate the centenary of his birth in 1987, nor was it listed in the various Œuvre Complète dedicated to his works.
This is partly due to the widespread suspicion about Le Corbusier’s authorship of the stadium. These rumours were sparked because only a fraction of Le Corbusier’s authentic design was used in the post-mortem construction of the building, but also because the bulk of the design was conceived outside of Le Corbusier’s office in Rue de Sèvres. As a result, the architecture historian Mina Marefat argues that the Baghdad gymnasium was long perceived as a ‘bastardized project’. However, extensive documentation demonstrates today that Le Corbusier was actively involved in the City of Sport, a project that in fact he held close to his heart. For instance, almost 1,500 drawings related to the gymnasium bear the signature of the architect. In addition, Le Corbusier relentlessly worked on the project in the face of communications obstacles, political turmoil and deaths in his family. Recent exhibitions such as the small 2008–2009 show of Le Corbusier’s drawings at the Victoria and Albert Museum in London and the Barcelona exhibition which focuses on architecture in Baghdad have also confirmed Le Corbusier’s ownership of the project. 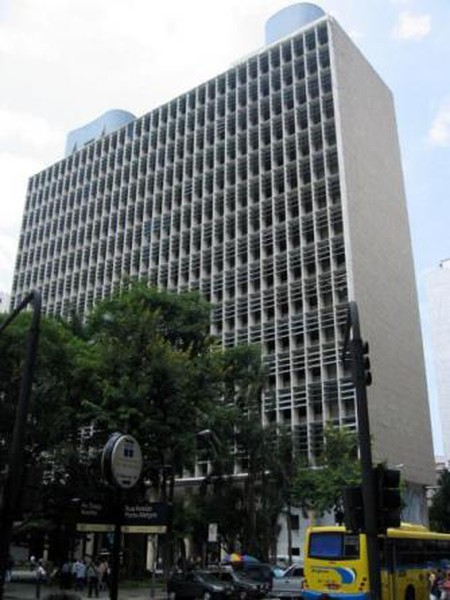 More importantly perhaps, the student Caecilia Pieri rediscovered the City of Sports while researching for her thesis on modern architecture in Baghdad in 2005. Six years later, she visited the site with the vice President of the Le Corbusier Foundation, Jacques Sbriglio, which began a dynamic cooperation between the two countries, the French Institute for the Near East, the Baghdad University, UNESCO and the French embassy. This resulted in an ambitious renovation project that aims to raise the profile of the building. For Pieri, ‘we are witnessing the renaissance of new awareness about the (country’s) modern heritage, and it can lead to similar movements, sparking positive momentum for other major modern buildings.’
Le Corbusier’s industrial, sober style has been partly lost: brightly-coloured seats fill the stadium and the design of the roof that originally allowed natural light to go in was modified. Nevertheless, the motto of the architect proudly adorns the front of the building: ‘Where order is born, well-being is born’. In addition, the ‘survival’ of the site throughout the years undermines the common assumption that Iraq’s rich cultural and historical legacy has been ruined by the recent upheavals, and it gives hope to the people of Iraq who fight for the preservation of their heritage.