Iraq’s Golden Age: The Rise and Fall of the House of Wisdom

Lost to us since the 13th century, the House of Wisdom in Baghdad, Iraq, was once a center of learning in the medieval world. Built primarily as a library, the House became the home of ancient and modern wisdom during the Islamic Golden Age, preserving important works of scholarship from across Europe and the Middle East. Read on to explore the wonders of this lost icon of intellectual thought.

Known as Bayt al-Hikma in Arabic, the House of Wisdom was founded in 8th century Baghdad by Caliph Harun al-Rashid of the Abbasid dynasty. The Abbasids had come to power in Iraq with a victorious revolution in AD 750 against the Umayyad Caliphs. Under the authority of Caliph al-Mansur, the new capital moved from Damascus to Baghdad in Mesopotamia, at a time when Muslim conquests and imperial growth were beginning to foster a dynamic cultural climate. Different intellectual traditions became united under Muslim rule, including Greek learning from Europe and Alexandria, as well as that of the Persians, Indians and Sumerians in the east.

Into this melting-pot of old and new came technological developments, such as the production of paper from China. Previously, books and maps had been written on parchment, produced by a lengthy and expensive process from the skin of animals, which was still the dominant practice in Europe. Now, thanks to advances in paper production and book-binding, knowledge and ideas could be exchanged with rapidity, enabling a climate of active academic enterprise to thrive.

Caliph al-Mansur’s new city of Baghdad was built with one enterprising goal in mind: to stand unrivaled, the greatest city of the medieval world. The city grew rapidly after its inception: its military strength, economic power, booming trade, cultural and intellectual dominance and dizzying wealth establishing it as the center of an empire stretching from across the East and into North Africa. It is one of the tragedies of ancient history that nothing stands today from Baghdad’s early Abbasid period. However, 9th century geographer and historian Al Y’qubi described the early Baghdadas a city ‘with no equal on earth, either in the Orient or the Occident,’ being ‘the most expensive city in area, in importance, in prosperity,’ and that ‘no one is better educated than their scholars.’ 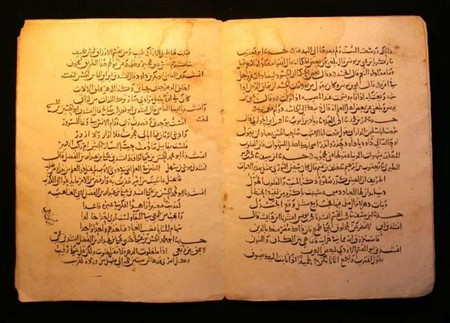 The House of Wisdom came into being as a library, translation institute and academy of scholars from across the empire. Beginning as a project to protect knowledge, including philosophy, astronomy, science, mathematics and literature, it quickly became, and is still considered today, a symbol of the merging and expansion of intellectual traditions from across different cultures and nations. The library grew to become the flower of the Islamic Golden Age, a period between the 7th and 13th centuries of great intellectual growth and discovery in the Islamic world.

The death in AD 809 of al-Rashid resulted in a civil war among the Abbasids, after which his son al-Mamun managed to take power after a long struggle with his half-brother. Intent on securing his rule, al-Mamun moved his official residence to Baghdad, bringing his authority and royal patronage to the House of Wisdom.

The House of Wisdom’s main project was collecting and translating numerous works from the Greek literary canon, which established an enormous influence on Arab thought. Works including those by Plato, Aristotle, Ptolemy, Hippocrates and Euclid were requested from libraries in the West, such as the library at Constantinople, and brought back to Baghdad to translate. Under Caliph al-Mamun (813-833), who was an enthusiastic promoter of the House, it was greatly extended to include separate galleries for each branch of science. 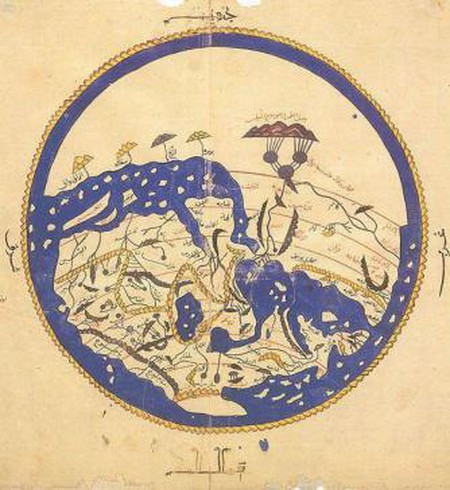 The pursuit of knowledge became a dominant feature of Abbasid society, attracting scholars and scientists from all over Europe and the Middle East to take part in this cultural birthing, including Persians and Christians. Scholarly work, particularly translation, became a hugely lucrative career, and some scholars such as Hunayn ibn Ishaq were said to earn the weight in gold of each manuscript they completed. Renowned 9th century Arab mathematician Al Khwarizmi studied in the House of Wisdom. It is his famous Book of Restoring and Balancing, from the Arabic Kitab al-Jabr wa’l-muqabala, which today gives us our term ‘algebra.’

Caliph al-Mamun was also himself adept in the branches of knowledge taught at the House of Wisdom, including medicine, philosophy and astrology, and often visited the scholars there to discuss their research. At this time astrology was held in the highest esteem as a science in Arab society. The stars and planets were perceived to influence events on earth and astrology was thus carried out with the greatest attention to detail.

Al-Mamun had an astronomical observatory built with the intention of addressing the claims of one of the most dominant voices in the ancient world, Ptolemy. A Greek scholar of the 2nd century AD at the great library of Alexandria, which was one of the exemplars for the House of Wisdom, Ptolemy’s famous work of astronomy, the Megale Syntaxis, or ‘the great composition,’ exercised extraordinary influence over medieval Arab scholars, many years before he became known in the West. Better-known after its translation as the Almagest, the text initiated a flurry of research and commentary at the House of Wisdom which would last for centuries.

It was in 1258 that the accomplishments of the House of Wisdom and the Islamic Golden Age were brought to a cruel halt. During the Mongol invasion of Baghdad under Hulegn, grandson of Genghis Khan, the mosques, libraries, homes and hospitals of the great city were all destroyed. The family of the last Abbasid Caliph Al-Musta’sim, as well as thousands of the city’s inhabitants, were slaughtered, and the extensive collection of books and manuscripts at the House of Wisdom were thrown into the Tigris. It is said that for days afterwards the river ran black with the ink of books and red with the blood of scholars. It was a tragic ending for one of the most advanced, diverse and progressive cities of the age, and an ending from which it would take Baghdad centuries to recover. 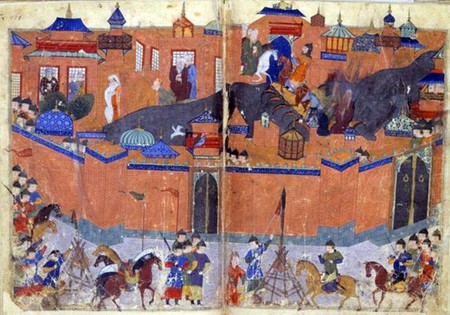