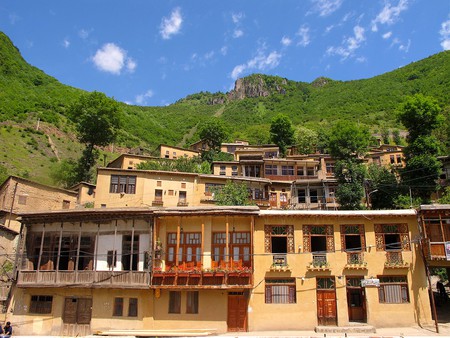 The historical sites, architectural wonders, and natural beauty of Iran are endless, but most people get caught up in the major cities. Beyond lie quiet villages just waiting to be discovered. Pack your bags and grab your camera as we explore some of the most fascinating villages in Iran.

The 1,500-year-old village of Abyaneh is characterized by the reddish hues of the adobe houses. Its permanent residents have dwindled to a population of only a few hundred. Women continue to wear the long, white floral headscarves typical of the village, and make a living mostly by selling dried apples, mint, chamomile, and other herbs harvested nearby to tourists. The cooler climate and picturesque landscape attract plenty of visitors, so a visit during the off-season is ideal to fully appreciate this charming little village. 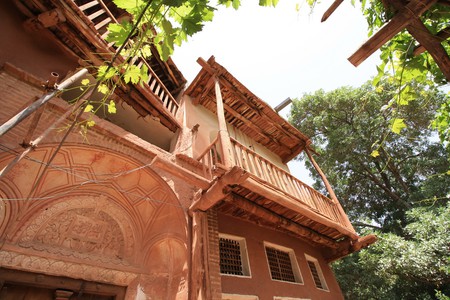 The adobe houses in Abyaneh are red | © Blondinrikard Fröberg / Flickr

Northeast of Tabriz lies the historic, troglodytic village of Kandovan. The cone-shaped homes have been carved inside volcanic rock from the eruption of the now dormant Mount Sahand. Accounts of the village’s age range from as recent as the 13th century to as old as 3,000 years. A good reason to check out the handicrafts, herbs, and spices in the stores is to catch a glimpse inside the homes of these modern day cave dwellers, or you can get the full experience at the local hotel. 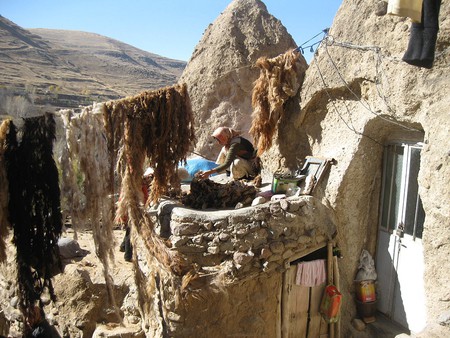 Filband in Mazandaran looks like it has been taken right out of a fairytale. Located seemingly above the clouds, this village is known for its breathtaking sunsets in which the sun sinks into the puffy clouds. Alpine meadows peppered with grazing sheep, free-roaming hens and chickens, and cottages dotting the landscape make this one of the most peaceful places to escape the troubles of real life. The best time to visit is the summer, when you can escape the heat of other parts of Iran and get some cool air in the higher altitude.

Added to the UNESCO World Heritage List in 2015, Meymand is another ancient troglodytic village in Kerman Province. Villagers live in a few hundred hand-dug rock homes, believed to have been inhabited as far back as 3,000 years ago, though stone engravings dating back 10,000 years have also been found around the village. The semi-nomadic villagers migrate with their animals as the seasons change. The community’s culture and practices reflect its strong bond with the natural environment. Meymand is certainly one of Iran’s oldest and most intriguing places. 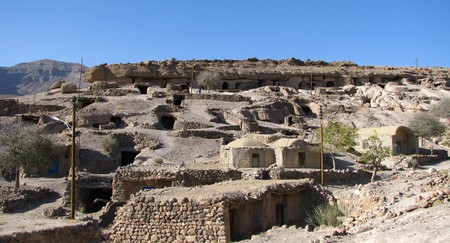 Nestled among trees on a mountain, Masouleh is best known for its unique architecture. The interconnected buildings are built into the mountains in such a way that the roof of one house serves as the courtyard of the home above it; therefore, both courtyards and roofs serve as pedestrian areas. Due to this layout, motor vehicles are strictly prohibited (and near impossible), which is quite a relief and a nice break from the rest of Iran. Whether enveloped in mist or sparkling through the greenery, Masouleh is one of the most photogenic villages in Iran.

The entire village of Taleghan comprises 76 smaller villages, so there’s plenty to explore here. Once you’ve made it to the top of the mountain pass you’re greeted with a clear, blue lake (artificially created from a dam) and picturesque views. While winters are cold with heavy snow, spring transforms Taleghan into heaven on earth, when colored rooftops peek though the towering green trees and the valleys drown in wildflowers. Breathtaking nature, superb trekking, and pure oxygen await visitors to this cluster of villages. 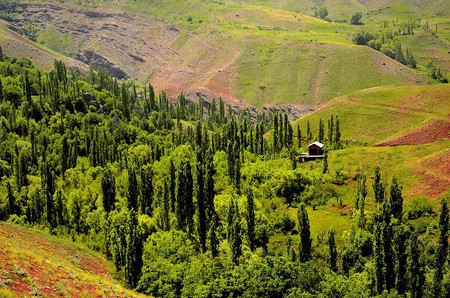 Architecturally speaking, Palangan (in Kurdistan Province) is similar to Masouleh, but the Kurdish culture adds a unique element. This near-vertical village has houses built in a steep gorge, making it especially romantic at night when the mountainside glows with lights. In the heart of the mountain, Palangan will completely remove you from the modern world, giving you a newfound appreciation of mother nature. Just relax in the shade of a tree and listen to the soothing sounds of the babbling river and the bells of the sheep as they cross the narrow stone bridge. 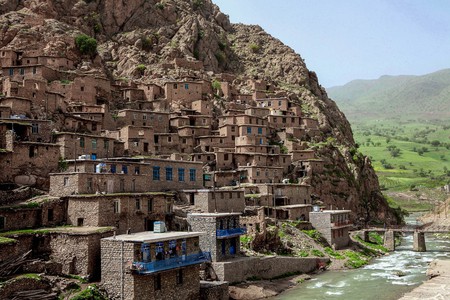