The Top 7 Iranian Film Directors You Should Know About 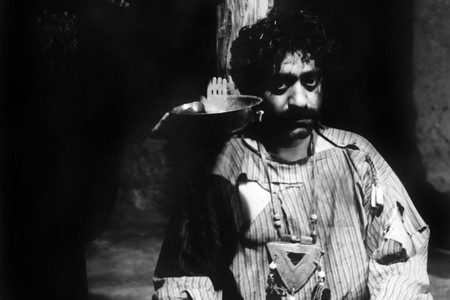 Cinema speaks a universal language that can demystify countries and cultures. The Iranian film industry has come a long way in the last few decades, with its directors gaining an international reputation for producing visually stunning pieces that reflect modern issues in society. Read on to discover seven of the most influential Iranian film directors.

You might also like: How the Iranian Horror Under the Shadow Scared a Bunch of Film Critics

Abbas Kiarostami was a director, screenwriter, photographer and producer. His body of work, which included films such as the Koker Trilogy (dubbed as such by critics because they featured the eponymous village in Iran), Close-up and The Wind Will Carry Us, tend to poetically present political and philosophical issues as well as blend fiction and non-fiction. Although he was active in the Iranian film industry even before the revolution, he gained a wider audience in the eighties and went on to win the Palme d’Or in 1997 for Taste of Cherry. Two of his later works were filmed outside of Iran for the first time: Certified Copy starring Juliette Binoche in Italy and Like Someone in Love in Japan. 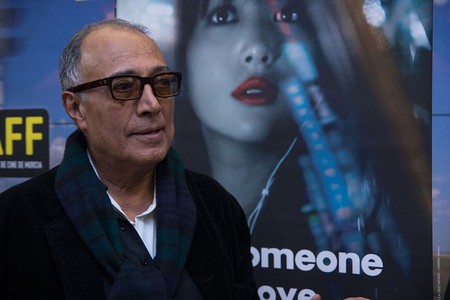 Though always a beloved director in his home country, Asghar Farhadi rose to international acclaim thanks to his Oscar-winning, A Separation, which told the tale of a couple’s divorce in Iran. His next film, The Past, starring Bérénice Bejo, dealt with family issues in the Iranian diaspora and gained him a wider international audience before he won his second Academy Award for The Salesman in 2017. Farhadi is fond of exploring the depths and complications of everyday relationships and themes of jealousy and trust in an evocative way and often includes strong female leads. 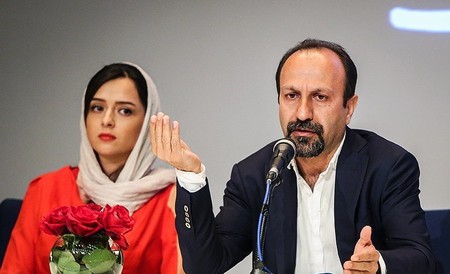 Samira Makhmalbaf comes from a creative family of talented filmmakers. As the daughter of Mohsen Makhmalbaf, who is most widely recognized for his films Kandahar and Gabbeh, Samira gained international recognition in her early twenties. She told the true story of two daughters locked up by their parents in her directorial debut, The Apple, which was screened at Cannes. Following in her father’s footsteps, her other films have taken her beyond Iran’s borders and into neighbouring Afghanistan, where her controversial film, Two-Legged Horse, explored themes of power and victimization.

Dariush Merhjui is perhaps most noted for his film Gaav (Cow), widely considered to be the first film of the Iranian New Wave movement of the seventies (and also referenced in Asghar Farhadi’s The Salesman), which tells the story of a villager who suffers a mental breakdown after the mysterious death of his cow. While many of his films are inspired by and adapted from literature, he also directed four features in the nineties, Banoo, Sara, Pari and Leila, which centred around female leads and dealt with women’s issues in society. Mehrjui is part of a generation of filmmakers who shaped the budding Iranian cinema industry.

Having started his career as an actor, Majid Majidi went on to become an award-winning director, producer and screenwriter. His 1998 film, Children of Heaven, a lyrical drama about a brother and sister on an adventure for a lost pair of shoes, was the first Iranian film to have been nominated in the Best Foreign Language Film category at the Academy Awards. Since then, The Color of Paradise, Baran and The Song of Sparrows garnered Majidi further acclaim. His latest feature, Beyond the Clouds, is set in a Mumbai slum and will be released in February 2018.

Renowned feminist filmmaker Tahmineh Milani’s films shed light on the social realities and womens’ struggles and resilience in Iran. Her 1999 film Two Women was groundbreaking in its portrayal of the life stories of two best friends and university students during a tumultuous period in Iranian history. The Fifth Reaction, which took the Grand Prix at the Geneva International Film Festival Tous Ecrans, also explored women’s rights in a male-dominated society while Cease Fire, one of the best-selling movies in Iran, took a more comedic approach to a couple seeking a divorce. 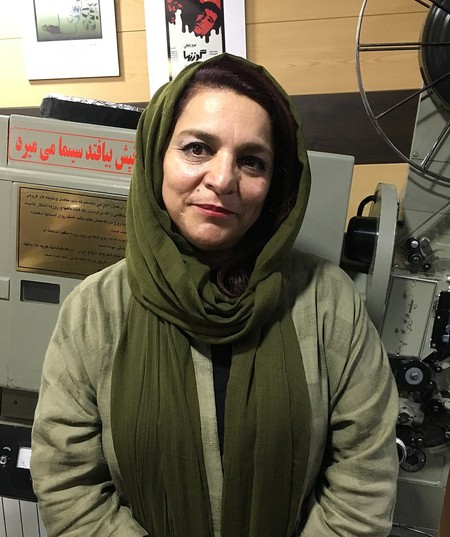 Of Kurdish ethnicity, Bahman Ghobadi created several short films before directing his first feature film, A Time for Drunken Horses, winner of the Caméra d’Or award at Cannes in 2000. Since then, he’s created other award-winning works that also feature Kurdish protagonists including Marooned in Iraq and Turtles Can Fly. Using his semi-documentary style, he tends to feature mostly non-professional actors and narrates stories from their actual lives. His signature style was also employed in his last film in Iran, No One Knows About Persian Cats, which explored Tehran’s underground rock scene.