The Top 10 Things To See And Do In Mashhad, Iran

Iran’s second largest city and spiritual centre, Mashhad is located in the northeastern province of Khorasan. An historically important transit city along the Silk Road, Mashhad, which literally means ‘place of martyrdom’, is most famous for accommodating the tomb of Imam Reza, the 8th Shia Imam. Here we explore the 10 best things to see and do whilst visiting this popular pilgrimage destination. 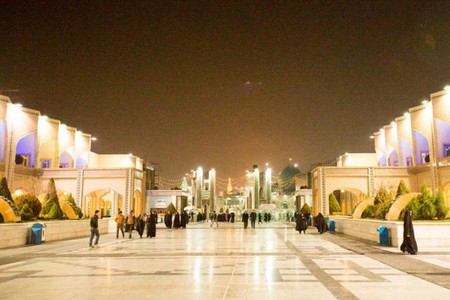 The Imam Reza Shrine Complex, known as the Haram-e Razavi, dominates the city centre and needs several visits to properly appreciate the scope of its magnificence. With seven massive courtyards, and a total area of nearly 600,000 square metres, by some measures it is the largest mosque in the world. The millions of pilgrims who flock to the shrine all year round from all over the world endow this part of the city with a decidedly multicultural atmosphere, and there is a tangible sense of the spiritual as visitors demonstratively mourn the 8th Imam’s martyrdom. Intricate blue tile work and Arabic calligraphy are virtually omnipresent across the numerous iwans and minarets, and an impressive golden dome stands centrally above the shrine itself. Non-Muslims are not permitted into the inner sanctuary, and (confusingly) only camera phones are permitted. 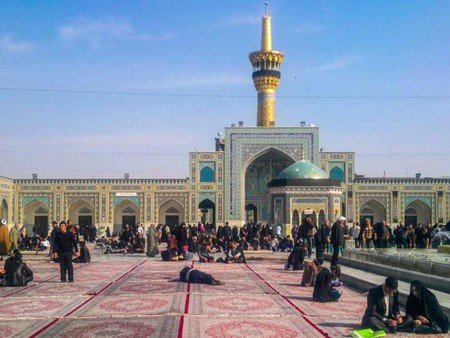 The numerous museums contained within the shrine complex house a curious mixture of exhibits, ranging from stamp collections commemorating the storming of the US embassy, to medals won by Shia athletes. The carpet section has some stunning (as well as bizarre) pieces, but the most fascinating item is the previous tomb encasement (known as ‘zarih’) which was replaced in 2001. If you are keen to know more about the history of the shrine, seek out the ‘Foreign Pilgrims Assistance Office’ where friendly employees will provide you with some free literature on the topic. Beware the guards with feather-dusters who will brush you if you’re not dressed modestly enough.

Kuh-e Sangi is Mashhad’s best park, and a great spot for afternoon or early evening picnicking. A small stream runs through its centre, which you can cross by climbing the rock formations or hopping across stepping-stones. Ice cream and other treats are readily available. The park is filled with Iranian families most evenings, and boasts excellent views of the city from its highest point. If you’re lucky, you may stumble across groups of old Iranian men singing national songs at the weekend.

Mashhad is the saffron-centre of the world, and you won’t get a better deal anywhere where else than in the bazaars around Fakaleh Ab square. The spice, which is gram-for-gram more expensive than gold, makes for an excellent souvenir or present. Mashhadi carpets are also particularly revered, so be prepared to haggle your way to a good price. Pilgrimage memorabilia lines the streets too, having your portrait superimposed in front of the Imam’s shrine is a especially quirky crowd favourite. 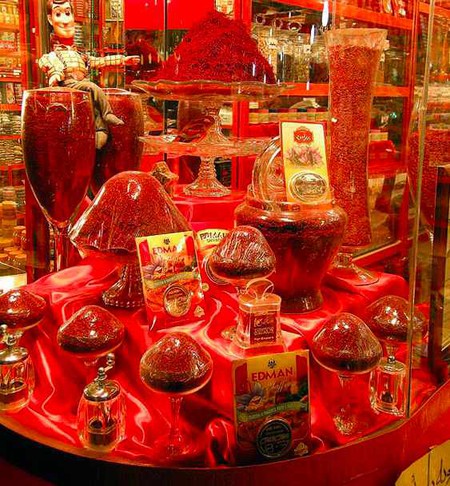 The Boq’eh-ye Khajeh Rabi is an ornate mausoleum for one of the apostles of the Prophet Mohammad, located in northeast Mashhad, just off Khajerab Street. Completed in 1612, and touched up in the Qajar era, the tomb features familiar Iranian blue tile work, delicate floral motifs, and a pleasingly symmetrical central dome. It is surrounded by a large cemetery, where wealthy Iranians can still purchase a burial plot.

About 40 kilometres outside of Mashhad is the small town of Tus, which is synonymous with the burial site of Iran’s national poet, Ferdowsi. The author of the epic poem, the Shahnameh (the Persian Book of Kings), Ferdowsi died in 1020 A.D, and his remains have rested in Tus ever since. The mausoleum’s current form, a massive stone structure that imitates Achaemenid architecture, was developed in the 1960s, and is the centrepiece of a surrounding park. 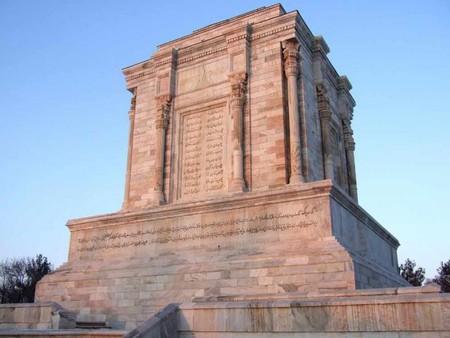 The quatrains of the 12th-century astronomer-poet Omar Khayyam are perhaps Khorasan’s most famous export around the globe. Popularised by Edward Fitzgerald’s 19th-century translation, Khayyam is beloved for his pithy musings on life, death, and love. The present-day mausoleum is another unique modernist structure, built in 1963. Located in Neishapur, just over an hour outside of Mashhad, the town also houses the tomb of Attar, a Persian Sufi poet, for those wanting to tick off every box on the poetry tour. 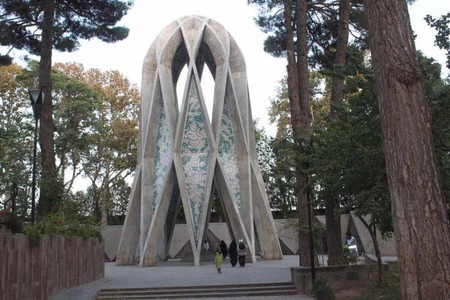 Rural Khorasan has many off-the-beaten track delights to discover, often hard to access by public transport, but worth the effort of hiring a private taxi. The quaint village of Kang, about an hour’s drive from Mashhad, is one particularly charming example. Filled with mud-brick houses, stacked along the foothills of the mountains, here is a wonderful opportunity to explore one of the few communities that still practice such an authentically traditional way of life. 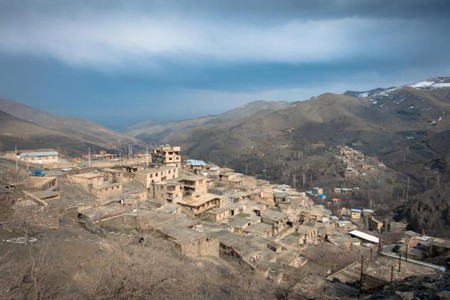 For enthusiasts of esoteric ancient architecture, it may be worth the trip to the village of Radkan to contemplate the function of a 13th century tower located nearby. On the summit of a hill to the west of the village, the cylindrical, cone-topped tower was probably a site for taking astronomical measurements. Visiting Radkan is also an opportunity to witness some breath-taking, unspoilt landscapes, and old mud ruins.

In the small village of Robat Sefid, around 70 kilometres southwest of Mashhad, lie the ruins of the ancient Bazehur Fire Temple. Probably built in the Sassanian era, this Zoroastrian religious site is well preserved but relatively unknown, so it may take a little perseverance to make it there. The modest, stone-brick remains contrast starkly to the splendour of the Islamic architecture throughout the rest of the region, a must-see for anyone interested in Iran’s ancient religions.