The Top 10 Non-Touristy Experiences in Iran 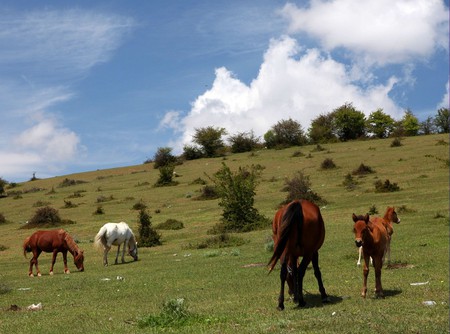 Iran has plenty of tourist attractions and places that you wouldn’t want to miss by any means, especially on your first trip. But in between these sites, Culture Trip has rounded up a few options that will personalize your experience a bit more and allow you to be among the people and fit in like a local.

Literally “house of strength,” the Iranian zurkhaneh is an ancient gym where men practice what can be described as martial arts meets yoga. This centuries-old tradition is based on battle and warfare, with much of its equipment resembling such. Standing in a circular pit, the men perform moves to the rhythm and pace set by the morshed, leader, who sits at the top and sings poems of Hafez or the Shahnameh and plays his drum and bell. Though the zurkhaneh is traditionally a men-only locale, Saheb A Zaman in Yazd also allows women to observe. The meditative-like experience is sure to be one of your most memorable. 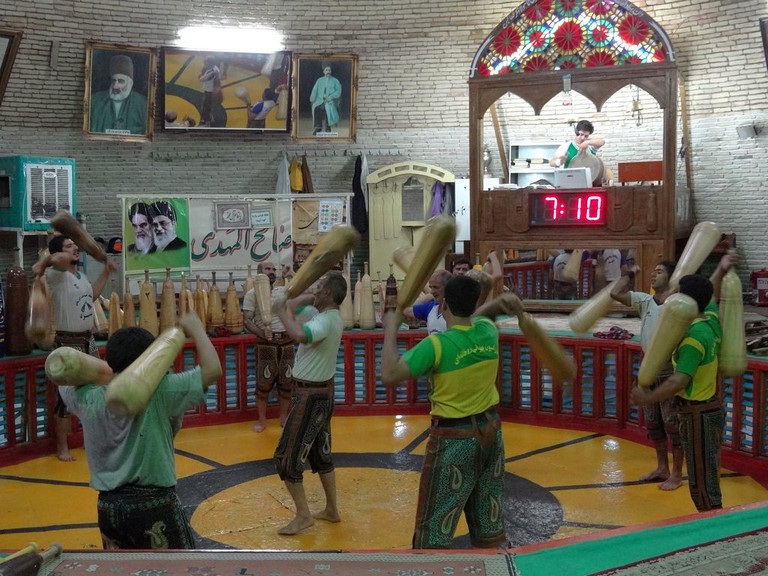 Catch a play or concert

Tehran has plenty of plays to watch on any given night of the week. And even though famous Iranian actors often star in them, ticket prices are remarkably affordable. Watch an original Persian play or perhaps an interpretation of one of Woody Allen’s. Don’t speak Persian? Look to the universal language of music and try a concert instead. Whether it’s traditional, pop, or the national orchestra, you will easily be able to find something unique in one of the many concert venues around town.

There are numerous cultural festivals and religious ceremonies around Iran in which you may be interested. It might be one of the many Nowruz festivities or the Ashura ceremony, which is best seen in Yazd, or Lorestan where locals engage in kharrah mali, rubbing mud on their bodies in a ritual to commemorate the slaying of Imam Hossein. Elsewhere, Kashan’s rose water festival in the spring is a delight to both the nose and the eyes. Find out what’s happening during your stay. 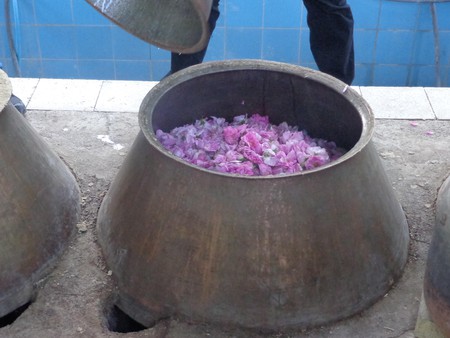 The Zoroastrian neighborhood in Yazd is simply enchanting. Between the door knockers, cypress trees, candles, arches, and benches, it’s apparent that every part was very intentionally designed. One of the best features, however, is the kucheh ashtikonun, which are plentiful. These “make up alleys” are very narrow, sometimes just wide enough for one person. The thought behind it was that if two people were on non-speaking terms and passed one another here, they would bump into each other and be forced to talk, thereby making up. 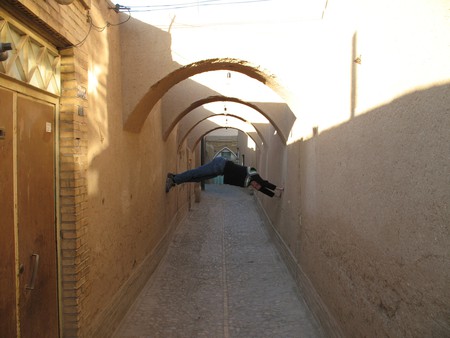 While some alleys are a bit wider, others are barely a meter wide | © Ivan Mlinaric / Flickr

The people of Ahvaz are remarkably cheerful despite the hardships they endured during eight years of war and now often harsh weather conditions. One of the best places to witness this carefree attitude is Lashkar Abad, a long street with some of the most delicious street food around. Falafels, spicy samosas and roasted chicken are all served up hot and fresh while cars blast bandari music, typical beats of the south, all up and down the street. Go at night, pile your falafel high, and soak up the good energy while chatting with the friendly locals.

Camp in the desert

Why spend the night in a four-star hotel when you can spend it under all the stars you could possibly ask for? Try the Maranjab Desert outside Kashan, where you can pitch a tent or stay in a local motel if you’re outdoorsy but still enjoy a few basic luxuries. If you’re around Yazd, head to Zeinodin and experience the life of Silk Road caravan traders in a 400-year-old caravanserai. Make a campfire or stargaze with an astronomer. Either way, resting your head for a night under a star-filled sky is unforgettable. 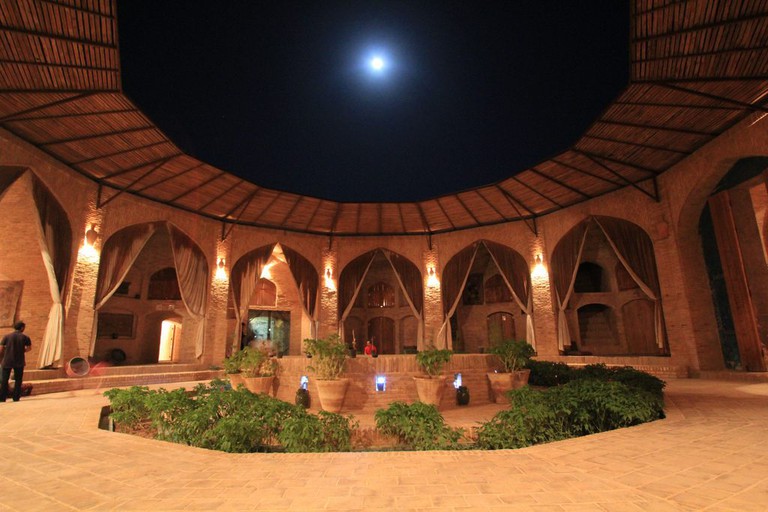 Food unites everyone, and what better way to learn about the culture than through your stomach? Led by Shirin and Matin, two ladies passionate about food and travel, Persia Food Tours in Tehran offers culinary tours that kick off with a bazaar run to learn about traditional Iranian ingredients and pick up some of the freshest items before heading back to their kitchen where you’ll get some hands-on practice by preparing various dishes. Lasting just half a day, it’s the perfect bite-size experience of authentic Iranian cooking.

Though it may be hard to believe, the southern parts of Tehran were at one point the most northern parts. Neighborhoods like Sangelaj, with its narrow, winding alleys, and Udlajan, a once predominantly Jewish neighborhood, seem to be frozen in time as lifestyles continue as they always have. Among the treasures that you can find here are numerous synagogues, the first bank of Iran (since converted into a teahouse), a 900-year-old sycamore tree, public bathhouses still in use, and beautiful old palaces.

Spend an evening with nomads

Go off the beaten path and dive into a little culture. A few hours drive outside Shiraz, you can find the Qashqai nomadic tribe. These nomads are now semi-settled, having adapted somewhat to more modern lifestyles, but they still migrate south around Shiraz for the winter. There might be a language barrier, but the Qashqai are eager to interact with tourists and foreigners and share their centuries-old culture and traditions, such as carpet-weaving. 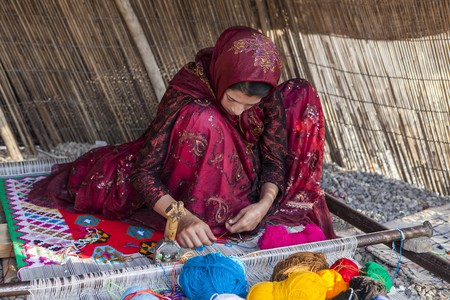 Carpet weaving is a tradition of the Qashqai | © Ninara / Flickr

Weekends for Iranians consist of getting away from city life and heading into nature, even for just a few hours. With a diverse geography, depending on where you are, you could head to the coast, forest, desert, mountain, canyon, or waterfall, among other places. Check out some of the best hiking trails throughout the country—all you need is a comfortable pair of shoes and a backpack. Skiing just outside Tehran is also an option if you’re visiting in winter. 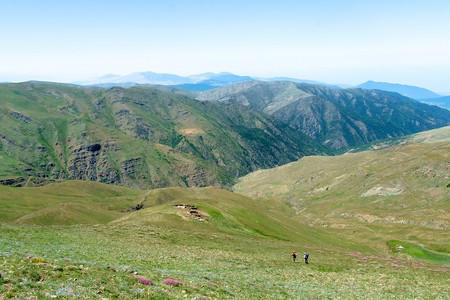 Hikers in the Mazandaran province | © Zabara Alexander/ Flickr
Give us feedback