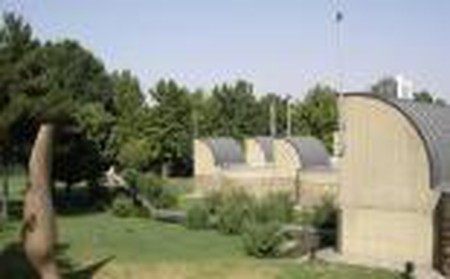 In the late 2000s, the world suddenly opened its eyes to one of the finest collections of modern art ever seen – not in Paris, London or Moscow – but in Tehran. Since then, journalists, critics and art lovers have frenziedly expressed their dismay at the Iranian regime’s refusal to display the precious works.

In March 2008, ABC News broadcast a report revealing a sublime collection of modern art safely kept in the basement of the Tehran Museum of Contemporary Art.

From a Pop Art mural by Roy Lichtenstein to a self-portrait by Diego Rivera, a 1937 series of Three Weeping Women by Picasso and Warhol’s portraits of Jackie Onassis, Marilyn Monroe and Mick Jagger, all of these masterpieces – valued at around $3 billion – have been locked in Iranian vaults for almost 30 years as a result of the cultural isolationism and anti-Western stance of the regime.

The collection was assembled in the 1970s by the Shah’s wife, Farah Pahlavi. Decisively pro-West and eager to see her country’s culture prosper and modernise, Pahlavi had recourse to a panel of experts who toured European and American auction houses in order to build the prestigious collection of 300 sculptures and paintings – a collection that was meant to be a gift to the Iranian people. The museum was inaugurated with great ceremony in 1977, but within a couple of months the Iranian Revolution was in full swing and Khomeini’s theocracy showed no interest in this “decadent western art”. Soon enough, the works were locked in the museum’s climate-controlled vaults.

Part of the collection was briefly displayed in 2005, but the show itself was marked by deep cultural contradictions: key paintings, such as André Derain’s Golden Age and the centrepiece of a Francis Bacon triptych were missing, probably because they were deemed offensive.

In fact, it was suggested that the exhibition was set up in response to widespread criticism of the regime’s decision to hide the collection. Officials from the museum’s administration have repeatedly claimed that the collection would be expanded in the future and put back on display. They maintain that the pieces are locked up to protect them from damage and theft, and because of the lack of free space in the museum. But critics rightly argue that it does not prevent them from displaying selected works, as most museums do.

A more recent incident put the spotlight back on the collection, this time involving the museum’s most valuable work: Jackson Pollock’s Mural on Indian Red Ground (1950). Estimated to be worth $250 million and considered to be the best Pollock outside the USA, the painting was lent for three months to the National Museum of Modern Art in Tokyo as part of its retrospective commemorating the centenary of the artist. Upon its return to Iran in 2012, the piece was detained by the customs at the Imam Khomeini International Airport. This is reportedly because the Islamic Republic of Iran Customs Administration (IRICA) refused to give back the painting until Iran’s Ministry of Culture and Islamic Guidance – an affiliate of the museum – repaid a debt. Following prolonged negotiations, the Pollock was returned to Tehran’s museum. The Japan Times reported that no other painting from the collection had left Tehran since the 1970s.

Aside from the political and cultural scandals, the Tehran Museum of Contemporary Art is a gem in the heart of the capital. Iranian wind towers inspired its architecture, beautifully designed by Kamran Diba, and the museum has nine galleries, a cinematheque, a library, a bookshop and a photography workshop. The building sits in the exquisite Laleh Park, a green recreational area north of Tehran University where you can admire sculptures from major artists such as The Prickly Pear by Alexander Calder, Capricorn by Max Ernst and The Reclining Figure by Henry Moore. Three out of the nine galleries feature international paintings, and the others host temporary exhibitions. The museum could arguably be one of the most peaceful and efficacious platforms to restore cultural dialogue between Iran and Western countries, if only the opportunity were seized.