The Most Spectacular Places to Cycle in Iran 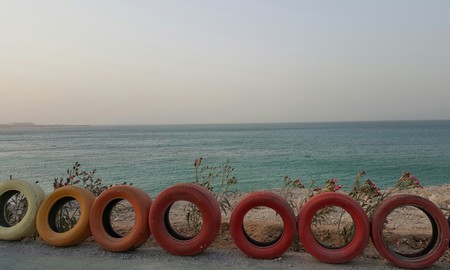 Bikes paths on Kish Island are along the coast | © Pontia Fallahi

Don’t think that traveling to Iran is limited to visiting historical monuments and mosques because there’s also plenty of adventure. A bike tour puts you right in the heart of the scenic landscapes and local culture, and connects you with the people. Whether you’re an avid cyclist or just enjoy a leisurely pedal, grab your bike, and check out our list of the most spectacular places to cycle in Iran.

At only 91 sq km, Kish Island in the Persian Gulf is easily explored on bike. Even better are the paths that have been marked around the island, making it convenient and safe for visitors to ride at their leisure. Rentals are available, and you can choose your own wheels whether it’s a bike or scooter. Days can get hot, but biking along the coast in the afternoon with the views of the clear, blue waters is a lovely way to enjoy this island. 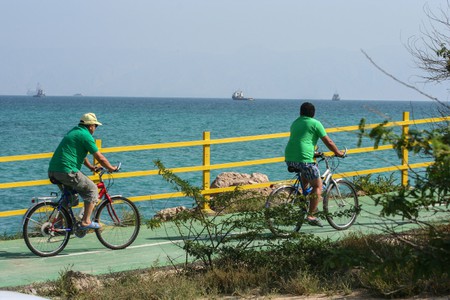 Qeshm has some of the most pristine, untouched nature in Iran, and though it’s the largest of the Persian Gulf islands, cycling gives you the opportunity to explore it all. Throughout the 270 km, you’ll pass all the highlights like Valley of the Stars, the salt cave, and Hara Forest all in the company of scenic beaches (and sometimes herds of camel who also come to enjoy the views). Due to its hot, humid weather, the best time for cycling is in the winter.

Located about 60 km northeast of Kashan, Maranjab is one of Iran’s most beautiful deserts and a great place to cycle. The diverse flora and fauna have made it among the most popular destinations with adventurers, along with attractions such as the salt lake and wandering island, which gets its name because it’s only visible during the rainy season. You’ll experience the magic of the desert on the dirt roads and sand dunes, some as high as 70 m. Enjoy a campfire and evening in the 17th century caravanserai. 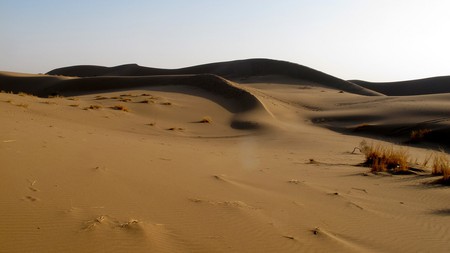 For just the right combination of excitement, nature, and culture, you can bike in the foothills of Mount Damavand in Iran’s Lar National Park. This protected area is ideally visited in the spring when flora and fauna are at their best (and most photogenic). Despite a few minor challenges like scaling hills and crossing rivers, spending some quality time in this park will no doubt be most memorable. 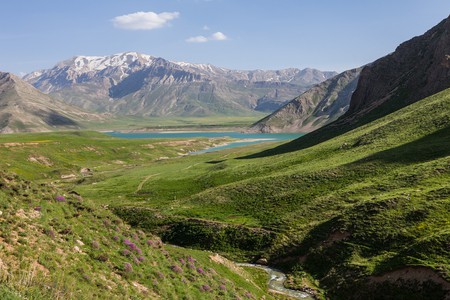 If you’ve ever dreamed of walking (or biking) on clouds, here’s your chance. Located on the border of two provinces, Jangal-e Abr, or Cloud Forest, is aptly named as it is usually bathed in an ocean of clouds, with trees appearing to peer out above them. Given the lush, green nature found here, it’s hard to believe that the southern parts border the semi-arid Khar Turan National Park. Start this 150-km ride in the Abr village in Shahrud, going through the forest toward Ali Abad before ending in the city of Gorgan.

Gisum Forest borders the Caspian Sea and is one of the most tranquil, beautiful parks in Iran. Paved paths snake through the lush trees that provide the perfect amount of shade and are often covered in mist. You’ll bask in the isolation, feeling at times that you’re the only one in the forest, with the exception of a few friendly four-legged creatures. What’s great about this park is that you meet the Caspian Sea at the end, and depending on the season, you may choose to take a dip. 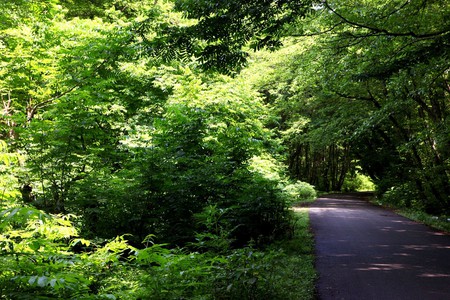 The Kurdistan province is known for its breathtaking natural beauty. Biking in the heart of the Zagros mountains is sure to be unforgettable as you come across both the untouched nature, remote villages, and the hospitable Kurdish people and their remarkable culture. Rough terrain and steep slopes in this location call for more experienced bikers. We recommend starting at Uraman Takht, a village built into the cliffside, and going south toward the Khuzestan province.

This route starts in the coastal town of Astara on the border of Azerbaijan to the northwest and moves around the shores of the Caspian Sea towards Gorgan in the northeast. The track itself is some 750 km, which gives you plenty to explore while allowing you the liberty to stop whenever you want. You’ll come across a mix of both nature and culture as you explore the forests, sea, and Alborz mountains as well as small, rural villages and local traditions of three diverse provinces in northern Iran.