PROFILE
ASIA
/
IRAN
/
Things to Do

The Best Things to See and Do in Qom, Iran 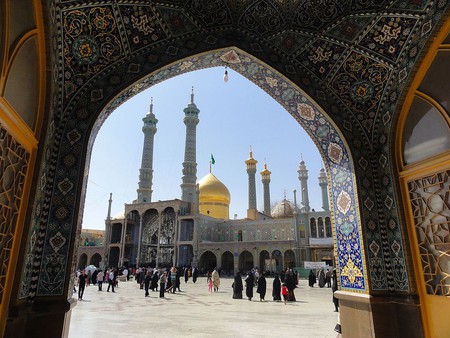 As the second holiest city in Iran (after Mashhad) and the center of study for religious clerics and students, Qom has a reputation for being conservative, and is therefore just a city to pass through on many travelers’ itineraries. But that would mean missing out on the many architectural, cultural, and natural sites it has to offer. Read on to discover the best things to see and do in Qom.

The Fatima Masumeh Shrine tends to fly under the radar, but it is in fact one of Iran’s most stunning mosques. Named for a sister of Imam Reza, the eighth Shia imam whose shrine is located in Mashhad, the geometric shapes and floral motifs of this shrine have a distinctly feminine touch, making you want to linger outside a bit longer to admire the tiles. The interior of this spacious shrine is immaculately decorated and has many notable burials on site, ranging from royalty and political figures to clerics and scholars. 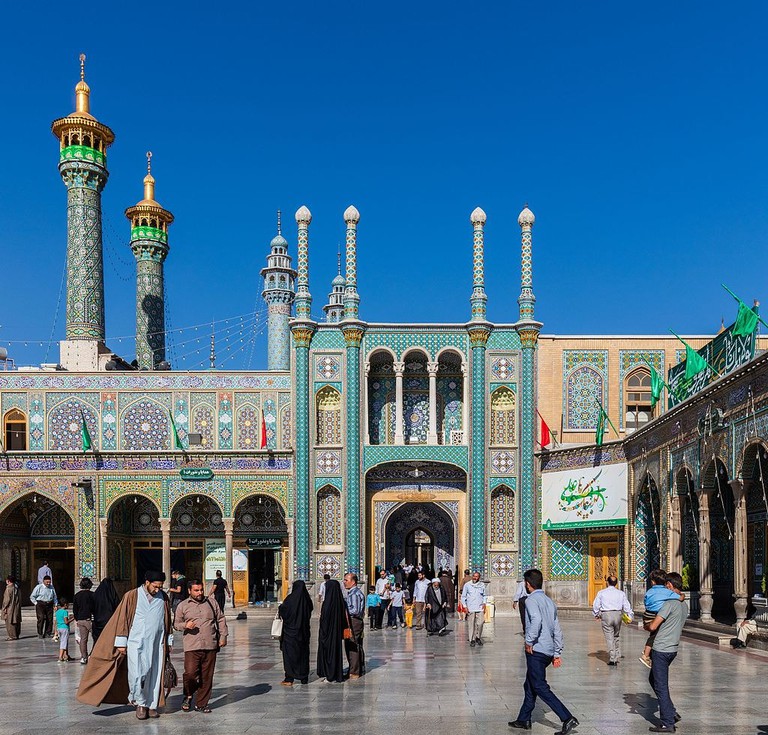 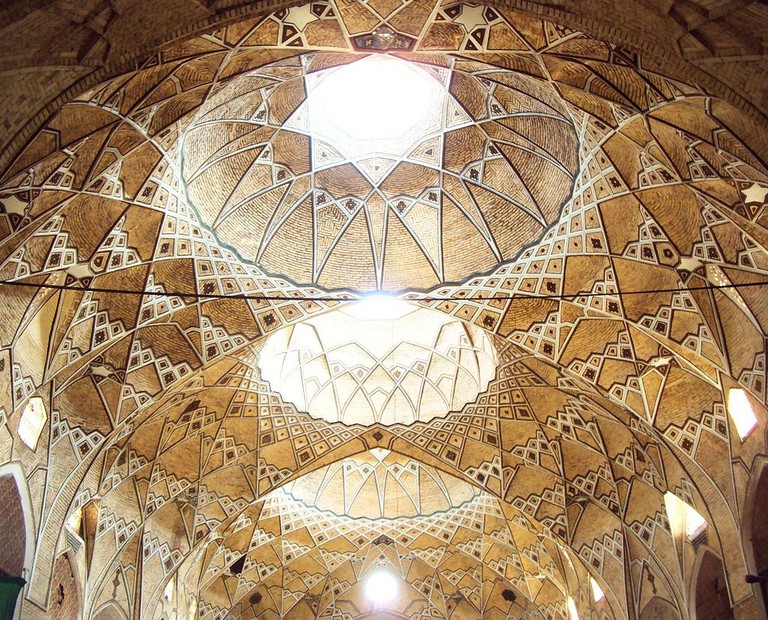 Timcheh in the Qom Bazaar | © Mohammad mahdi P9432 / Wikimedia Commons
Bazaars are the beating heart of Iranian cities, and the one in Qom is no different. Divided into two parts, the old section dates from the Safavid era (about four centuries ago) and appears more like an exhibition of handicrafts, while the new section was developed and expanded in the 19th century. The timcheh, which consists mainly of carpet stores, is the most architecturally impressive part of the bazaar, with three massive domes pierced by lightwells for light and ventilation.

With a spectacular view of the Fatima Masumeh Shrine, Astane Square is Qom’s marble-paved plaza. This square is most pleasant in the evening hours when it’s glowing with lights from the shrine, and robed clerics, scholars, pilgrims, and families gather for a chat or stroll. The city’s famed confection is sohan, a crunchy, buttery, toffee-like brittle studded with pistachios. This is the perfect spot to buy a tin from one of the souvenir shops, as well as to grab a glass of hot tea to wash it down with as you people watch. 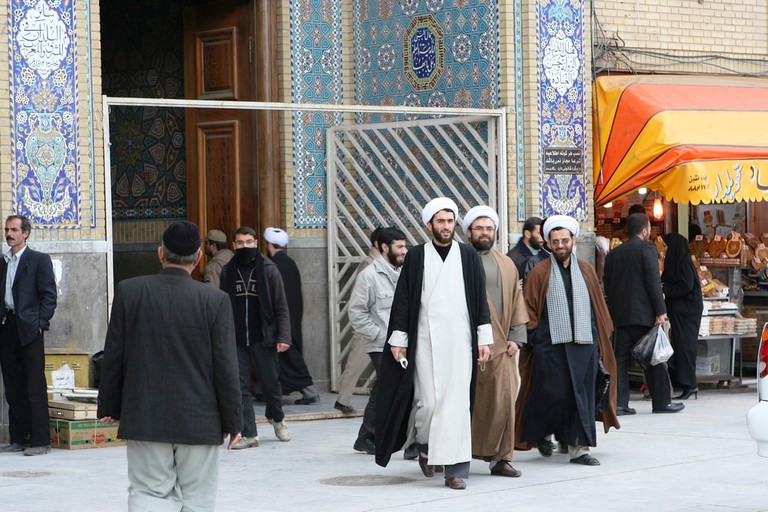 Nestled in this small garden are three 13th century tower-like mausoleums built for members of the House of Safi, who ruled Qom in the 14th century. The two turquoise-colored coned domes and one round dome are 12-sided on the exterior but octagonal inside. Intricate brickwork, as well as Thuluth and Kufic calligraphy, are just some of the similarities they bear to Soltaniyeh Dome in Zanjan, from which they’re believed to have been inspired. 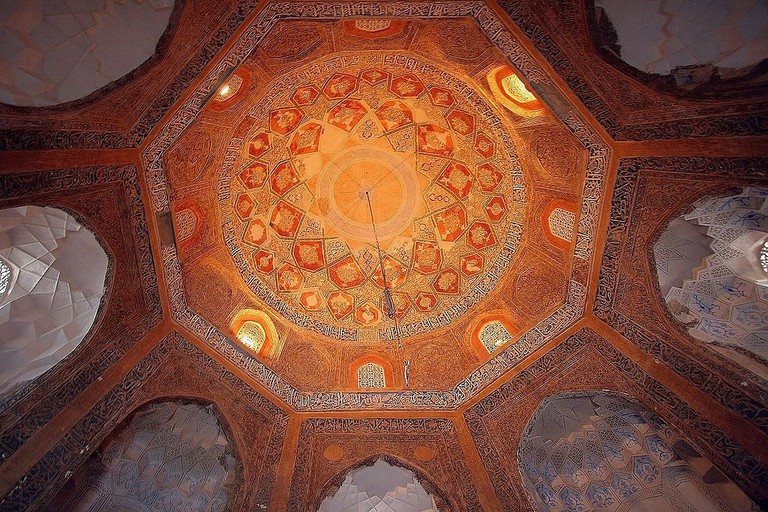 Yazdanpanah Historical House dates back to the late Qajar and early Pahlavi era. This 120-year-old mansion is divided into separate wings to account for the changing temperatures throughout the year. Elaborately designed columns, windows, and windtowers stand out against the simple mud brick building. It’s a spacious yet cozy place to enjoy a Persian meal, particularly the traditional dizi stew or kebabs, followed by tea prepared over a charcoal fire. 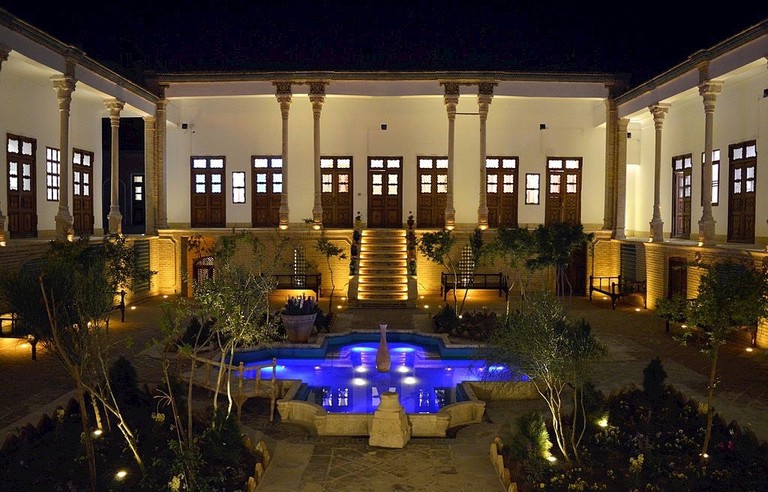 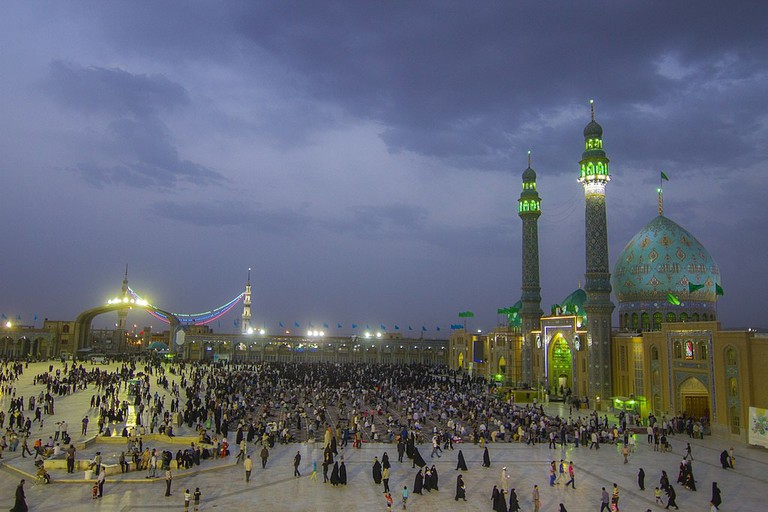 Jamkaran Mosque | © Mostafameraji / Wikimedia Commons
This mosque has religious significance as the site where a local leader reportedly met the 12th Shia Imam. Construction is believed to have started in the mid-1730s, and the mosque has expanded over the years. The brickwork iwans, multi-colored tiles, and Thuluth calligraphy become especially picturesque at night, when floodlights illuminate the complex and give it a spiritual radiance. Pilgrims frequenting this mosque write their wishes on a piece of paper and drop it down the mosque’s well to have it answered by the 12th Imam.

About 100 km east of Qom is the utterly desolate Namak (salt) Lake. A remnant of a sea from the Pleistocene epoch, only one square kilometer of the total 1800 square kilometer area is now covered in water. Visitors crunch layers of thick white salt as they walk across. This silent, other-worldly lake is visible from the Qom-Esfahan highway and should be a definite pitstop as you leave the city on your way towards Kashan or Esfahan. 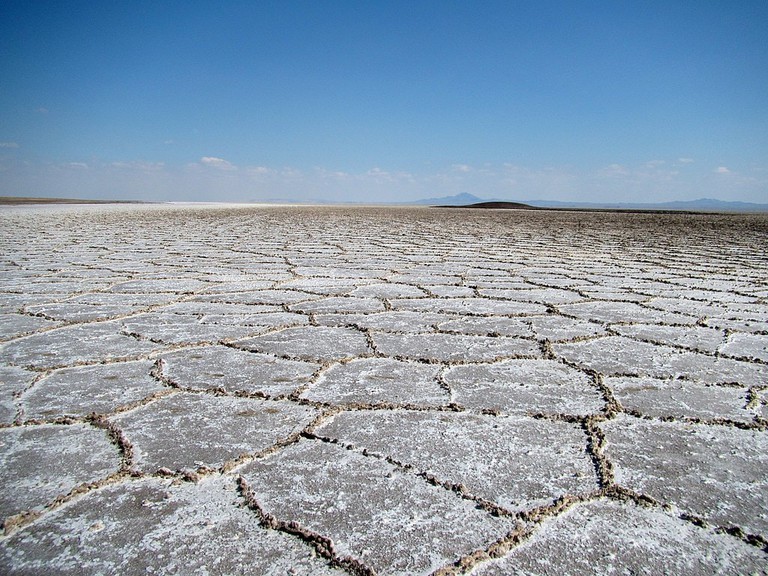