The Best Things to See And Do in Iran

Boroujerdi House is one of the breathtaking historical houses in Kashan | © Diego Delso / Wikimedia Commons
Between the nature, history, and culture, there’s no shortage of wonderful places to explore in Iran. If you’re putting together an itinerary, you may have a hard time deciding just which places to include. Luckily, we’ve looked at the best of the best and compiled a list of our favorite things to do and see in Iran.

This island doesn’t tend to be on travelers’ itineraries, but there’s a world of things to see in dolphin-shaped Qeshm, the largest of the Persian Gulf islands. From Naz Island and Hara (mangrove) Forest, with their unpredictable high and low tides, to Chahkooh Pass and Valley of the Stars, which have an other-worldly feel, you can witness pristine, natural beauty. The beautiful port city of Bandar Laft is dotted with windcatchers, a shipyard, and a local style of dress that reflects a unique culture unlike the rest of Iran.

Historical houses and rooftops of Kashan

Kashan is situated 250km south of Tehran and is home to some of the most beautiful historical buildings in the country. Fin Garden (a UNESCO-listed Persian garden), Boroujerdi House, Ameriha House, and Tabatabaei House are just some of the stars brightening this desert city. You’ll find grand courtyards with central pools and lovely gardens outside, before walking through the doors to discover exquisite frescoes. The rooftop of the Sultan Amir Ahmad Bathhouse looks as if pods from outer space have landed on it, and has spectacular skyline views. 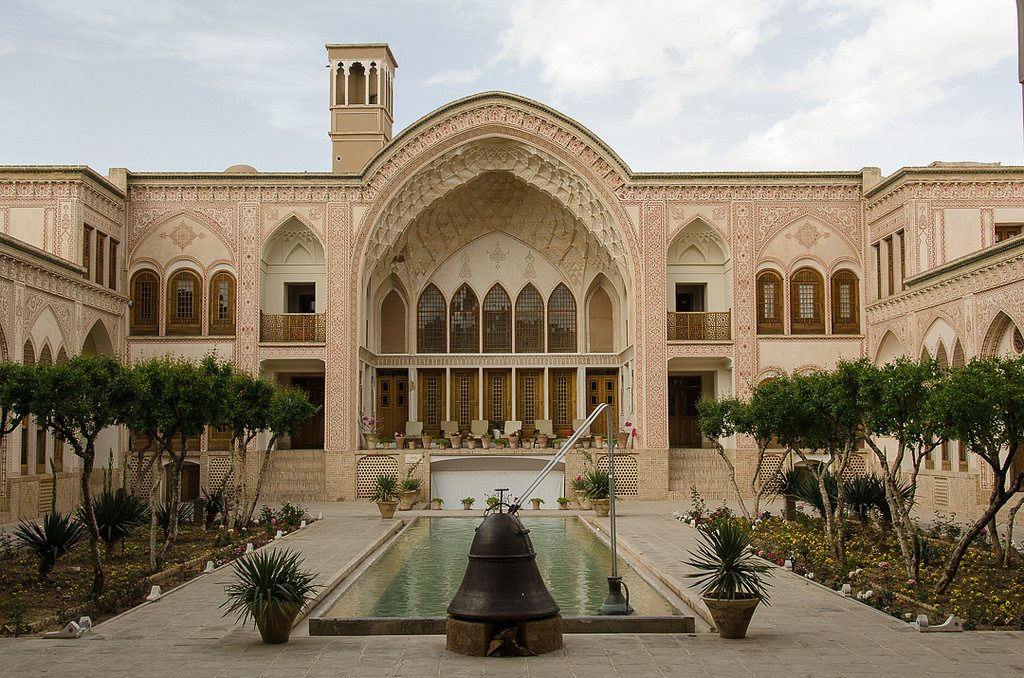 Mosque
Light streams through the stained glass of Nasir ol-Molk mosque | © Julia Maudlin / Flickr
Nasir ol-Molk Mosque in Shiraz is by some accounts the most beautiful mosque in Iran. Nicknamed ‘The Pink Mosque’ due to its various hues of pink tiles, this mosque is best visited in the morning, when it is illuminated by the sunlight pouring in through the stained-glass windows, creating a kaleidoscope of colors on the Persian rugs — and on visitors. Becoming a part of and capturing this exquisite mosque on film is sure to be a highlight of your visit to Iran.
More Info
Open In Google Maps
Lotf Ali Khan Zand Street, Shiraz, Fars Province, Iran
+987132241661
View menu
Visit website
Visit Facebook page
Send an Email
Give us feedback

The first natural site to be listed with UNESCO in 2016, the Lut Desert has been recorded as the hottest place on earth for seven consecutive years, with temperatures reaching a scorching 159.3ºF (70.7ºC). Despite the heat, however, this vast, barren space offers an unusual silence and tranquility among the yardangs (sand ridges), which continuously change shape. Pick your favorite to hike up and get a better view from above as the afternoon sun sinks and the temperatures become more tolerable. 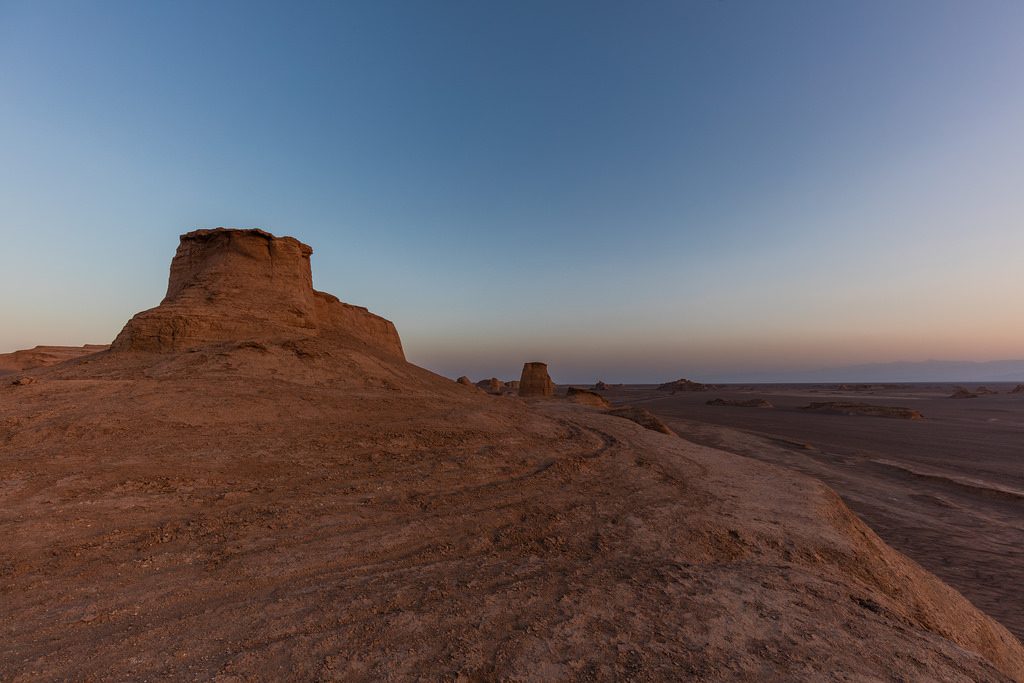 No trip to Iran is complete without a visit to the birthplace of ancient Persian civilization and capital of the first Persian Empire over 2,500 years ago, Persepolis. This awe-inspiring place requires a bit of imagination to reconstruct, but the towering columns in the once lavish palaces gives an idea of just how lofty this city once was. Walk in the footsteps of the great Persian kings as you contemplate the numerous reliefs and statues of a once-grand empire.

Hailed as a ‘masterpiece of creative genius’ by UNESCO, this ancient irrigation system dates to the time of Darius the Great in the 5th century BCE. Two main diversion canals on the Karun River supply water to the city of Shushtar through a series of tunnels. Climb to the top of the hill to view this feat of engineering from above before heading back down to tour the bridges, dams, and mills in detail. Ducks, egrets, and other fauna call this World Heritage Site home. 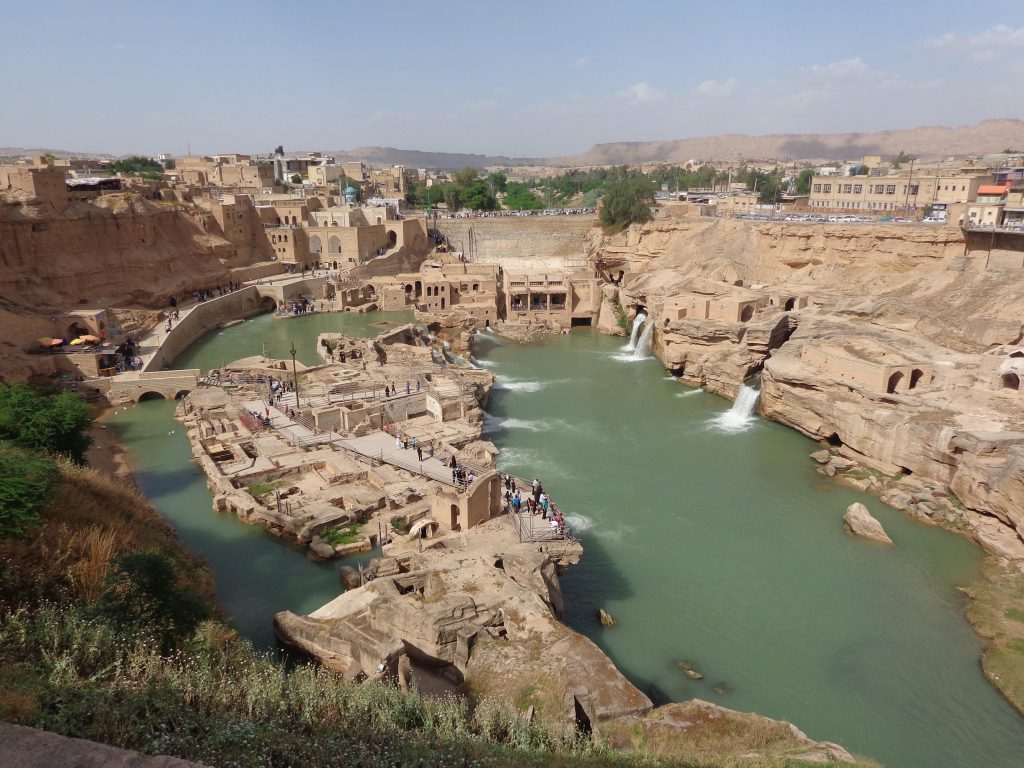 The ancient irrigation system in Shushtar is a masterpiece | © Pontia Fallahi

About 100 km north of Hamedan lies the Ali Sadr Water Cave. Rediscovered in the 1960s by Iranian excavators, this extensive network of subterranean chambers, water passageways, and lakes was inhabited over 12,000 years ago, as indicated by the artwork and pottery found inside. Historically, this cave was also used as a safe refuge for the Safavid Army. Pedal boats will guide you through the crystal clear waters that measure an average of five meters in depth. Fantastic geological structures cover the walls, and shapes of animals and other figures can be made out in the stalactites and stalagmites. 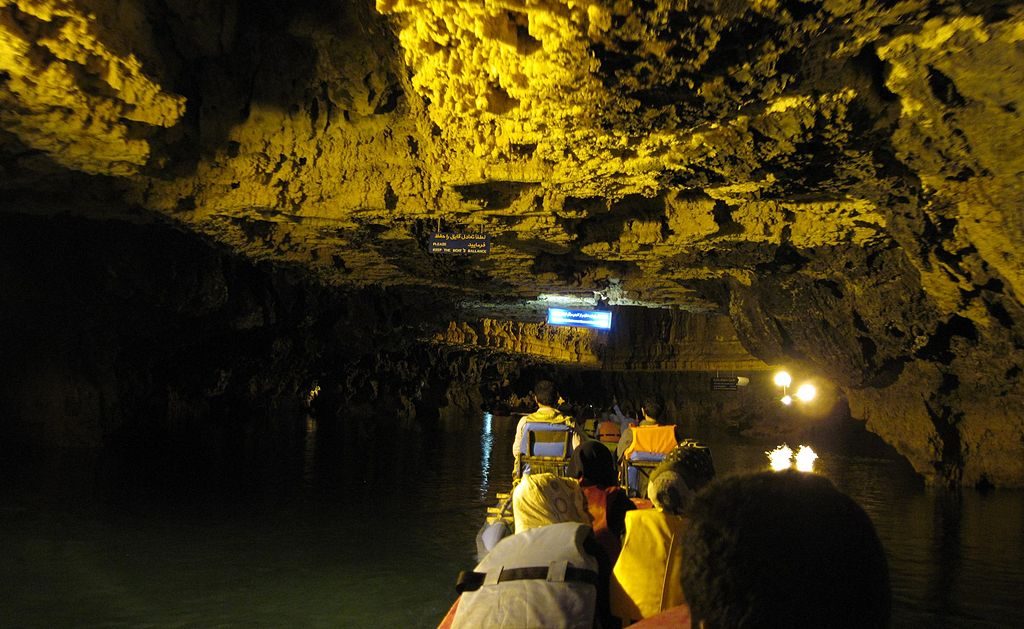 Naqsh-e Jahan Square is probably the main attraction in Esfahan, and what earns it the nickname nesf-e jahan, ‘half the world’. Built in the 17th century, this massive square was once a royal polo field. The sites on each side are connected by a two-story arcade. Imam Mosque enraptures visitors with its lofty tiled ceilings, while Sheikh Lotfollah Mosque dazzles with its off-center dome. You can walk up the mosaic stairs of Ali Qapu to get some of the best views before strolling through the Imperial Bazaar. 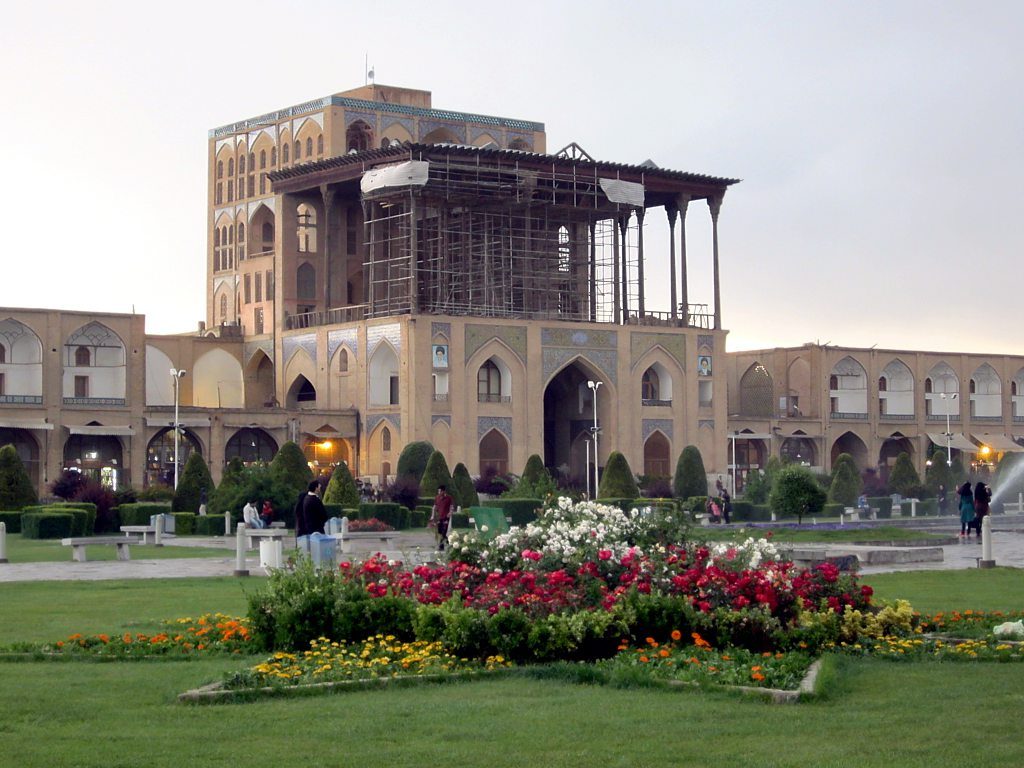 Bazaar, Market
Tabriz Bazaar is a great place to see the modern-day rug industry | © Pontia Fallahi
This magnificent UNESCO-listed bazaar covers an area of about 7 sq km, and is arguably the most beautiful and well-kept in the country. Considered the largest covered bazaar in the world, the interconnected red brick buildings each offer something different, from gold and jewelry to spices and household appliances. Mozaffareih, the carpet section, is the most spectacular, in which narrow alleyways are stocked with sacks of naturally dyed thread, and bazaar keepers transport rugs and conduct business. Grab some tea from one of the kiosks and watch the action.
More Info
Open In Google Maps
Bazar Tabriz, East Azerbaijan Province, Iran
View menu
Visit website
Visit Facebook page
Send an Email
Give us feedback

Simply put, Yazd has good energy, amazing sites, kind people, and delicious food. Known as the city of badgir, Yazd is not only dotted with these architecturally amazing windcatchers, it is also home to the tallest one, in Dowlat Abad Garden. The Towers of Silence, Fire Temple, and pilgrimage site of Chak Chak provide wonderful insight into the Zoroastrian religion, while Amir Chakhmagh Square and the city’s Ashura festival show the Islamic side. An all around win-win, this desert town should be ranked as high as Shiraz and Esfahan on anyone’s first trip to Iran. 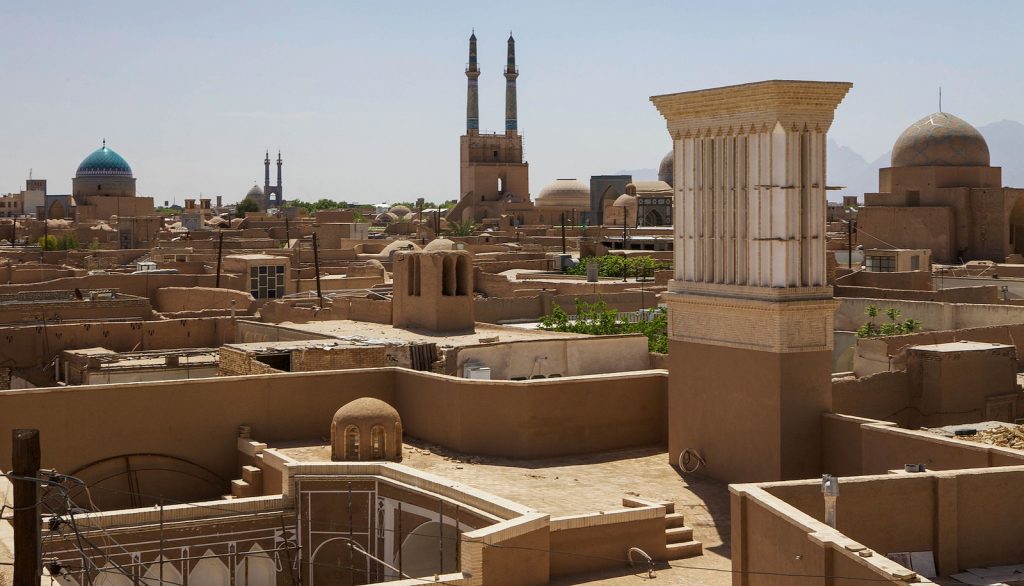