The Best of Iranian Theatre In Tehran | Passion And Plays

Tehran boasts a vibrant but much-underrated theatre scene, the productions of which have often been subject to international acclaim and critical intrigue. From experimental performance pieces to religious-themed passion plays, to creative fusions of the traditional and the modern, Iran’s capital has a lot to offer drama-lovers. Here we explore some of the best venues, traditions, and opportunities available for enjoying the highlights of Iranian performing arts. 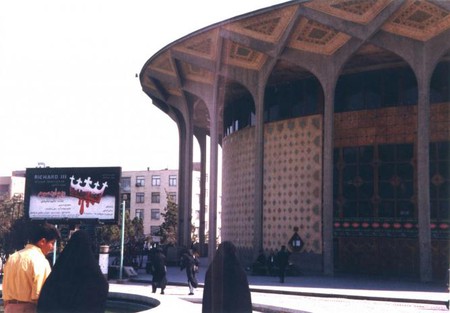 Iran’s premier centre for the performing arts is to be found in the Tehran City Theatre, right in the middle of the capital. The cylindrical modernist building, which opened in 1972, is itself an architectural site to behold. Situated at the crossroads of Enghelab and Valiasr Streets in Park-e Daneshju, the theatre houses various arts festivals and a full schedule of locally produced works. The main hall holds over 500 audience members and an impressive revolving stage. A hub for young, creative Iranians, you will often see street performers in the theatre’s surrounding grounds.

Iran Shahr Theatre is another industrious hub of dramatic activity, located centrally in Park-e Honarmandan. One of the oldest theatres in Tehran, Iran Shahr has two large stages with performances being held most days of the week. The second floor café is a great place to meet Iranian thespians and discuss the latest play and playwrights making waves in Tehran. Adaptions of Western plays are not uncommon (Shakespeare is no stranger here), although most productions are domestic creations. Like City Theatre, Iran Shahr is an important venue for theatre festivals, most notably, the Fadjr International held annually. 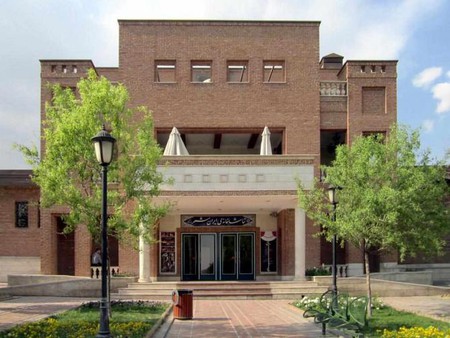 Ta’zieh is a form of performance art indigenous to the Islamic world, which is often translated as ‘Shi’it’e passion play’. Particular to Shi’ite communities, ta’zieh performances commemorate the 7th-century martyrdom of Imam Hussein, the third Imam of Shia Islam. Performed in metered verse, ta’zieh has again flourished under the Islamic Republic, and is ubiquitous during the Islamic month of Muharram, which marks the anniversary of the Imam’s martyrdom. Performed publicly, popular venues include the Grand Bazaar, the Tajrish Bazaar, and Park-e Daneshju (outside City Theatre), although streets and squares across the city are also commonly converted into makeshift stages. 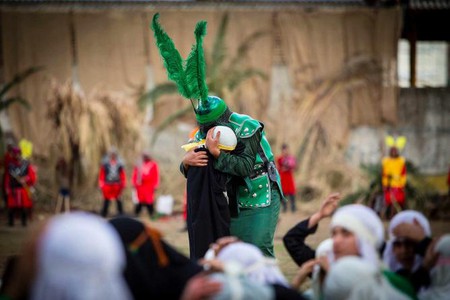 Another notable cultural and architectural legacy from pre-revolutionary Iran is the Vahdat Hall (talar-e vahdat), the capital’s only opera house. Completed in 1967, the Vahdat Hall was at the time one of the most state-of-the-art opera houses in the world, and still holds its own today. The main auditorium seats over 1000 spectators; though no longer accommodating opera or ballet performances, it remains an important centre for the performing arts, featuring regular plays as well as housing the Tehran Symphony Orchestra. 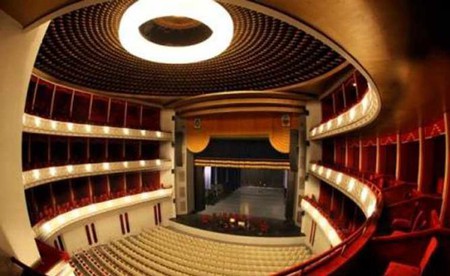 The Zurkhanehs (or “houses of strength”) of Iran are home to an ancient, performative practice, steeped in Shi’ite mysticism. The exclusively male practitioners stand in a circular pit wearing a traditional uniform, and perform a series of esoteric movements whilst swinging heavy clubs. Simultaneously, Sufi chants are recited and drums are rhythmically beaten. The routine demonstrates a compelling blend of rhythm, endurance, and creative flourish, and is often (though not always) open for public view. The Ayatollah Taleghani Zurkhaneh in Chizar neighbourhood is one of Tehran’s best-known venues.

Iran has a rich history of performance art, many traditional forms of which are still practiced sporadically around the city. Be sure to look out for Kheymeh Shab Bazi – Iranian puppet plays: normally performed in small chambers, the plays feature a dialogue between the puppets, a narrator, and a musical performer. Also of note are the dramatic storytelling performances known as naqqali, in which a narrator recounts tales to music and dance.