The 7 Best Cinemas In Tehran, Iran 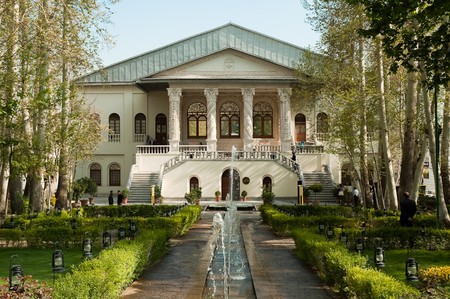 The Iranian film industry has greatly evolved in recent years, and Iranian films are now making numerous appearances on the international scene. Paired with the construction of modern theatres in the capital city Tehran, the movie-going experience has become more exciting than ever. Here is our list of the best cinemas in Tehran. 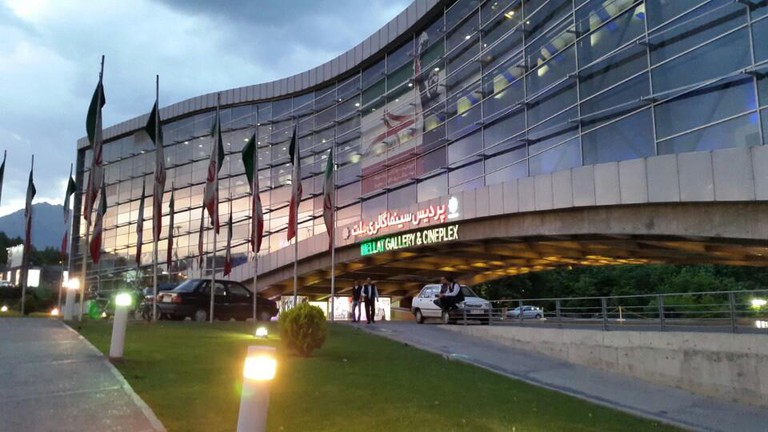 The modern architecture of Mellat Gallery and Cineplex | © Rye-96 / Wikimedia Commons
Architects Catherine Spiridonoff and Reza Daneshmir constructed Mellat Gallery and Cineplex in 2008. The modern glass and concrete architectural design is as delightful as the movie experience. Four theatres, each with 300 stadium-style seats, a small performance hall, exhibition areas, food and beverage services and a bookshop equip the interior. Its convenient location in the southwestern corner of Mellat Park makes it the perfect place if you want to catch a flick and go for a stroll in one of Tehran’s most idyllic green spaces.

Occupying the top four floors of Kourosh Complex, this cineplex is not only Iran’s biggest, it’s also considered to be the most modern. With names like Rex, Crystal, and Metropol, each of its 14 theatre halls is named after one of the old cinemas that once crowded the famed Lalezar Street, the first modern boulevard in Tehran known for its thriving cultural scene. Alongside Iranian movies, original language foreign films with Persian subtitles are also screened in Kourosh Cineplex, although club membership is needed. 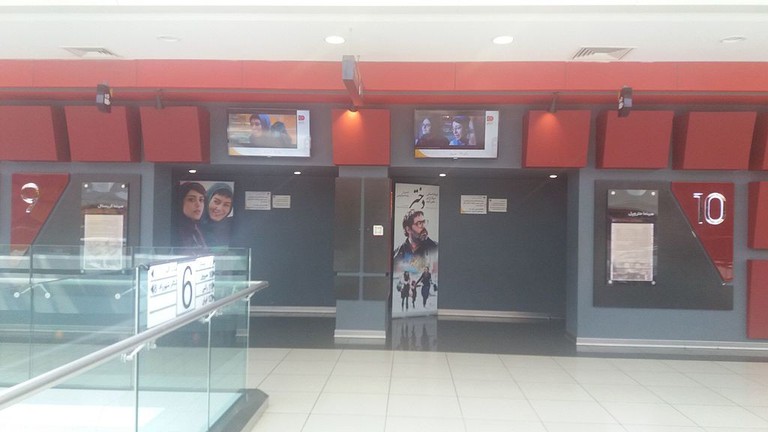 Movie Theater
Facebook
Email
Twitter
Pinterest
Copy link
Share
Map View
One of the most famous cinemas in Tehran a few decades ago, Farhang Cinema seems more like an arthouse theatre these days, especially compared to its modern counterparts in the huge shopping malls. Located on Shariati Street, this simple, clean, and well-managed theatre has a small display of old school film equipment and a huge sense of nostalgia that keeps locals coming through its doors for an always great cinematic experience. The adjoining CD and DVD store has an impressive archive of old and new Iranian movies should you wish to pick something up.

Movie Theater
Facebook
Email
Twitter
Pinterest
Copy link
Share
Map View
Located off Shariati Street is Pardis Gholhak Cinema, which set up the first private cinema for film students and enthusiasts. This theatre mostly screens old and new Hollywood blockbusters and animations, a monthly schedule of which can be found on their website or Instagram page. Although a small membership fee is required, the regular stream of English-language films makes this theatre a gem for expats or visitors with an extended stay in Tehran.

Movie Theater
Facebook
Email
Twitter
Pinterest
Copy link
Share
Map View
In the heart of downtown Tehran, Charsou Bazaar is an eye-catching modern media mall that opened in 2014, and with some spectacular views of Tehran and state-of-the-art technology, gives other shopping centres some serious competition. Located on the seventh floor, the cineplex has 5 theatres with a total of 900 seats and is equipped with audio-visual equipment for 3D movie projections. The cinema also plays host to monthly English literature nights.

Building
Facebook
Email
Twitter
Pinterest
Copy link
Share
Map View
This cinema has a long history, having been opened in 1969 with the name Shahre Farang Cinema. It wasn’t until a screening of Star Wars that it became a popular hangout for movie buffs, and a few years later it became a best-selling theatre, bringing in never-before-seen sales in Iranian cinema. After the Islamic Revolution, it was renamed Azadi Cinema and after a few devastating fires it was demolished and built anew in 2008. Today, it houses five halls, the largest of which boasts 600 seats.

The Iran Cinema Museum sits in an imposing Qajar-era mansion. Along with exhibitions that guide you through Iran’s century-old film industry, the museum has two working theatres, one of which has beautifully detailed plasterwork that might have movie-goers staring more at the ceiling than at the screen in front. The surrounding garden cafes afford conducive spots for a post-movie discussion, while the DVD shops allow you to pick up a few things to expand your knowledge of Iranian films throughout the years.
Give us feedback