The Best Markets To Visit In Tehran, Iran

For shopaholics looking for the best products and the best deals, navigating Iran’s chaotic capital presents some sizable challenges. From food markets, to touristy goods, from bargain antiques, to everyday household items, Tehran has a bazaar for all occasions and inclinations, so long as you know where to go. Here we feature some of the best markets in the city. 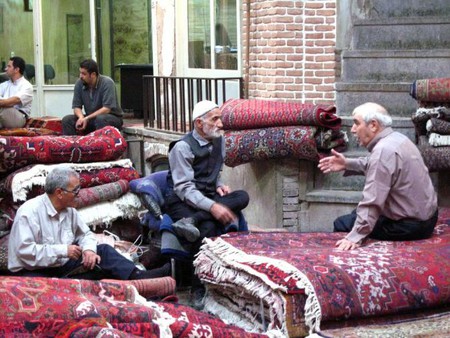 Historic, expansive, and dizzying, Tehran’s Grand Bazaar should be at the top of any bargain-hunter’s agenda. The bazaar consists of over 10 kilometers of labyrinthine covered alleys, and is divided up into sections selling different types of product. Everything imaginable is up for sale here; of particular note are the jewelry and carpet sections. The frenzied atmosphere may not be every shopper’s cup of tea, but the Grand Bazaar offers a tour de force of Iranian market life, and there are plenty of teahouses and restaurants around for a moment’s respite. 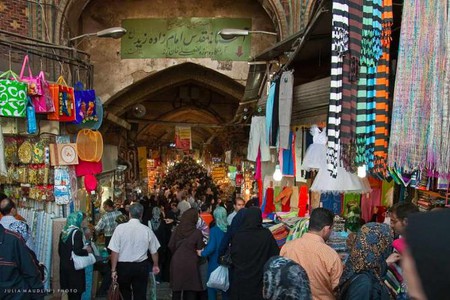 More tourist-friendly and aesthetically pleasing than the central Grand Bazaar, the Tajrish Bazaar in northern Tehran is a great venue for a spot of afternoon shopping. Boasting a vibrant central section selling fresh fruit and vegetables, as well as traditional Iranian sweets, the other alleyways of the bazaar peddle everyday items alongside traditional crafts and touristy merchandise. The Bazaar backs onto the picturesque Imamzadeh Saleh shrine, a popular local pilgrimage site, and also houses an excellent value kebab restaurant and teahouse.

The Jomeh, or Friday Bazaar is a popular flea market held every Friday morning in an empty multi-story car park on Jomhuri Street, not far from Sa’di Metro Station. Filled with antiques, pre-revolutionary memorabilia, crafts and clothing from the different regions of Iran, as well as more contemporary artisan products, this bazaar is a veritable treasure trove, filled with hidden gems and unexpected discoveries. Crowds become increasingly large after midday, so it’s best to get there as early as possible.

The historical town of Shahr-e Rey, located just to the south of Tehran, remains an important pilgrimage site thanks to the magnificent shrine of Shah Abdol Azim. Accessible by metro, the town also boasts a small but delightful bazaar of its own, primarily selling religious goods, but also offers other curious trinkets, such as elegant Shisha pipes.

Out in the east of the city at the end of the famous Enghelab Street is Imam Hossein Square, around which is found the best second-hand furniture market in the city. If you are looking to furnish an empty flat or pick up a second-hand washing machine, this is the place to come. Most appealingly, however, are the second-hand rugs you’ll find for sale around here, often at remarkably good prices.