The 10 Most Beautiful Parks and Gardens in Iran

Lar National Park | © Parandco / Wikipedia
Green spaces have always played a role in Iranian culture. In the past, the elite surrounded themselves with lavish private gardens, eventually giving way to the Persian Gardens, as named by the UNESCO World Heritage Centre. Today, public and national parks continue to provide Iranians with a peaceful reprieve from city chaos or a weekend getaway. Here are the 10 most beautiful parks and gardens in Iran.

A welcome retreat from Kashan’s otherwise desert-like dryness, Bagh-e Fin exemplifies the traditional Persian garden and exquisite architecture. Cypress trees line walking paths, and goldfish swim among the coins tossed in the pool by wish-making visitors. The bathhouse, located on the left side of the garden, is the site where Amir Kabir, a chancellor during the Qajar era, was murdered by an assassin. Despite the large crowds on holiday, it’s well worth visiting this epitome of royal Persian gardens. 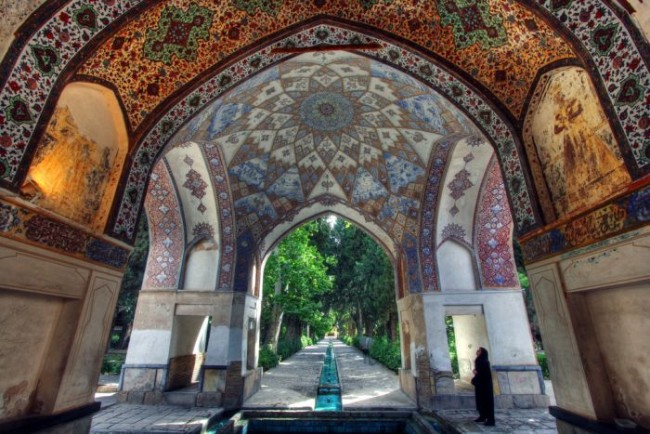 Bagh-e Eram, a UNESCO-listed garden, is a popular site for tourists and locals alike. Pictures don’t do justice to the myriad of hues from trees and flowers, along with the vibrant mosaics of the three-story pavilion inscribed with the poems of Persian lyric poet Hafez. Water streaming down from the clear fountains adds the finishing touch. Joining the many art students sketching their surroundings, as soon as you step inside this garden, it’s easy to see why it’s called eram, Persian for paradise. 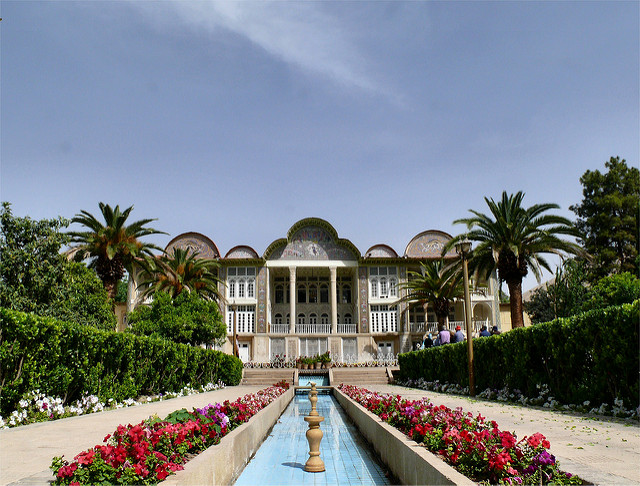 Park
Situated in the northeast, Golestan National Park is one of the oldest and largest parks in Iran. The humidity of the nearby Caspian Sea reaches the park’s semi-arid landscape to create a wide range of biodiversity, including rich flora and fauna. Although spring is probably the best time to view wildflowers and nesting birds, it is when the park is blanketed in snow that the wildlife is most visible.
More Info
Open In Google Maps
Golestan Province, Iran
+981735806412
View menu
Visit website
Visit Facebook page
Send an Email
Give us feedback

Amusement Park, Park
The tranquil El Goli | © Hoseinb007
Behind the high-rises of bustling Tabriz lies the tranquil El-Goli, a hillside park under a thick veil of bountiful trees. Dominating the center of the park, an artificial lake houses a small palace, dating back to the Qajar dynasty. This park is a favorite among locals who are likely to be going for a brisk morning walk or enjoying a leisurely weekend breakfast. A stroll during the cooler evening hours followed by a glass of tea is not to be missed.
More Info
Open In Google Maps
Elgoli Tabriz, Iran
View menu
Visit website
Visit Facebook page
Send an Email
Give us feedback

Lying in the remote eastern town of Tabas, Bagh-e Golshan is one of the most breathtaking gardens in Iran. The abundance of water in these parts seems inconceivable, given its location between two salt deserts, but it is sourced from the ancient qanat system that feeds the plentiful date palms, citrus and pomegranate trees, cypresses, roses, and cycads, to name a few. As for fauna, a few pelicans have taken residence in this desert oasis. 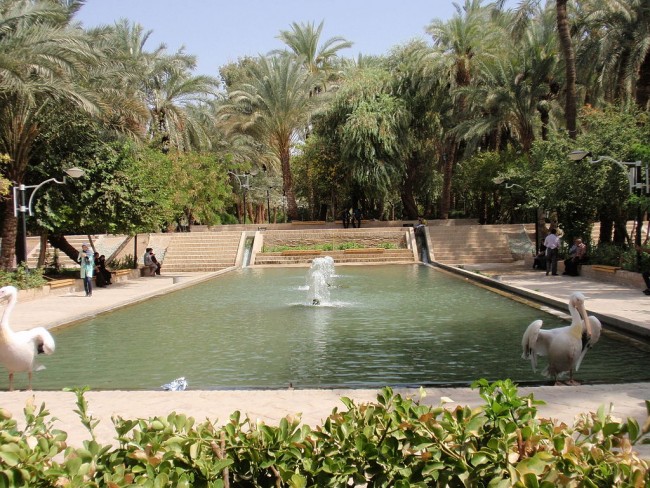 Park, Hiking Trail
Jamshidieh Park: a hiking hotspot | © Ninara / Flickr
Jamshidieh Park is located in the foothills of the Alborz mountains in the northern Niavaran neighborhood of Tehran. The stones and rocky paths make it a favorite among amateur hikers, and its relative seclusion is idyllic for young couples. Water running through the trails can sometimes make for a slippery walk, but those willing to hike a little higher will be dually rewarded with a panoramic view and fresh air.
More Info
Open In Google Maps
Tehran, Iran
+982122277793
View menu
Visit website
Visit Facebook page
Send an Email
Give us feedback

After a trek into Kerman’s barren Lut Desert, your eyes will surely be delighted at the inviting sight of Bagh-e Shazdeh, Prince’s Garden, a walled Eden of towering trees and cascading water. Walk up the stairs to the old residence where you can find a traditional restaurant and a spectacular view from the top of the garden. You might even want to stay until nightfall, when the bubbling fountains and entryways are beautifully illuminated. 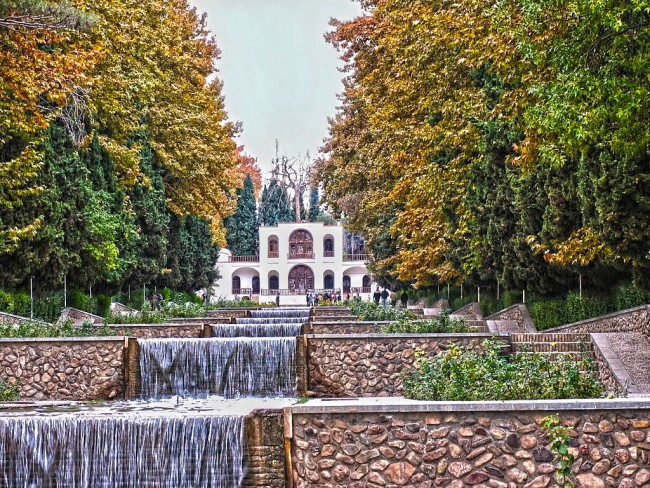 Park
A maze of flower-lined pathways at Mellat Park | © Ninara / Flickr
One of the largest green spaces in the city, the centrally located Mellat Park offers a tranquil respite from the hubbub of Tehran. Numerous pathways give way to a beautiful central lake, although it is perhaps the statues of notable Iranian figures and modern sculptures that are the most beloved features of this park. It’s the perfect place to meander with nothing but your thoughts, or to picnic on the manicured lawns and people-watch.
More Info
Open In Google Maps
Valiasr Street, District 3 Tehran, Tehran Province, Iran
View menu
Visit website
Visit Facebook page
Send an Email
Give us feedback

Park
A bright yellow carpet of wild flowers at Lar National Park | © Mahdi Kalhor / Wikipedia
At the foot of Mount Damavand sits Lar National Park, home to various birds, reptiles, mammals, and amphibians due to its diverse ecosystems. Only open for a few months between spring and summer, the best time to visit is from May to June, when the landscape is covered by a carpet of bright yellow wildflowers and wild red poppies.
More Info
Open In Google Maps
Mazandaran Province, Iran
+981143342441
View menu
Visit website
Visit Facebook page
Send an Email
Give us feedback

One of Mashhad’s most treasured parks, Kooh Sangi has something for everyone. In the morning, park-goers come for an invigorating early-morning hike on the rocky mountain for which the park is named, a quick jog around the pool, or energizing group aerobics. The atmosphere turns more relaxing come sunset when visitors enjoy an ice cream and chat, picnic dinners with family, and perhaps some hubble bubble with friends. 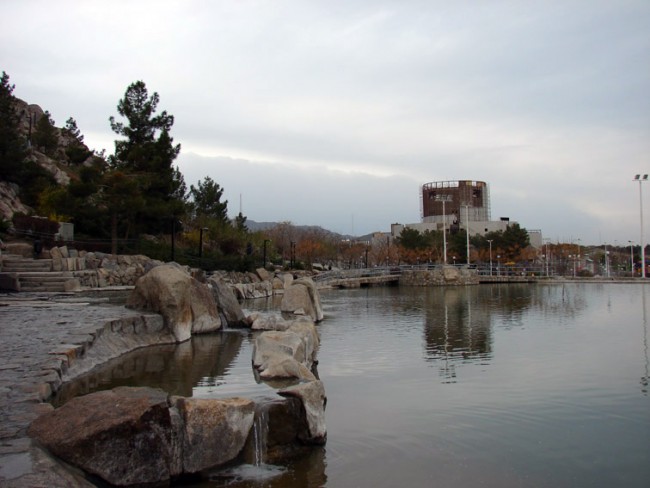