The 10 Best Museums You Should Visit in Iran

Sa'ad Abad Palace served as the residence of former monarchs | © Matt Biddulph / Flickr
Iran is a country with a rich culture and history, and cities like Shiraz and Esfahan give visitors first-hand accounts. Museums can also enrich these experiences, and although some of the best are located in Tehran, known as the City of Museums, various museums in other cities offer a wealth of information as well. Here we list some of the Iran’s best.

Museum
Antique water mill in the Yazd Water Museum | © Adam Jones / Flickr
The luxury of running water means we rarely stop to think of the lengths some people must go to to get water, but the Yazd Water Museum is sure to give you a new appreciation for it. Yazd is a city that blossomed in the desert, and obtaining water was a major issue. This museum is dedicated to explaining how water was extracted through hand-dug qanât, elaborate tunnel systems used to extract groundwater, allowing life to flourish here. The fascinating collection of photos, tools, and equipment will uncover the mysteries of the underground world of water.
More Info
Open In Google Maps
Qiyam, Yazd, Yazd Province, Iran
+983536268340
View menu
Visit website
Visit Facebook page
Send an Email
Give us feedback

Museum
"Sea of Light" diamond is among the fascination collection at The National Jewelry Treasury | Wikimedia Commons
The National Jewelry Treasury is a mind-boggling must-see, where the bling worn by monarchs of the Safavid, Qajar, and Pahlavi dynasties can be examined in detail. The dazzling collection of priceless gems, crowns, and metals is jaw-dropping, but the star of this collection is the stone-studded Peacock Throne. Located in the vault of the Central Bank of Iran, this museum has limited openings, so plan your trip in advance. Security is tight, and all cameras, phones, bags, etc. must be left at reception.
More Info
Open In Google Maps
Ferdowsi, Javadiyeh Tehran, Tehran Province, Iran
+982164464700
View menu
Visit website
Visit Facebook page
Send an Email
Give us feedback

Building, Museum
Staircase in the Glass and Ceramics Museum | © reibai / Wikimedia Commons
The collection in the Glass and Ceramics Museum in Tehran is sure to impress you as much as the building itself. Originally built as a family residence, this museum later housed the Egyptian Embassy. Today, it takes visitors through a chronological history of glass and ceramics dating back to the 4th millennium BCE, and each piece will cause you to linger over its beauty. The building is noteworthy itself, with its wooden, spiral staircase, ornate plasterwork, and crystal chandeliers.
More Info
Open In Google Maps
30th Tir Street, District 12 Tehran, Tehran Province, Iran
+982166708153
View menu
Visit website
Visit Facebook page
Send an Email
Give us feedback

The luxurious residence of the former shahs of Iran is not to be missed. The Sa’ad Abad Museum sits in a lush, 100-hectare green space in northern Tehran. Among the highlights are the White Palace, the largest of the buildings constructed in the 1930s, and the Green Palace, which is covered in rare green stones from Zanjan Province and houses a 70-square meter rug. Aside from the numerous other museums in this complex, it’s an ideal spot for a nice stroll, and given its proximity to Darband, a satisfying lunch or afternoon tea in this quiet village is in order. 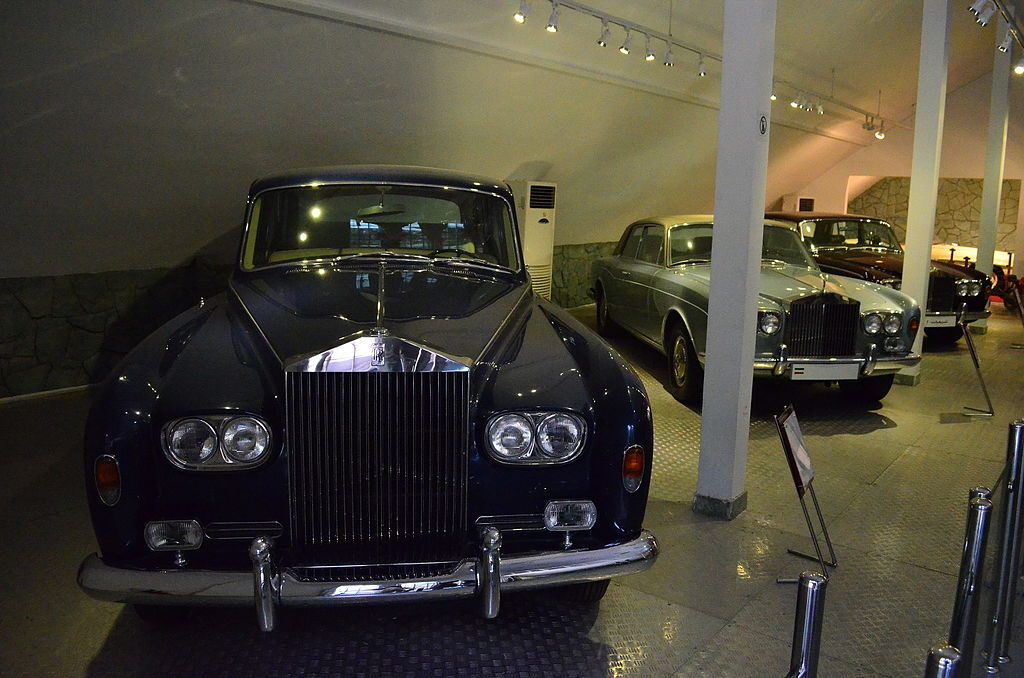 Building, Museum, Park
'Nature morte à l'estampe japonaise' by Paul Gauguin is a part of TMoCA's collection | Wikimedia Commons
This modern, concrete building houses an impressive collection of Western artists such as Picasso, Pollack, Matisse, Kandinsky, Warhol, Rothko, Van Gogh, Bacon, Miró, and Munch, and is widely considered one of the most important collections outside Europe or North America. Iranian artists such as Sohrab Sepehri, Farideh Lashai, and Parviz Tanavoli are displayed too. Situated in the leafy green Laleh Park, TMoCA is a must visit for art enthusiasts, as is the sculpture garden in the surrounding grounds.
More Info
Open In Google Maps
Tehran, Iran
View menu
Visit website
Visit Facebook page
Send an Email
Give us feedback

Bazaar, Museum
Golestan Palace is a masterpiece | © Ninara / Flickr
The lavish Golestan Palace became a UNESCO World Heritage Site in 2013. It once served as the Qajar Dynasty’s seat of government. The architecture is a fine example of the fusion of Persian design and western influences. Mirrored walls and ceilings, grand halls, and towering windcatchers are plentiful here, as are the numerous mosaic walls that make excellent backdrops for photos. Located a stone’s throw from Tehran’s Grand Bazaar, this magnificent palace should be a stop on any traveler’s itinerary in Tehran.
More Info
Open In Google Maps
Tehran, Iran
+982133113335
View menu
Visit website
Visit Facebook page
Send an Email
Give us feedback

Museum
The interior of Pars Museum has beautiful frescoes | © Ali Naderi / Wikimedia Commons
Located in the heart of Shiraz, Pars Museum once hosted royal guests of the Zand Dynasty, and is now the burial site of the dynasty’s founder, Karim Khan Zand. This octagonal structure sits in Nazar Garden and was converted into a museum in the 1930s. Zand-era weaponry, paintings by Iranian artists, and several hand-written Qurans are some of the main features of this compact museum. Although the building may look unexceptional from the outside, the interior frescoes and ceiling are sure to impress.
More Info
Open In Google Maps
Zand Underpass, Shiraz, Fars Province, Iran
+987132224151
View menu
Visit website
Visit Facebook page
Send an Email
Give us feedback

Museum
Among its list of cultural and architectural achievements, Isfahan also lists the craftsmanship of musical instruments. Tucked away in the Armenian quarter of the city, Isfahan Music Museum is a serenade to Iran’s rich musical history. This private museum was founded on the passion of two local musicians, and showcases around 300 instruments from around the country, including string, wind, and percussion. As a bonus, visitors are welcome to try their hand at the less precious ones, and perhaps uncover a hidden talent or pick up a new hobby.
More Info
Open In Google Maps
Mehrdad Street, Isfahan, Isfahan Province, 81738 86161, Iran
+983136256912
View menu
Visit website
Visit Facebook page
Send an Email
Give us feedback

Museum
Artillery is displayed outside the Holy Defense Museum | © Pontia Fallahi
Though it may seem morbid, the Holy Defense Museum provides a compelling account of the eight-year war with Iraq, known in Persian as the ‘Holy Defense’, which claimed an estimated one million lives. The museum sits in a massive 21-hectare site and includes plenty of tanks, rockets, and artillery. On the inside, projections, audio, and an eerily recreated city of Khorramshahr, one of the first to succumb to Iraq, are among the exhibits. This museum provides insight into the history of modern Iran and an understanding its people.
More Info
Open In Google Maps
Tehran, Tehran Province, Iran
+982188657026
View menu
Visit website
Visit Facebook page
Send an Email
Give us feedback

Museum
Golden Head of Horse Rhyton - Sassanid Empire 6-7 AD at Reza Abbasi Museum. | © TruthBeethoven/WikiCommons
Opened in 1977, the Reza Abbasi Museum is named after the great Iranian artist of the Safavid era. The museum is comprised of three galleries that showcase pre-Islamic and Islamic art and calligraphy and painting, arranged chronologically. Paintings and miniatures by Abbasi himself are also displayed. Pottery, vessels, and especially metal objects and jewelry from ancient times are some of the most exciting items in this well-kept museum.
More Info
Open In Google Maps
Shariati Street, District 7 Tehran, Tehran Province, Iran
+982188513002
View menu
Visit website
Visit Facebook page
Send an Email
Give us feedback
Give us feedback