Tehran's Best Contemporary Artists and Where to See Their Work

The Tehran art scene has taken off in recent years, and many well-known and up-and-coming young artists hold exhibitions nearly every Friday. Attending one of these is one of the best ways in which you can get to know modern Iranian art and society. Here we profile Tehran’s best contemporary artists and where to find their work.

When admiring the works of Vahid Chamani, viewers become captivated by the haunting faces in dark and dream-like spaces. Born in 1984, Vahid earned his BA in painting at Tehran’s Soureh University, and in 2014 was listed as one of five best-selling artists under 30 in the Middle East and Africa by Art Price. His exhibition, ‘Amino Acids’, masterfully illustrates the present-day culture of Iran, one that rejects but is unwilling to completely abandon traditional ways, yet is unable to find a place in the modern world. ‘Amino Acids’ was on display at the Assar Art Gallery in 2016, and previous exhibitions were held in the US, Italy, Slovakia, the Netherlands, the UK and the UAE. 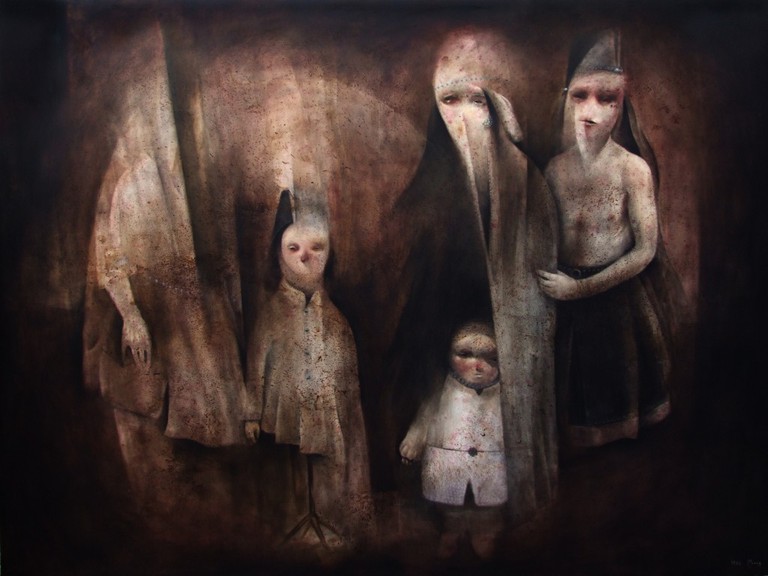 A graphic designer celebrated for his modern Persian typography, Reza Abedini, born in 1967, manages to effortlessly blur the lines between traditional Islamic patterns, Persian calligraphy and illustrations to create modern works of art. This multiple award-winning designer also sits on judging panels for various national and international competitions, has lectured in universities at home and abroad, and is a published author. Art enthusiasts flocked to his last exhibition at Tehran’s Ab Anbar Gallery in 2015 to see 89 works which explored the boundaries between drawing and the beauty of the written Persian language. 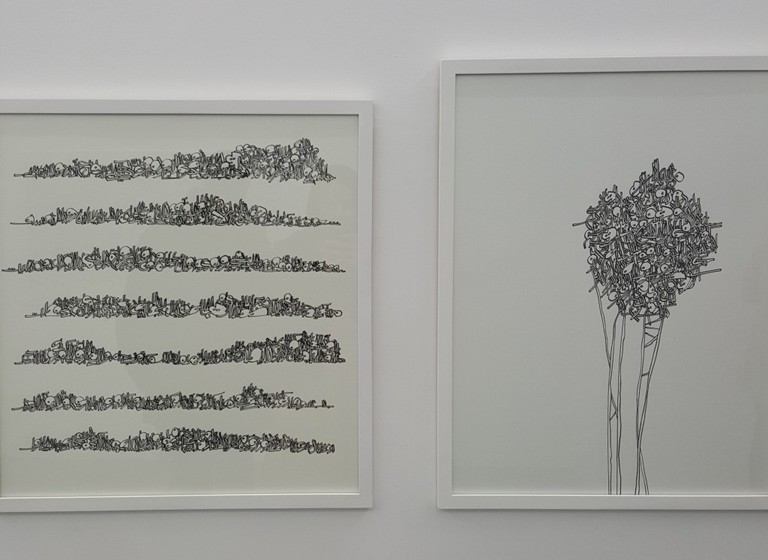 Born in 1981, Neda Moin Afshari received her BA in painting from the University of Science and Culture, Tehran. In addition to numerous exhibitions in Iran, Neda was selected in London’s international competition “Human Habitation” in 2009, and is a permanent member of the Society of Iranian Painters. The death of her father inspired her 2011 exhibition, ‘Sorrow’, which gained acclaim for its ability to depict the complex nature of death through figures shaped by simple lines, curves, and vivid colours set against a white background. A participant in local and international group exhibitions, her work can also be viewed in Igreg Art Studio and Elahe Gallery in Tehran.

This contemporary Iranian sculptor was born in 1957, and dabbled in painting in his youth before experimenting with sculpture. A member of the Association of Iranian Sculptors and La Maison des Artistes à Paris, Mohammad Hossein Emad was commissioned for several urban projects including ‘Vazir’ in Tehran’s Gofteman Park, the Beheshti Monument in Tehran’s Shahid Beheshti University and three sculptures for the Dr. Hesabi Centre in Tehran, Bushehr, and his hometown of Arak. His 2016 exhibition, ‘Acceptance’, in the Assar Art Gallery included objects such as hollowed wooden cubes whose insides could be glimpsed only through a hole in the corner, inviting visitors to construct the dark void using their own imagination.

The installation that gained Bita Fayyazi international recognition in the late 1990s is not for the squeamish; thousands of all too real looking ceramic cockroaches escaping from a crate and crawling up the wall and across the floor. ‘Road Kill’, a project modelled after the dead dogs found along Tehran’s highways, was also placed throughout the city after the exhibition. Such works have given her a reputation of creating “dark ceramics”; sculptures and installations that call attention to issues afflicting modern society. With numerous international exhibitions under her belt, her latest were in Gallery Isabelle van den Eynde in Dubai in 2014 and La Maison Rouge in Paris in 2016.

Known for his papier-mâché sculptures and imaginative paintings, Reza Lavassani, born in 1962, takes viewers on an explorative journey of the process of creating a work of art, which in his view is as important as the final result. This two-time recipient of UNESCO’s NOMA Concours is inspired by Persian mythology and poems, which blossom into a series of drawings, paintings, or masterfully formed sculptures. His 2011-2014 large-scale papier-mâché installation ‘Life’ took viewers through the various phases of the life cycle, from one end of the table to the other. For a chance to catch his work, visit the Assar Art Gallery. 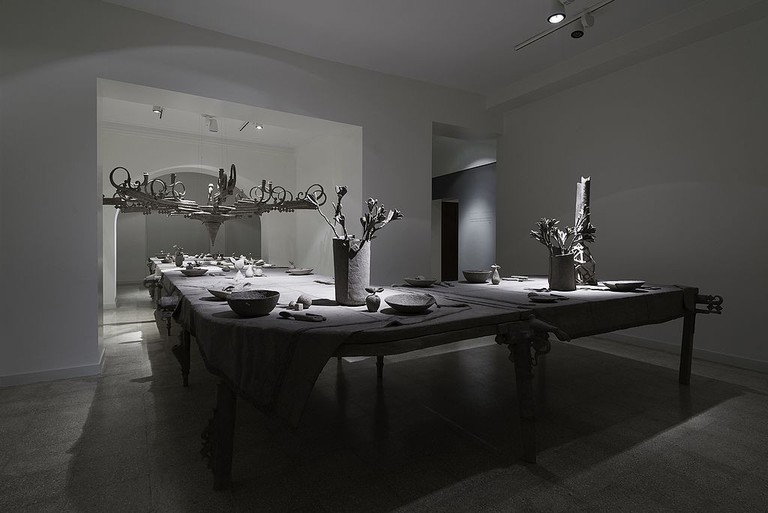 Born in 1983 in the small town of Sari, Arefe Arad worked with metal before transitioning to what she is now known for; life-size textile sculptures. Using various cloths such as velvet, satin, and the traditional Iranian cloth termeh, she creates patchwork figures that take an almost alien or monster-like quality that lack both individuality and identity. A participant in numerous group exhibitions in galleries throughout Tehran, Arefe’s first solo exhibition was held in 2016 in the Etemad Gallery.