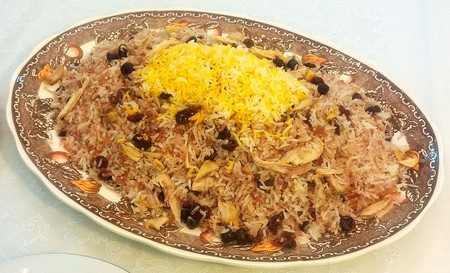 When it comes to Iranian cuisine, kabob is surely the first thing to come to mind, but that wouldn’t be doing the gastronomic experience in Iran justice. The range of dishes is extensive, often with local variations, and the flavors are distinct. From stews simmered to perfection to fragrant saffron rice, Culture Trip presents the most delectable dishes to taste traditional Iranian flavors.

A dish that may not look appetizing, but tastes amazing, fesenjoon is a concoction of pomegranate paste and finely ground walnuts simmered with either meatballs, chicken, or duck. Taking a bite of perfectly tender meat covered in tart sauce is eating not only one of the most beloved Iranian stews but also a taste of Persian heritage. And don’t worry about the layer of oil that may be sitting on top—it’s heart-healthy oil from the walnuts.

This dish features a lot of leafy greens and herbs, which is where it gets its name from. Beef and onions are sautéed before adding the greens—chives, parsley, fenugreek, spinach, dill, and savory. Kidney beans add a hint of color, and whole dried limes add a kick of acidity. Ghormeh sabzi, served over a bed of steamed saffron rice, is a favorite Iranian comfort food. 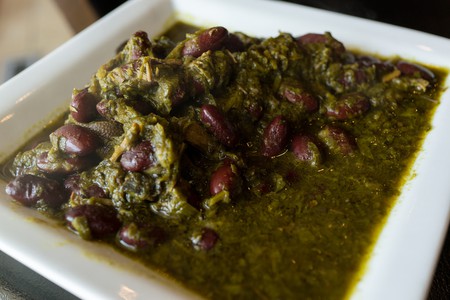 Âlbâloo, sour cherries, flourish in the summer and are eaten fresh or as dried fruit, jam, or fruit leather. These tart cherries are boiled in sugar until they break and are then layered in saffron rice with chicken or meatballs for that perfect sweet-and-salty combination. Those with a stronger sweet tooth can sprinkle extra sugar on top.

Beh âloo stew is a festival of flavors and textures. The main ingredients, quince (beh) and aloo (dried plums with the pit), are simmered with chicken or beef. Iranians are major fans of dried plums, and adding them to this stew is just one of their uses. Much like sour cherries, quince is another fruit commonly used in jams, and in this case, also in a savory rice dish. The best is a home-cooked version that hits the spot, especially on a cold winter’s day. 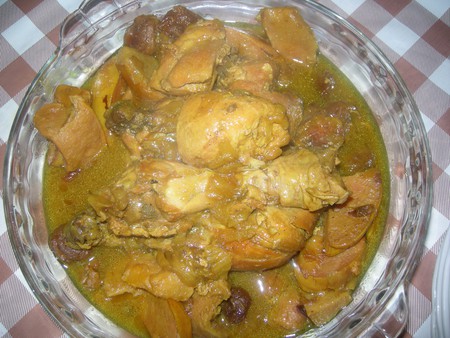 Morasa polo, or jeweled rice, gets its name from the colorful nuts and berries that sparkle on top. Saffron adds a touch of yellow, while slivered pistachios and almonds, finely sliced orange rind, barberries, and raisins give the appearance of this rice being drowned in everything from emeralds to rubies, hence the name. Served with chicken, morasa polo is definitely the crown jewel and most royal of all the rice dishes. 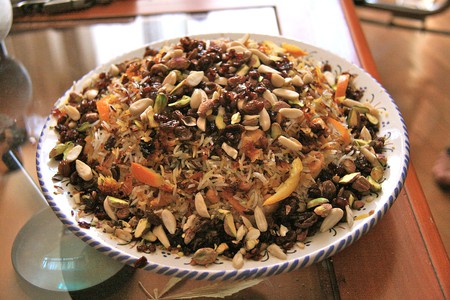 Arguably the national dish of Iran, kabob has varieties such as kubideh (ground beef or lamb), chenjeh (cubed steak), barg (flattened filet mignon), or chicken and is served with a plate of chelo, plain white Persian rice. This legendary fragrant staple features a bit of saffron-soaked rice for color and flavor and a slab of butter to mix in so that it’s as fluffy as possible. The meat and rice are finally topped with sumac for a tangy bite and served with raw onion and fresh herbs. 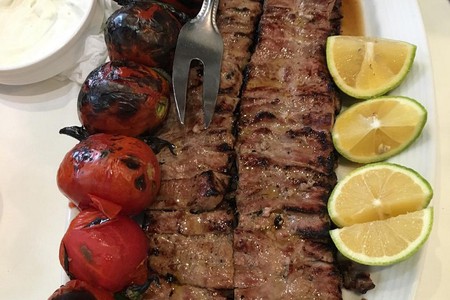 Tadeeg may not be a dish per se, but it certainly takes center stage on the table. Literally “bottom of the pot,” tadeeg is the crust of the rice that sticks to the bottom of the pot. The most beloved part of the rice, this crispy decadence is the most sought-after (and fought-over) plate, and the first thing finished. In its most traditional form, it’s just crusty rice, but thinly sliced potatoes or lavash bread are also greased and placed at the bottom of the pot before the rice is added to create varieties of this crowd favorite. 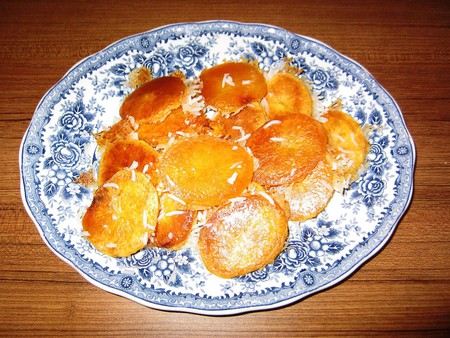 One of the most traditional Iranian dishes, dizi sangi is a stew of lamb, tomatoes, potatoes, and various legumes cooked in a clay pot with a lump of fat. The liquid is poured into a bowl and eaten with shredded pieces of bread. Meanwhile, the remaining bits are mashed together (with or without the fat) in the pot, spread on flatbread, and eaten with pickled vegetables, onions, and/or fresh herbs. No trip to Iran is complete without trying this one. 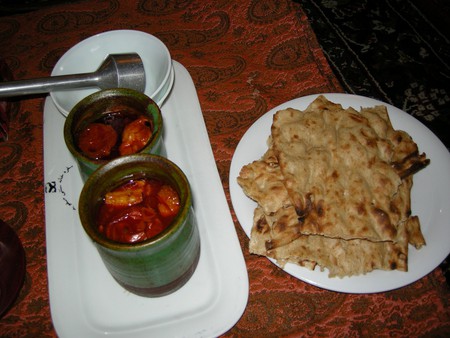 Dizi is cooked and served in a clay pot | © Pontia Fallahi

Gheymeh consists of split yellow peas, small cubes of beef (emphasis on small), and whole dried lime cooked with nutmeg and cinnamon and topped with French fries. Some even like to include eggplant, transforming this dish into gheymeh bâdemjân. Commonly served during religious festivals as a charitable offering, gheymeh is sure to satisfy your tummy at any time. 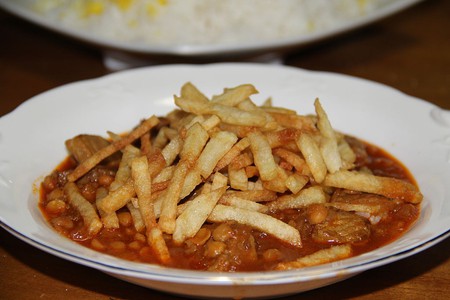 Tachin is essentially a baked rice cake with chicken layered into yogurt, egg yolk, and saffron-soaked rice. The ingredients are pressed together into a greased dish and baked in the oven, and then sliced just like a cake. With all these flavors infused in the rice, tachin makes some of the most delectable, crispy tadeeg.