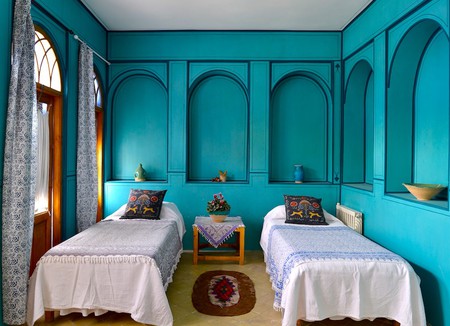 While Scandinavian countries are perhaps the obvious go-to places for interiors inspiration right now, young author Lena Späth has captured the beauty, intricacy and vibrancy of Iranian interior design to showcase its underrated style in her new book Behind Closed Curtains: Interior Design in Iran.

After studying in the country, Späth lost her heart to both Iran and its people, but also to one man in particular, and it’s through him she claims to have been able to discover ‘the real Iran’. Since then she’s travelled to Tehran multiple times. 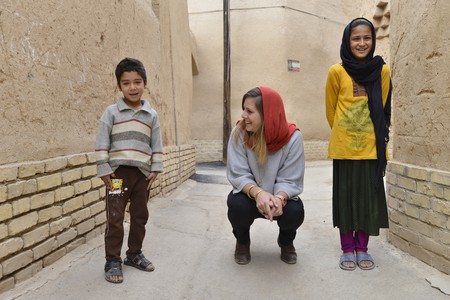 ‘Every time I was in Tehran, I went to its flea market on Fridays. In 2008, my friends told me it was not a good place to go; they said it was dirty and questioned why I would want to buy something Irani when I have Ikea and H&M and co. in Europe. Most people didn’t understand my love for traditional design and handicrafts. But today, almost a decade later, things have changed. Young people have started to buy Persian products and are more and more creative themselves. Now one can buy ceramics, jewellery, or even hammocks made in Iran via Instagram.’ 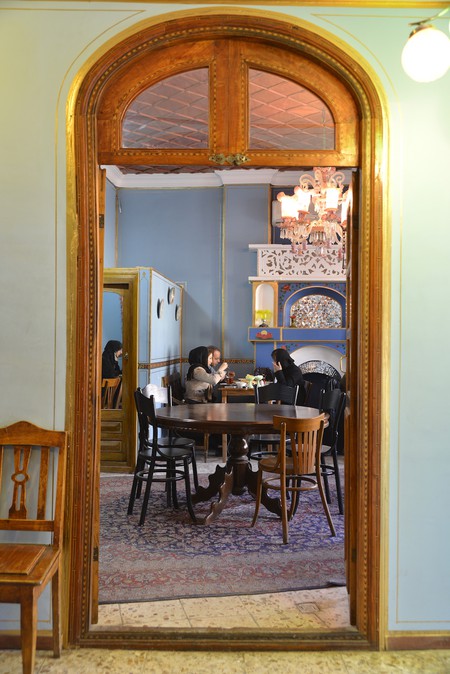 Throughout Späth’s book, she unfurls the hidden treasures of Iran, offering a rare glimpse inside the houses of ordinary people with extraordinarily beautiful homes. One highlight of the book is the property of Sufi Shahidzadeh Falsafi, based in Esfahan. Here, Späth takes us on a tour of this stunning home: 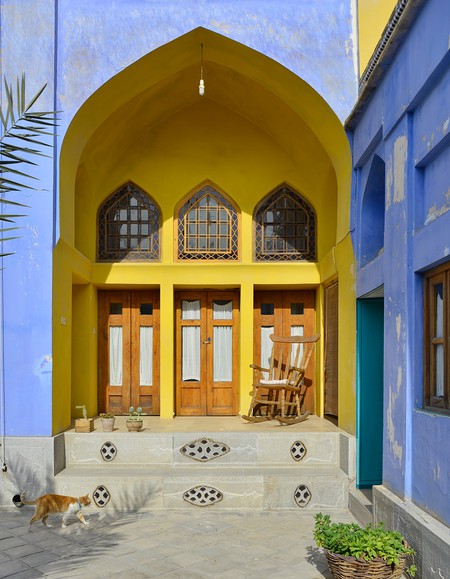 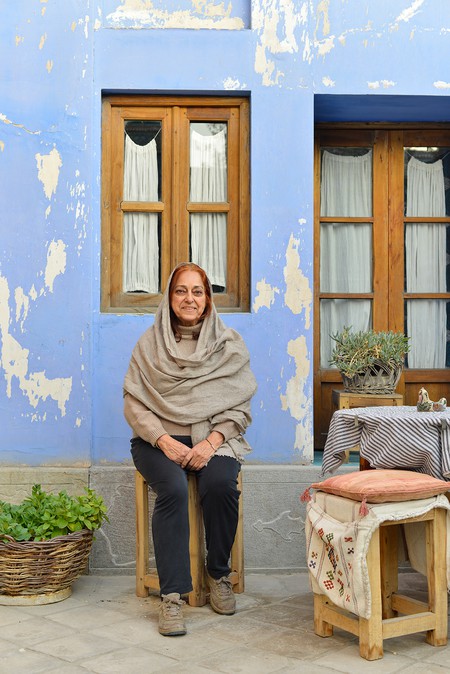 ‘The Dibai House is situated in a narrow street of traditional clay and straw houses near the old bazaar. Built in the 1670s, it features the typical central courtyard and two Ayvans, large vaulted halls open to the garden. 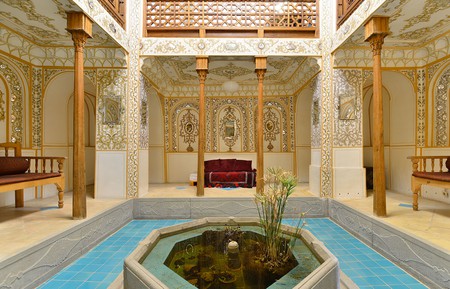 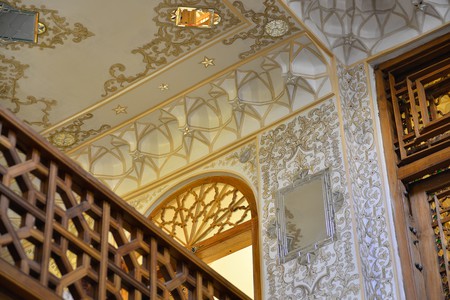 ‘In between them sits the typical splendid room to welcome guests, the Shah Neshin, nowadays known as a guest room. Here a traditional fireplace with holes for glass bottles catches the eye. 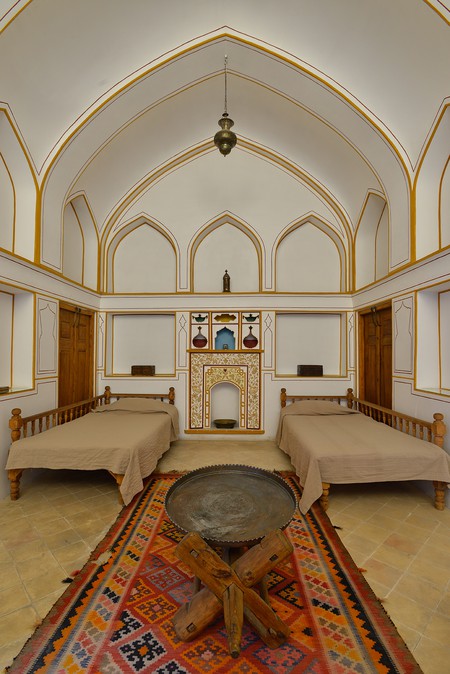 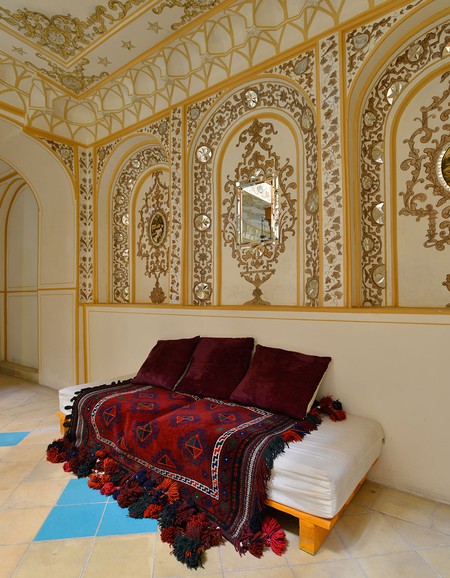 ‘From the courtyard, one can pass by a bench made from an old wooden door to get into the kitchen. The room is not only stretching some meters to its furthest end, but also upwards. Here, centuries of smoke has gathered and blackened the ceiling, a sign of the history of the house. 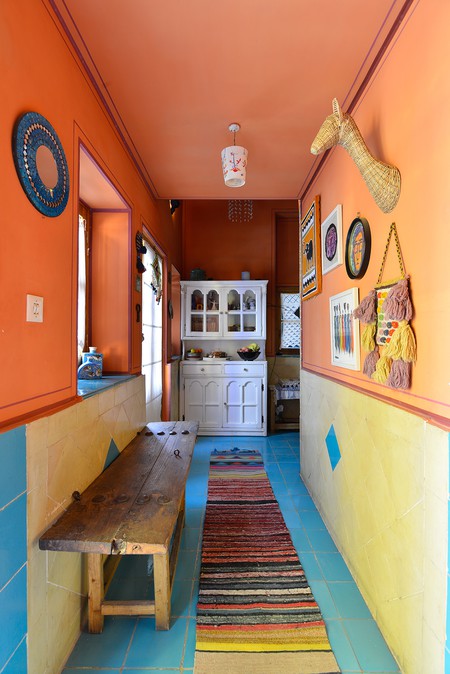 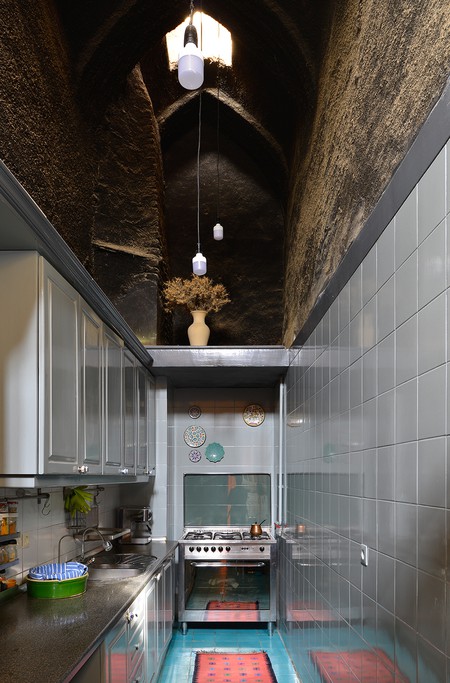 ‘Another unique piece of the Dibai House is its fountain house, the Howzkhane. It impresses through an exuberant mix of drawings, mirror work, and wooden window frames, but also a balcony and wooden columns that are more than 300 years old. Light reaches the room through a skylight; during hot summer days when temperatures can climb up to 40°C, the howzkhane (pool house) guarantees a fresh breeze. 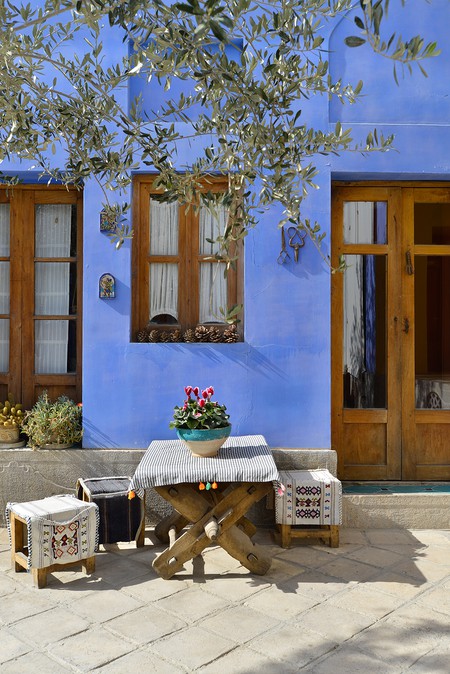 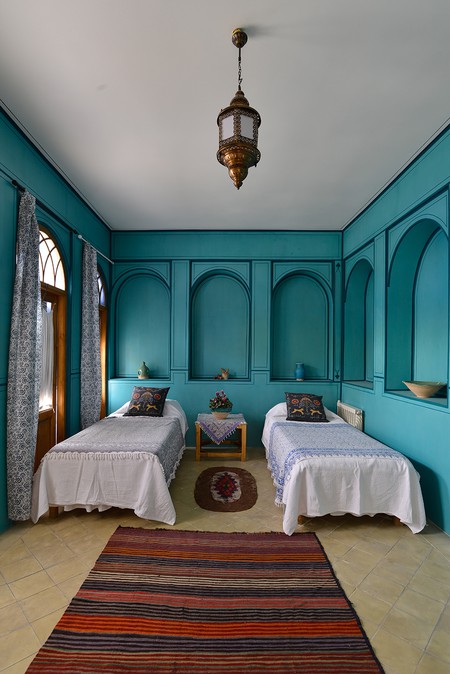 ‘Originally, the house was doomed to be destroyed to create a parking lot for the nearby mosque. But its owner, Sufi Shahidzadeh Falsafi, renovated it between 2006 and 2009 to transform it into a guesthouse. 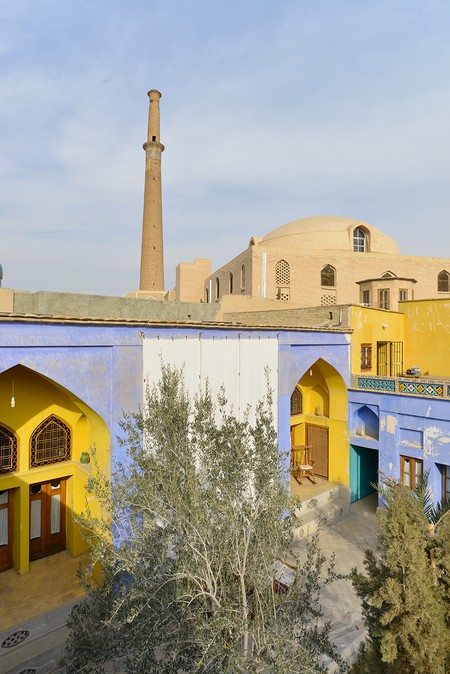 ‘Having lived in Spain for many years, she brought the multicolour approach with her when she moved back to Iran. With the traditional earthy beige as a background, the rooms now shine in a strong blue, orange, turquoise, and yellow – an example of how different traditions can merge into something new and beautiful.’ 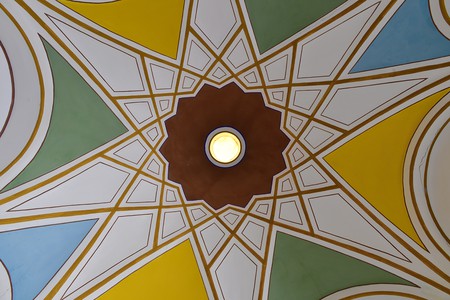 To see more of the stunning Iranian interiors captured in Späth’s book, buy your copy here. 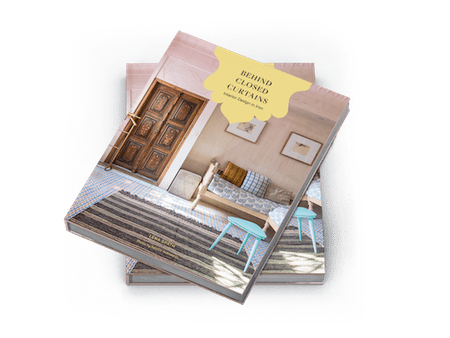 Courtesy of Lena Späth
Give us feedback