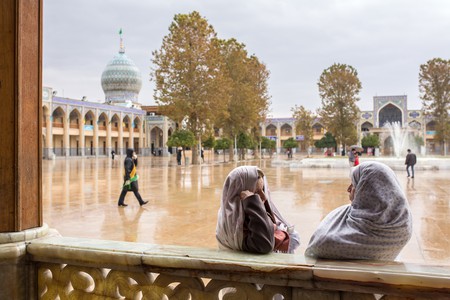 Some people may often mistake Iranian women as being subversive and holding few rights. In this regard, however, Iran is quite different from many other countries in the Middle East region. The women drive, vote, outnumber men in universities, and hold high-level positions, to name a few. These days, Iranian women are breaking all the stereotypes, and though these awesome women are too many to list, here we profile just a few of our favorites.

Business tycoon Fatemeh Daneshvar got her start in the mining industry, where she began exporting mining materials abroad. Her success in this area led to seven major businesses in her name. In addition to serving on Tehran’s city council and the Iranian Chamber of Commerce, she also writes reports on social problems afflicting Iran and has her own charity, Mehrafarin, which supports women and children abandoned by their fathers. Although she’s faced many challenges, this superwoman has achieved this height of success all while bringing up four children with her husband. 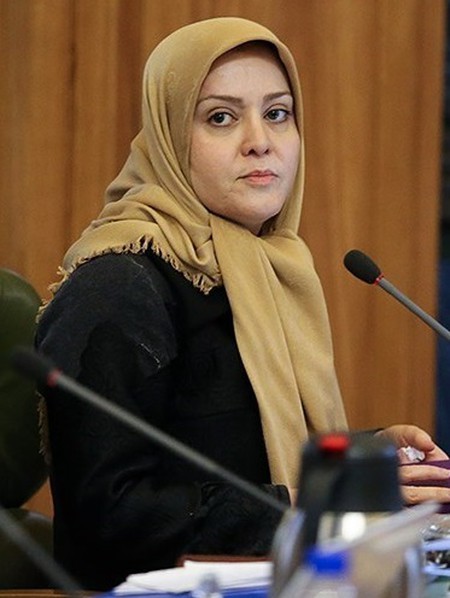 Most people don’t associate snow with Iran, much less a female snowboarder. But when Mona Seraji’s skis fell off the roof of her car and broke, this serendipitous event caused her to buy a snowboard the following year, and it changed her life. Later qualifying as an international snowboard instructor and coach, Mona has since participated in national and international competitions, become the first professional Middle Eastern snowboarder, participated twice in the Freeride World Qualifiers, and established We Ride in Iran, alongside Swiss friends.

Being a firefighter is usually thought of as a man’s job almost anywhere in the world, so you can imagine the challenges Sheyma Rashidi faces as the only female firefighter in the city of Ahvaz. Sheyma has not only proven that women are just as capable in such challenging, life-risking jobs, but in some ways, she may even be more qualified since firefighters must also be trained to help people facing personal troubles. Although she may be the only female firefighter in Ahvaz, she’s certainly not the only one in Iran, and she spends time educating young girls about the profession. 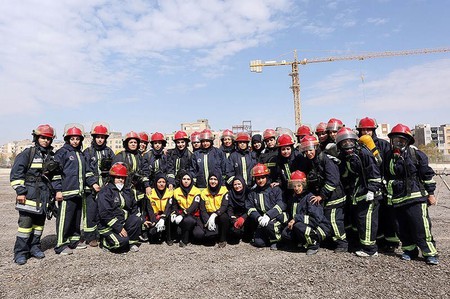 Sheyma is not the only female firefighter. This group is from Mashhad | © Nima Najafzadeh / Wikimedia Commons

Nayyereh Piroozbakht got her foot in the door in 1986 when she answered a newspaper ad, and she has since gone on to become president of Iran’s National Standards Organization. She held various managerial positions in departments such as the office of women’s affairs, inspection of goods, and imports and exports before being offered her current position in 2013. At that time, Nayyereh was the fifth women in the world to have been offered this type of job and often found herself the sole woman in national and international meetings. This successful executive has proven her dedication to protecting Iranian consumers.

As a child, Asal Malekzadeh fell in love with the daf, a large frame drum. With over 17 years of playing experience, Asal spent months researching the history of this traditional Persian instrument, has written a book and is part of the only all-female percussion group in Iran. A participant in both national and international festivals, she’s placed first in eight festivals. Dubbed the “Queen of Daf,” today, she’s a professor at Tehran’s Alzahra University and holds regular concerts and workshops both in Iran and abroad.

Fashion designer Shiva Sheibani got her start designing clothes and accessories at the tender age of 14. Not afraid of a little color, Shiva uses vibrant, bold hues to create a positive, cheerful mood. After sending a few pieces to Milan in 2013, her designs qualified for Street Style Milan Fashion Week, and Glamour magazine later published them. She attributes this success to her close attention to detail and quality as well as the eye-catching, unique Persian motifs and traditional fabrics she incorporates into her designs.

Noora Naraghi started biking at the age of four, but the first time she sat on a motorcycle, everything changed. She placed first in the first motocross championship in Iran in 2009, which she helped to create, and this led to her connecting with other female champions in this sport. In 2010, she traveled to Tallahassee, Florida, to learn motocross from former women’s world champion Stefy Bau and competed in events sponsored by the American Motorcyclist Association. Noora has been a major influence in the progress of motocross in Iran. 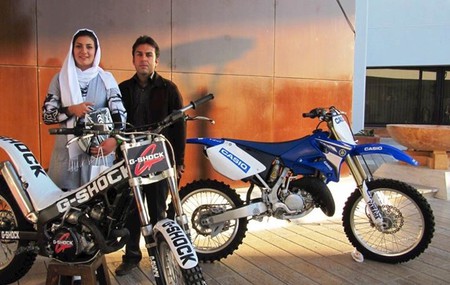 In the airline industry, women are usually associated with the role of flight attendants, but Azadeh Fallahnejad is one of only a handful of female pilots worldwide. Being among this small group of women, Azadeh has seen her fair share of challenges, but since she began, she has luckily received positive feedback from coworkers, who describe her as talented, well-trained, and a fast learner. Azadeh, influenced by other female Iranian pilots before her, is a pilot for Qeshm Air.