Marjane Satrapi In Black And White 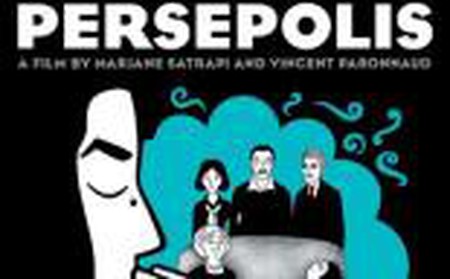 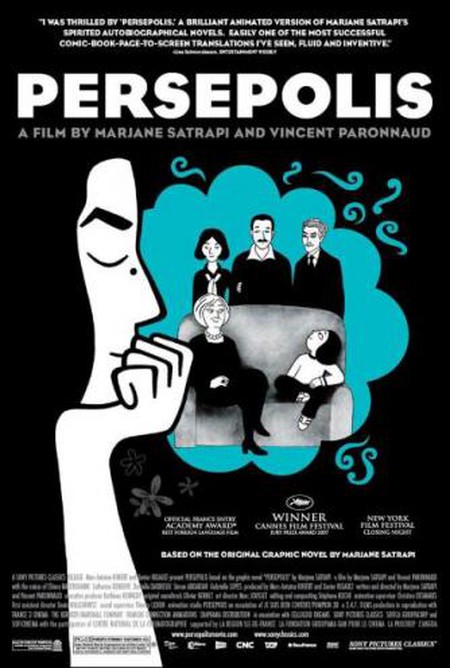 In clear, direct, black and white, Persepolis is an autobiographical graphic novel which tells the story of Marjane Satrapi’s childhood in Iran and schooling in Vienna. The Bildungsroman structure is accompanied by, and interrupted by, the events of the Iranian revolution.

As Marjane attempts to confront the difficulties of becoming a teenager, she is allured by and forced to deal with the consequences of war between factions in Iran. The reader witnesses, through Marjane, the reintroduction and enforcement of wearing the veil, the segregation of schools, the massacre of Black Friday (1978) and the murder of communist-revolutionaries (including her uncle, Anoosh). In 2007 it was adapted into an animated film with comics artist Vincent Paronnaud.

Although the film was successful both commercially and critically, it has not been lauded by all. In October last year, Persepolis was shown on television in Tunisia, dubbed in a Tunisian dialect, causing demonstrations against its depiction of Allah since many Muslims believe figures of Allah and Mohammad are beyond representation. It is also unknown how the Iranian government would react to Satrapi, who currently lives in Paris, if she were to return to her native country.

As well as Persepolis, Marjane Satrapi wrote and drew Chicken with Plums, which also became a film. In direct contradistinction to Persepolis, Chicken with Plums follows a grown man from the day he decides to die over the eight days until he finally does. The ostensible cause is the loss of a beloved violin, for which Nasser Ali Khan, a relative of Satrapi’s, cannot find a replacement. The novel and film are set in Tehran in November 1958.

Both graphic novels and the film version of Persepolis have received awards for their dedication to exploratory documentary, dedication to the critical review of literary and filmic genres and their critical standpoint on Iranian and international politics.

Watch the trailer for Chicken With Plums: