Iranian fashion designers are making a worldwide impact this year, despite increased creative restrictions on their home turf. Whilst Iranian authorities cracked down on Iran’s emerging fashion industry by closing ‘Khaneh Mode’ design institute in July 2014, the country’s next generation of fashion designers have received attention on an international level, including Tehran-born Mahshid Mahdian, winner of this year’s iD Dunedin International Emerging Designer Award. We discover more about this up-and-coming star of design.

The iD Dunedin International Emerging Designer Award is seen as a stepping stone to a successful career in fashion design and is presented each year as part of Fashion Week in Dunedin. iD Dunedin Fashion Week celebrates not only the work of established New Zealand brands, but also emerging designers from all over the globe. The $10000 top prize was created in 2004 to ‘provide a platform which recognizes and rewards the next generation of future designers’, and is awarded annually to students from some of the world’s most prestigious design schools. This year’s event hosted 26 international collections by emerging designers from New Zealand, Australia, Europe, China and India. Mahdian herself studied at the Brera Academy in Milan, where she was shortlisted for one of Italy’s own top prizes for design talent, the Mittelmoda Fashion Award. 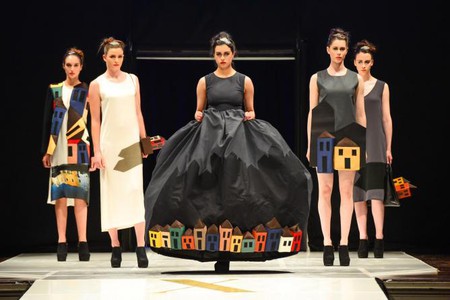 The collection that impressed the judges at both Mittelmoda and Dunedin was entitled ‘Shadow’ and was inspired by the island of Burano in Venice, an area famous for its brightly colored houses. ‘Shadow’ consists of five geometric outfits that depict the reflections created in the water surrounding the island. It’s a restrained, complex interpretation of an area normally documented by vibrant photographs and paintings of its candy-colored waterfront. This attention to subtle detail impressed the judging panel, who also remarked on Mahdian’s innovative pattern-cutting and striking silhouettes. iD judge Francis Hooper, commented in a release that “Mahshid captured a moment in a heartbeat. When you look at her collection, you know she had it just right.” It’s an ambitious designer who seeks to capture the feeling of a place rather than just its aesthetic and it’s a successful designer who actually manages to achieve that.

The discovery of new talents like Mahdian is one of the highlights of any fashion week and is part of what makes the iD Dunedin International Designer Award one of the most exciting events on the international calendar. Cities like Milan and London have also become centres for international designers to establish themselves as a result of the British Fashion Awards and the aforementioned Mittelmoda prize. Meanwhile, many Middle Eastern brands, such as ‘The Emperor 1688’, which was founded by three Iranian brothers, have chosen to establish themselves in Dubai, which is fast becoming a fashion haven to rival the ‘Big Four’: Paris, New York, London and Rome. 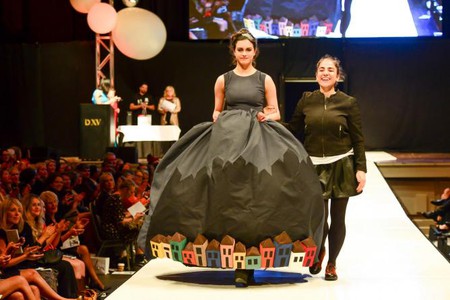 While this has helped to make the fashion capitals more innovative than ever, it begs the question of whether designers like Mahdian will ever have the opportunity to flourish in their home countries. After all, when the closure of ‘Khaneh Mode’ made headlines in July this year, it was many people’s first exposure to Iranian fashion. Western media was peppered with anecdotes of how the fashion house was shut down after claims that men had been invited to fashion shows where models were not covered from head to toe: an act deemed unacceptable by Iran’s Ministry of Culture and Islamic guidance. Given the current control of the country’s Fashion and Clothes Management Workgroup, dubbed the ‘Fashion Police’ in the wake of the Khaneh Mode controversy, it’s doubtful that Mahdian would be able to exhibit her collections in Iran, let alone sell her work. Without a fashion institute, it doesn’t look likely that her peers will achieve the same level of international success. 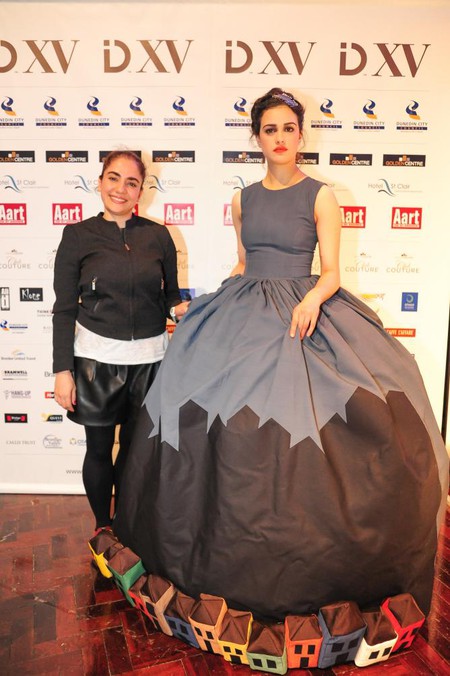 Whilst the closure of Khanah Mode has undoubtedly struck a blow to Iran’s emerging fashion industry, the former director of the institute, Javid Shirazi, has remained optimistic, declaring that ‘since last year there’s been a transformation in the framework of the permits we can get and what we can do. With the great potential this country has and the great desire young Iranians have, there is a bright future for the fashion industry in Iran, and this [the shutting down of Khaneh Mode] is just necessary experience we need to gain to go ahead’.

In the meantime, Mahdian’s success story serves as a reminder that established fashion institutions are not merely for reinforcing the expected style status quo, but to provide a platform for emerging talent worldwide. It will be exciting to watch how Mahdian’s career will develop as a result of this crucial recognition.