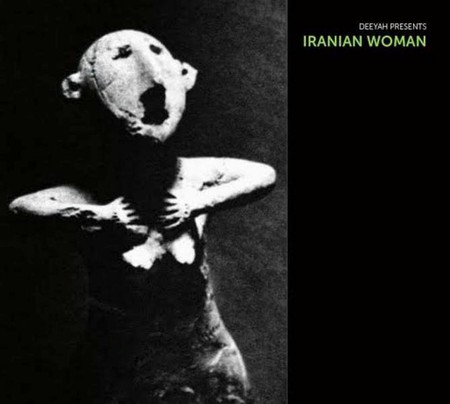 In Iran, women’s voices are banned in public. The same laws that allow men to sing prohibit women from being heard singing, unless they are in the exclusive company of other women. But there is someone whose voice could change this.

Artist and activist Deeyah is of Pakistani descent, though she grew up in Norway. As a young woman, she pursued her passion for singing and performed on numerous stages. It was then that political orthodoxy attempted to silence her, prevent her voice from being heard in the public. But instead of obeying, she spoke up – loud and clear – and made it her mission to fight for other women’s right to sing.

Deeyah is now the soul and action behind Fuuse Mousiqi, an award-winning film and music production company. The foundation of Fuuse’s philosophy lies in its commitment to supporting women’s rights by embracing artistic expression, dialogue and heritage. Its most recent release, Iranian Woman, features songs hand-picked by Deeyah, and is the second album in Fuuse’s WOMAN series. The album’s October release was accompanied by a sell-out concert in Oslo, an event hosted by Bianca Jagger.

Each position on the unique album celebrates traditional music forms as expressed through women’s voices and women’s artistry. It presents contemporary women who are the artistic bearers of their indigenous and ancestral forms of music and heritage. It is a celebration of the female voice, the voice of mother, sister, daughter, the voice of history, of nature, creativity, life, compassion and the future.

As Deeyah herself promises, ‘the WOMAN series is my way of honoring and celebrating women. It is my personal exploration through the indigenous and traditional music of their lands. This anthology is a tribute to the women of Iran, especially to their courage, and to their exquisite and rich musical heritage’.

And the richness of their voices, their tonal intricacy and wistful, echoing fusion of voice and melody transport the listener into a realm where the song, and not politics, reigns supreme. Gentle waves of melancholy are followed by inspired hymns and ecstatic anthems. The featured artists sing themselves out of their political cage and, by virtue of their music, produce a powerful manifesto. Iranian Woman delves deep into the listener’s psyche and reveals some of Iran’s greatest hidden treasures.

The whole album is a testament to the perseverance of Iran’s female voices. Though music in Iran has suffered persecution through parts of its existence, it has an even stronger history of surviving. Because the artists serve, shelter, preserve and transmit this exquisite music throughout time, it continues to live and expand. Master artists, such as the women presented on Iranian Woman, have devotedly maintained and illuminated the tradition as they perform all over the world.