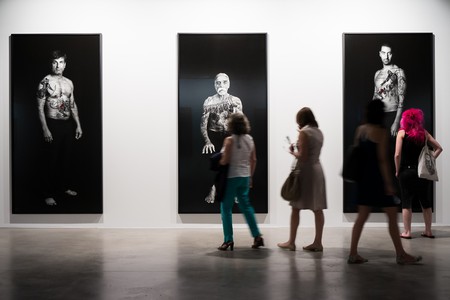 Artist Shirin Neshat began to explore the question of identity after moving from her native Iran to New York, where she has lived in what she defines as ‘self-imposed exile’ for most of her adult life. Best known for her work in photography, film and video, Neshat creates stark visual contrasts that offer glimpses into the social, cultural and religious codes of Muslim societies. 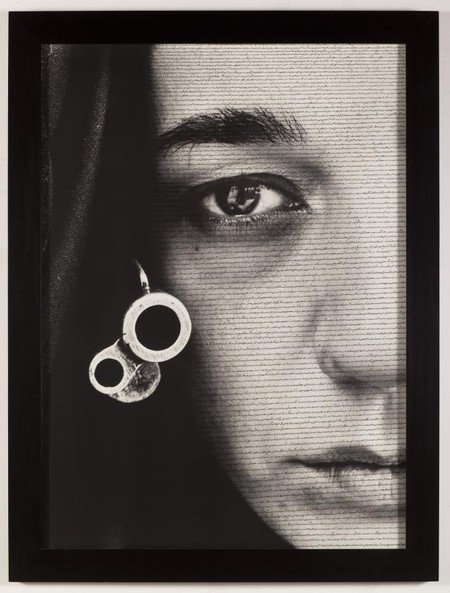 ‘In this Western world that we have, culture risks being [only] a form of entertainment.’

The experience of being caught between two cultures is very much at the forefront of Shirin Neshat’s work. Neshat left Iran to study art in Los Angeles around the time of the Iranian Revolution, having been brought up to accept Western values by her father. In 1990 she returned to her home country greeted by enormous changes, both in people’s mental attitudes and physical appearances, which she described as both ‘frightening and exciting’. Not only did she experience being trapped between two different cultures, (American and Iranian) but she also found she was wrestling with the sense of nostalgia for the pre-revolutionary Iran of her childhood. Her creative work is dominated by political, social and religious motifs which continue to shape her identity.

Neshat’s photographs often explore stark contrasts and polar opposites: black and white, male and female, life and death. On each photograph she inscribes calligraphic poetry by contemporary Iranian women, superimposed on the (often female) bodies of her subjects. These verses cover topics such as the role of women in the Revolution, exile and martyrdom, topics particularly close to Neshat’s heart having seen and experienced first-hand the struggles faced by Iranian women in contemporary Islamic societies. 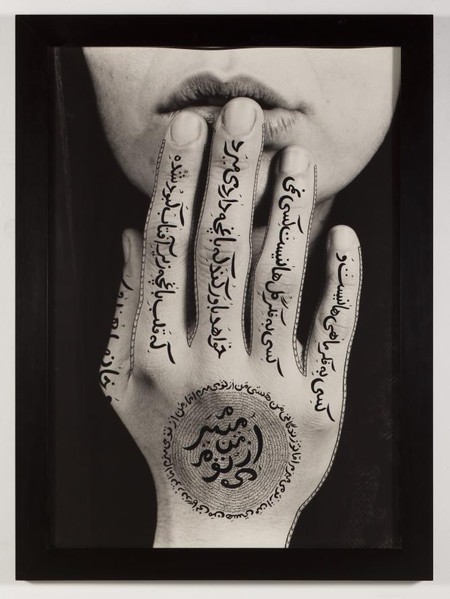 What is perhaps most captivating about Neshat’s work is that many of her images are endowed with a sense of empowerment. Hands holding hands, forming a sense of solidarity, women in the possession of weapons, subverting traditional notions of gender roles and power. Yet take a closer look and below the surface there is always an underlying submissive gaze from the women, culminating in a immense sense of sadness or acceptance of their position. Although politically charged, Neshat’s work is by no means considered dogmatic; in fact her artworks recognise the complex intellectual and religious forces shaping the identity of Muslim women throughout the world. There is a poetic richness to her photographs, which sensitively draw out an empathic understanding from the viewer, allowing you a glimpse into the lives of the women and the struggles they face.

The series Women of Allah (1993–97) explores notions of femininity in relation to Islamic fundamentalism and militancy in Neshat’s home country. Upturned palms, hands covering mouths and photographs of the soles of the feet all evoke a sense of human warmth and physical contact, but also accentuate the uncomfortable and unnatural balance of flesh beside weaponry. The arching lines of the body are made to look all the more fragile beside the cold, hard metallic surface. Often, the women appear in veils and sometimes take the form of pastiche newspaper clippings, which make a comment on both women’s roles in the Iranian revolution and the extensive violence which took place during the years following 1979.

As well as the striking images created with the intention to stir aesthetic and emotional shock, Neshat’s highly evocative, narrative films are designed to have the capacity to perpetuate change and the potential to impact viewers from both the Western and Islamic world. Forming one coherent whole, Rapture (1999) consists of a narrative split in half: one part follows a male protagonist, originally projected on the left hand side of the wall of the gallery, and the other follows a group of women, leaving the viewer in a state of limbo, constantly shifting their attention to both walls, unable to grasp either narrative fully. This binary technique is typical of Neshat’s work emulating a sense of confusion and misunderstanding accentuating the divide not only between men and women but also between the Western and Islamic world. 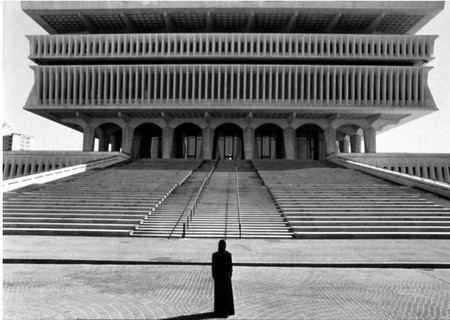 Neshat’s challenging photographs, videos and multimedia installations have been well received with many galleries and curators of major international art exhibitions, including the Venice Biennale, where she won the top prize in 1999. 2014 saw three solo exhibitions of Neshat’s work, beginning in January of that year with Shirin Neshat: Our House is on Fire, at the Rauschenberg Foundation Project Space, New York. This was followed by a solo show at Mücsarnok Kunsthalle, Budapest 27th March – 17th May, and finally, Shirin Neshat, at the National Museum of Modern and Contemporary Art, Seoul, South Korea. This last exhibition was particularly significant to the artist, as it is a mid-career retrospect presenting the last 20 years, and includes a series of early photographs and three famous black and white films; Rapture (1998), Turbulent (1999) and Fervor (2000).

Neshat’s work is not lacking in passion. The artist’s experience of exile is deeply woven into the fabric of her art practice, raising questions about displacement, power, and paradox. ‘My work is always navigating between issues that I face as one woman, one Iranian, one artist –and issues that are far larger than me.’ Intent on sharing her history and personal experience of displacement and identity, she strives to foster justice, and humanity to bring about an awareness of one’s own identity in the face of change.