How to Spend 24 Hours in Tehran, Iran 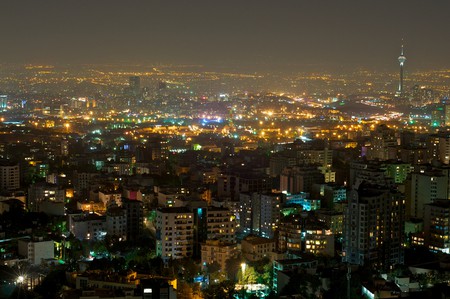 With so many historical, architectural, and cultural attractions in Iran, Tehran has a hard time competing with cities like Esfahan and Shiraz. But the capital city can keep visitors busy for days, and deserves your time. Here’s how to make the most out of 24 hours in Tehran.

With so little time in Tehran, jump right into the heart of all the action. Start your morning at Golestan Palace, the former royal residence of the Qajar Dynasty. You’ll be enchanted by the magnificent pools, marble throne, and mosaic facades, not to mention the bright grand halls and cozy little nooks. From here, head across the street to Tehran’s Grand Bazaar and walk the labyrinth of narrow alleys brimming with life. Don’t miss the opportunity to enjoy some Persian tea in Tehran’s smallest, century-old tea house next to the bazaar’s mosque and Haj Abdollah School.

To catch a glimpse of daily life and be among the people, take the metro from the bazaar’s Panzdah-e Khordad Station to Meydan-Azadi Station, landing you in front of Azadi Tower. Built in the 1970s to commemorate the 2,500th anniversary of the Persian Empire, this tower has since become the symbol of the city. It’s the best spot to officially Instagram your arrival in Tehran.

From Tehran’s old tower, head to the Milad Tower, the tallest structure in the city. Standing atop the observation deck, you’ll get oriented with the city. You’ll be able to see the rugged, snow-capped mountains to the north all the way to the rolling hills in the south.

By mid-afternoon you’ll surely be famished, so take a taxi to Tabiat Bridge, where you have a few dining options. We recommend Khoone Restaurant for some of the most authentic “home-cooked” Persian cuisine you’ll find in a restaurant.

Afterwards, walk across Tabiat (Nature) Bridge. Designed by young architect Leila Araghian, this multi-award winning pedestrian overpass has quickly rivaled Azadi Tower and Milad Tower to become a symbol of the city. By the end of the afternoon, you’ll have seen all three. 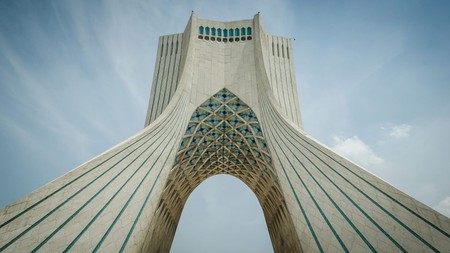 Valiasr is Tehran’s longest street running north-south. The wide sidewalks allow for a nice stroll and pass several of Tehran’s attractions, including Mellat Park, the city’s version of New York’s Central Park. It’s worth walking at least a portion of this tree-lined street (or take the bus to enjoy the sites with no exertion). We recommend starting at Parkway and walking north to Tajrish Square. On the way, you’ll pass Ferdows Garden and the exquisite Cinema Museum, a Qajar-era mansion, where you can stop for an evening snack and check out Tehran’s trendy crowd.

After a long day in the bustling streets, end your stay in Tehran in some nature. From the northern end of Tajrish Square, take a shared taxi to Darband, a quiet village in the foothills of the mountains. Sample some street snacks as you take a gentle hike and wind your way up the footpath. Find a cozy cliffside restaurant or cafe, where you can try traditional Iranian kabob and peacefully end your day with some cool, fresh air and the sound of the flowing water. 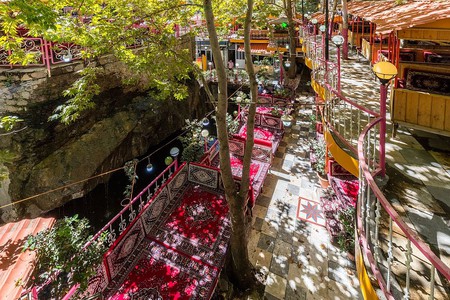