How Iran Is Celebrating Eid-al-Adha 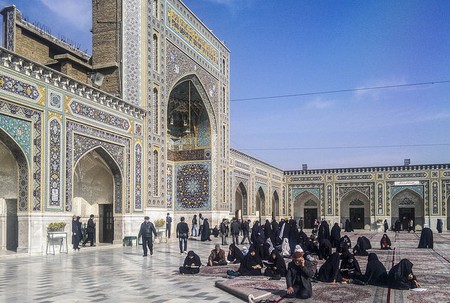 Eid al-Adha is one of the most significant dates in the Islamic calendar and is celebrated by over 1.6 billion Muslims. Culture Trip explores how Iran will celebrate this sacred tradition later this month, from the food eaten to family visits.

What is Eid al-Adha?

Eid al-Adha is celebrated by millions of Muslims across Iran and is the second Eid festival of the year in the Islamic calendar. The date is also known as the ‘Feast of the Sacrifice’, with the word ‘adha’ in Arabic meaning ‘sacrifice’. Eid al-Adha commemorates what Muslims believe was Prophet Abraham’s willingness to sacrifice his son, Isma’il, according to Allah’s wish. The devil tried to tempt Prophet Ibrahim by saying he should disobey Allah and let his son go. As Ibrahim was about to kill his son, Allah gave Prophet Abraham a sheep to slaughter instead. In the Christian Old Testament (Genesis 22) and Jewish Torah versions of the story, Prophet Abraham was asked to kill another one of this sons, Isaac.

When is Eid al-Adha?

Eid al-Adha is determined by a lunar calendar, like other Islamic celebrations. It always starts on the 10th day of Dhu al-Hijjah, the Month of the Pilgrimage. The date is set when the closest new moon is seen, so Iran will be celebrating Eid al-Adha on August 22 this year. Eid al-Adha is a four- or five-day public holiday in most Islamic countries.

How will Iran celebrate Eid al-Adha?

Iranian Muslims dress smartly and attend Eid prayers, Namaz Eid, at local mosques and on open grounds. Religious readings will be read all over the country. In previous years, Tehran has carried out congregational feast prayers at Tehran University which have been led by Ayatollah Mohammad-Ali Movahedi Kermani. Other mass prayers also take place in the capital.

In remembrance of this event, cattle, camels, sheep and other livestock are killed and the meat is given out to the poor, family and friends as gifts. The portions are split equally between the different sets of people. This is carried out as an act of sacrifice to show gratitude of the blessings given by Allah. Anyone who watches the animal slaughterings is asked to make donations to charities to help those in need to buy new clothes and food. 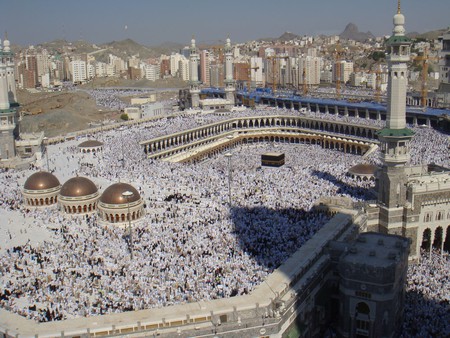 Eid al-Adha marks the climax of the Hajj pilgrimage with Muslim pilgrims carrying out the final rites of the pilgrimage in Saudi Arabia. Going on Hajj is the final of the five pillars of Islam, and is what a Muslim has to do at least once in their life. Around two million Muslims go on Hajj and embark on the sacred trip to Mecca every year.

Around Iran, you will find families and friends paying visits to each other. Some will ask each other to make them ‘halal’, an act of asking for forgiveness if they did something wrong to one another. Eid al-Adha is a time for doing good deeds and devotion, even if you’re not going on Hajj. 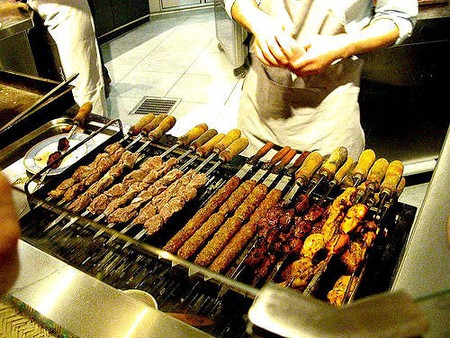 Eid al-Adha is known as the ‘salty Eid’ for food, as a larger variety of its dishes are savoury and formed of beef or mutton, depending on what animal has been slaughtered. The meat is used to make various kebabs and haleem, a stew made of wheat or barley and meat. Alongside the meat dishes, Iranians eat baghali, rice with fava, broad beans and dill.

Alternatively, as this period of time is a national holiday in Iran, many Iranians flock to common holiday spots in the country, such as the Caspian Sea and enjoy an extended period of relaxation.