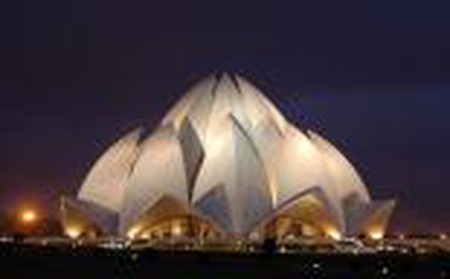 The world’s youngest religion, Bahá’í preaches belief in world unity and the formation of one true religion, but it has been met with repression in Iran – the country of its origin – since it was founded. 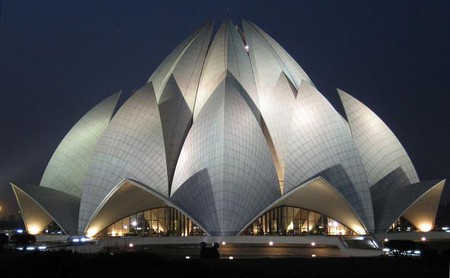 The youngest of all major world religions, the Bahá’í faith promotes monotheism in the true sense of the word – believing that all religions are in essence manifestations of the same God. The faith promotes a utopian vision of a unified globe in which all humanity is one family, living in peace.
The tragic irony is that Bahá’ísm, despite its message of peace, has been oppressed and its followers persecuted since its conception in the 19th century. Historically, Iranian authorities attempted to quell the rise of the religion from its outset, claiming it to be heretical to Islam. This persecution is still a reality in modern day Iran – to the extent that many have compared the situation to the anti-Semitism of Nazi Germany. The faith underwent several significant attacks against it throughout the first half of the twentieth century (such as a 1933 ban on literature and its Centre in Tehran being demolished in 1955) but in 1979 the Iranian Government went so far as to make persecution of Bahá’í followers, Iran’s largest minority, an official policy.
The state policy to socially persecute Bahá’í believers is evident in the denial of higher education to these believes, and the refusal to officially acknowledge marriages in the Bahá’í faith. However the real battle is being fought on economic terms, with severe sanctions denying licenses, and governing bodies engineering the isolation of Bahá’í businesses, thus ensuring their financial ruin. This institutional persecution is further inflamed by Iranian media, with recent defamatory articles in state-owned newspaper – The Kayhan. Officials of the Bahá’í faith draw a parallel between their current situation and the persecution that all major world religions have been subjected to in their infancy. They claim that their suffering is simply a step towards the eventual unification of all countries under ‘The Parliament of Man’. Whilst the religion suffers from political repression in Iran, it thrives elsewhere, as the building of the Bahá’í Houses of Worship reveal. These various houses of worship are dotted throughout the globe; the most famous if the Lotus Temple in Delhi (pictured), which has beomce a tourist attraction in its own right and is open to worshippers of all religions.
In justifying its actions in cracking down on the Bahá’í, Iran’s government often seeks to denigrate the faith and therefore claims that the religion was planted by Western colonial powers as a tool for the subversion of Islam. This is despite the fact that Bahá’í doctrine inherently eschews converting members of other religions. Indeed the primary principle of the religion is the inclusiveness of all faiths; God is one and his messengers include Jesus, Buddha and Muhammad. Whereas colonial missionaries could certainly be held accountable for the spread of Christianity at the expense of other religions, becoming a part of Bahá’í involves asking an existing member if you may join, a impediment which brings to mind the closed circle of freemasonry rather than the proselytizing of Christianity.
The universal utopia of the Bahá’í ethos may elicit some skepticism, but the religions’ fundamental principles of extreme tolerance and unity, whilst respecting the teachings of other religions, reveal it be a uniquely peaceful and inclusive religion. The Iranian government’s commitment to oppressing the Bahá’í is bound up with their conception of an Islamic state and therefore shows no sign of abating in the near future, despite international pressure, meaning that Iranian Bahá’í will have to observe their peaceful, utopian vision in secret.