Babak Roshaninejad: Painter of the Mundane

Babak Roshaninejad is best known for his depictions of seemingly odd subjects: barcodes, tanks, portraits, and in his latest series, even a KitKat bar. His subjects are painted with limited colours of oil paint so thick and heavy, you might wonder about the time and patience invested into completing each work. What is unique in his approach as a painter is his constant and persistent technique and philosophy of depiction, so much so that his canvases are immediately recognisable as Babak Roshaninejad pieces among the many and no matter how far you stand away from them. 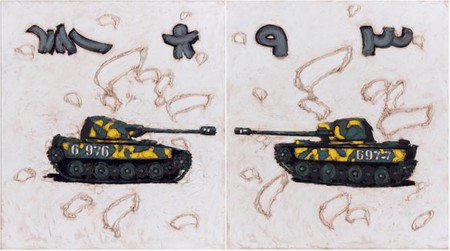 Roshaninejad was born in 1977 in Hamedan, an old mountainous city about 360 kilometres away from the capital Tehran. His paintings have been subject of several exhibitions worldwide and bought as part of permanent museum collections such as Tehran’s Museum of Contemporary Art. 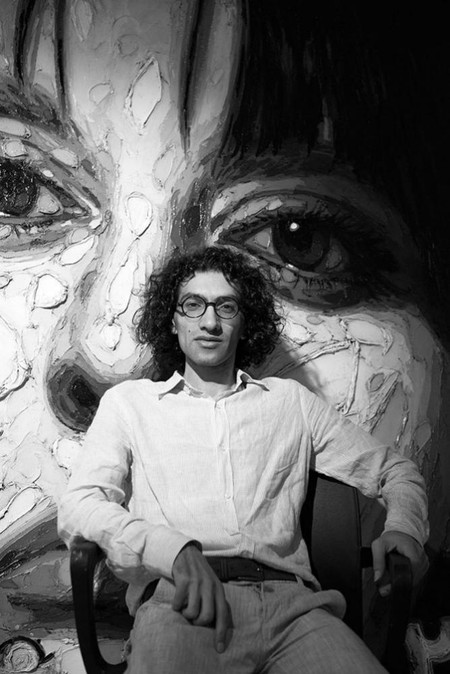 As a self-taught artist, and one of the most unique Iranian painters of his generation, Babak Roshaninejad’s stance on how art should be defined is a clear one: Art has no precise definition. ‘We can only talk about the way a painting is done, as there are no statements, at least none that I know of, that could define art in a comprehensive manner. What was defined as art fifty years ago is very much different from what we call art today…’

Unlike most Iranian painters of his generation, Roshaninejad’s canvases convey no message, they don’t impose a question, they have no political meaning, and instead, they stand before you to deliver a visual quality in the most random daily objects seen and ignored by most of us. Perhaps this comes from him believing fundamentally that art in its pure form should no longer seek to convey a message or to be anything. 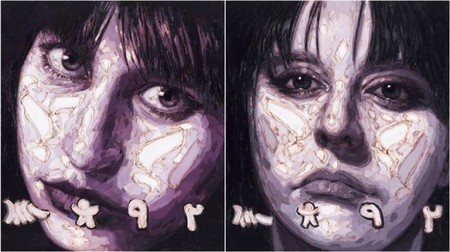 In his latest exhibition at Tehran’s Assar Art Gallery, he once again playfully mimics a social trend by turning his selected objects to two-dimensional compositions with an emphasis on form. Considering his technique only as a tool to achieve the visual quality he seeks, Roshaninejad has taken out the object in question out of its context and represented it by applying traditional technique of oil paintings. To him, the use of oil paint is no longer a mere technique but has a concept and meaning of its own. Painting with traditional tools despite all the media that is available should definitely be different from what was practiced over a century ago, he believes. The rhythm of Roshaninejad’s palette knife and the thickness and body of paint he applies, as well as the solidity of colour and the feeling it induces are all at work in his compositions to present art as language as well as aesthetically be visual metaphors. 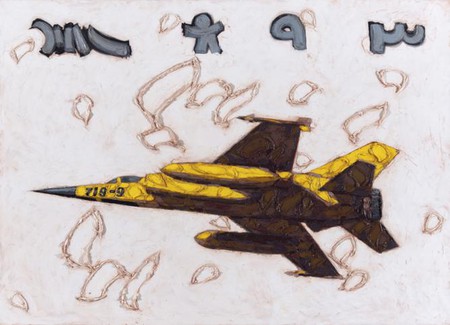 Throughout his artistic life, one of Roshaninejad’s main themes has been showing how pointless the painting of such subjects may be as they can easily be photographed or portrayed through other means that do the job much faster. The reason why he stutters so much to say something – by adopting the old-fashioned oil painting and glazing techniques – is that he believes stuttering to be part of the work.

Apart from painting, Roshaninejad has also published several books of fiction and aphorism. For his artistic expressions, he actively uses the language of literature as well as visual language as his communicational tools. Although he tells stories in his books, in his paintings he seldom engages in story telling or narration. 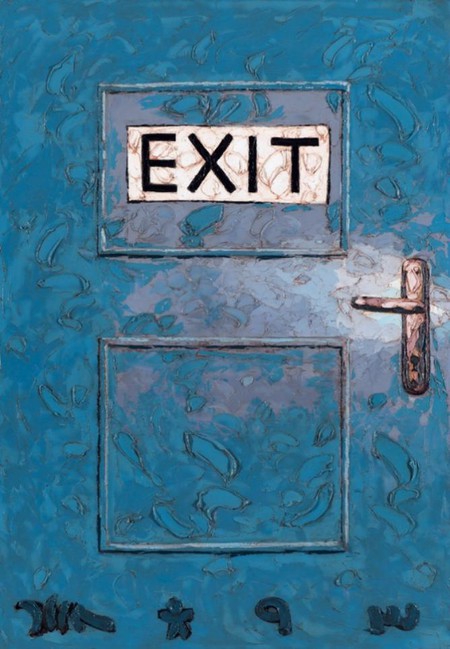 ‘I do not want to be a writer in my paintings or a painter in my writings. In fiction, I try not to enter the world of painting and the references I make to works of art are to music and other things.’

Babak Roshaninejad’s Left Face is on display until 19th of June 2015 in Tehran’s Assar Art Gallery. Maryam Majd’s interview with Babak Roshaninejad will be published and out soon by Assar Books Publications.