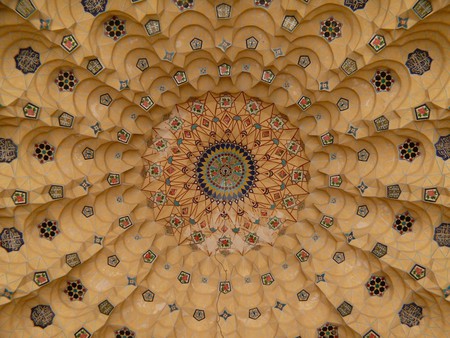 The visual arts are central to both contemporary and historical understandings of Iranian culture. The Saqqakhanah art movement, which originates from the 1960s, represents a very important era for modern art in Iran. Here is an introduction to the movement.

The term Saqqakhanah was first used to refer to a contemporary art movement in Iran which arose in 1962, and is largely acknowledged as the first culturally specific modernist art movement. 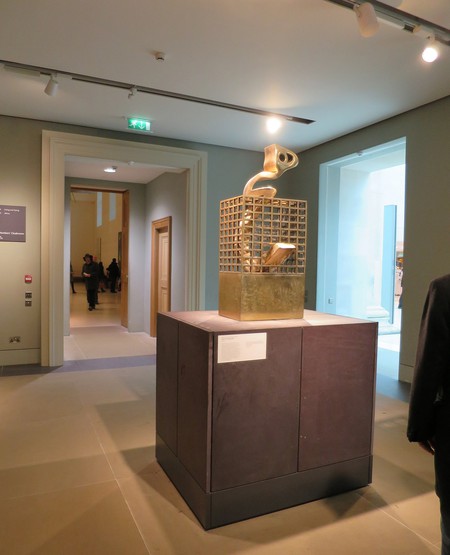 Works and artists belonging to the Saqqakhanah movement centre themselves around influences from traditional Iranian folk culture. This folk culture has its roots both in Shi’i folk traditions as well as from a pre-Islamic Persian standpoint.

In some ways, artists from this movement are seen to be the contemporaries of Iranian craftsmen such as miniaturists, illuminators, calligraphers and goldsmiths. Saqqakhanah artists took these much revered and respected forms of traditional arts and crafts, and employed them within a modern framework and artistic style.

The first period of the movement was primarily devoted to the use of motifs from Shi’ite folk art. Two leading artists from this period include Hossein Zenderoudi and Faramarz Pilaram, who used text and calligraphy as their starting point. Later as the movement developed, the term Saqqakhanah was broadened to include artists, painters and sculptors who incorporated traditional Iranian art forms of any kind as raw material for their work. 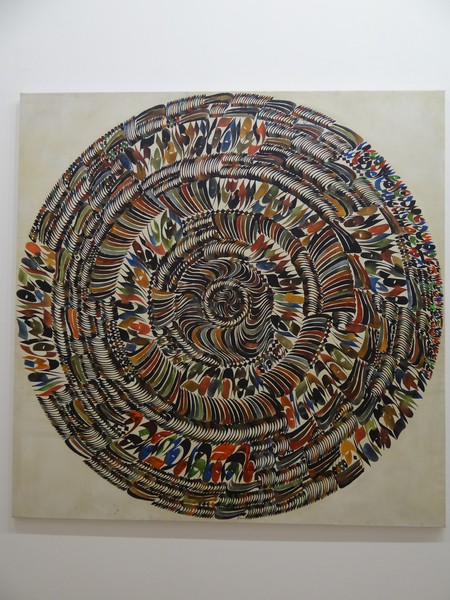 For this reason, the works which make up part of this movement are incredibly diverse in form and material, the common thread being the artists’ interest in tapping into the visual elements of Iranian popular culture. The aim was to re-interpret traditional art forms and incorporate traditional symbols and motifs such as talismans, amulets, props used in mourning processions, as well as artefacts such as the panjeh and elements of Persian calligraphy, painting and pottery.

Importantly, the Saqqakhanah movement in the sixties established a unique and strong voice for a ‘National’, ‘Iranian’ school of art which was based on a synthesis between the modern and the traditional, but was distinctly Iranian in identity. It is thanks to the Saqqakhanah movement that modernity in the context of Iranian art is not seen to be an act of mimicry or imitation of the Western modern art movement, but rather incapsulates a very intricate act of accommodation for traditional Iranian arts, and its negotiation into the modern.