All You Need to Know About Mashhad, the Holy City of Iran 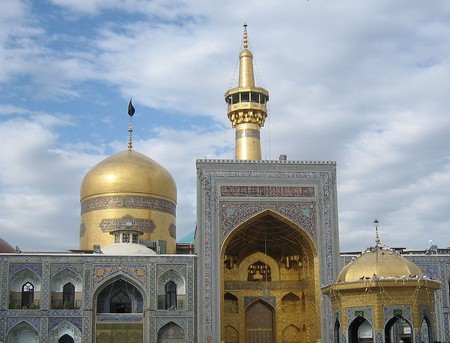 Once an important transit city along the Silk Road, Mashhad is Iran’s second largest city. Known first and foremost as the home of Iran’s largest religious shrine, it also has plenty of culture and food awaiting. Read on to discover all you need to know about Iran’s holy city.

Not just a religious city, Mashhad is called the holy city of Iran because it is home to the tomb and shrine of Islam’s eighth Shia Imam, Imam Reza. Every year millions of pilgrims from around the world flock to this shrine, giving it a palpably spiritual and multinational feel. Upon entering the gates, it’s common to pause briefly and bow your head in the direction of the main dome to greet Imam Reza. In fact, any time locals are walking or driving around the city and find themselves facing this direction, they do the same as a sign of respect and piety. Like pilgrims to Mecca who are known as hâji, those who have been to Mashhad are known as mashti, and Iranians traveling to this city commonly hear the phrase eltemâs duâ, or “keep me in your prayers.”

The shrine itself is massive — the largest in the world by some accounts — and absolutely gorgeous, with intricate tile and mirror work, Arabic calligraphy, and numerous courtyards. The zarih, or tomb encasement, is located inside, and visitors try to touch it and tie a green fabric on it as they pray. While photography is not allowed inside, taking photos with a camera phone is permissible in the outdoor courtyard areas. Non-Muslim visitors may be able to enter the courtyard areas, but as a general rule are not permitted inside the shrine. 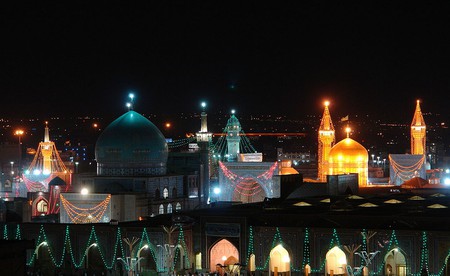 Saffron is known as the most expensive spice in the world. Its sweet smell lures visitors into local bazaars to purchase this red gold, which is sold by the mesghâl, a unit of weight equal to about 5 grams. As the hub of the industry, what better place to pick up a mesghâl or two than Mashhad? 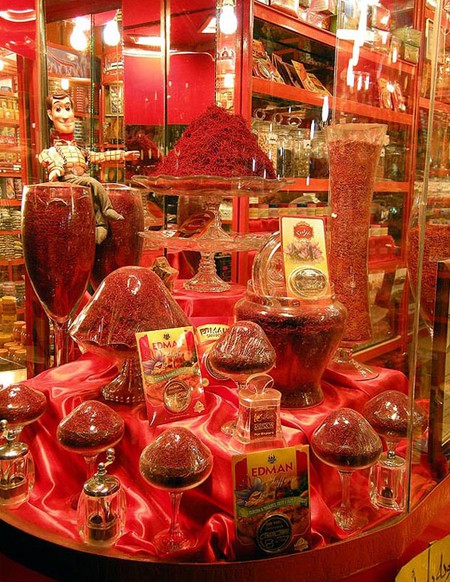 Mashhad likes to claim Persian poet Ferdowsi, who was actually from Tus, about 40 km away. Thanks to his epic poem Shahnameh, written without the use of any Arabic words, Ferdowsi is regarded as the savior of the Persian language. His massive white marble mausoleum in Tus depicts scenes from the epic poem, and is surely a site that needs to be crossed off the bucket list of any Iranian culture enthusiast. 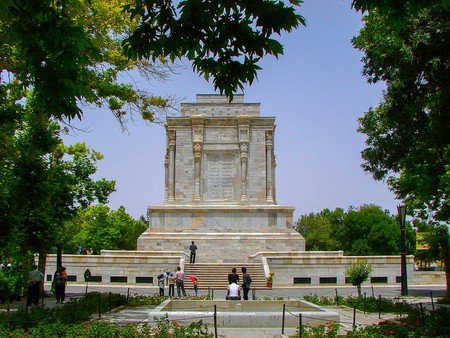 Shishlik is popular in many countries, but there’s only one place to get the true Iranian shishlik experience, and that’s Mashhad. Marinated in olive oil and saffron, these skewered, mouthwatering chunks of lamb with the bone are the city’s specialty from the Shândiz area. You won’t want to miss trying this dish in its place of origin. 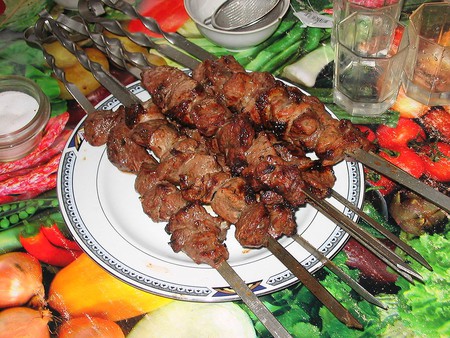