A Tour of Iran's Statues and Sculptures 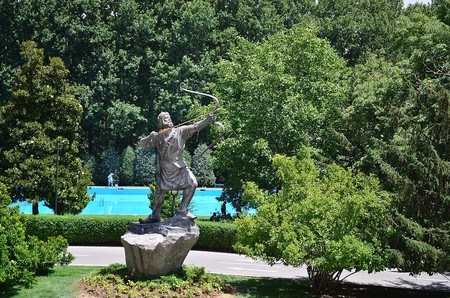 In an effort to beautify urban spaces in recent years, big cities like Tehran and Mashhad have installed a crop of sculptures by young artists and students around town, but this art form is nothing new. From the historic to the modern, here’s a tour of Iran’s most noteworthy statues and sculptures. 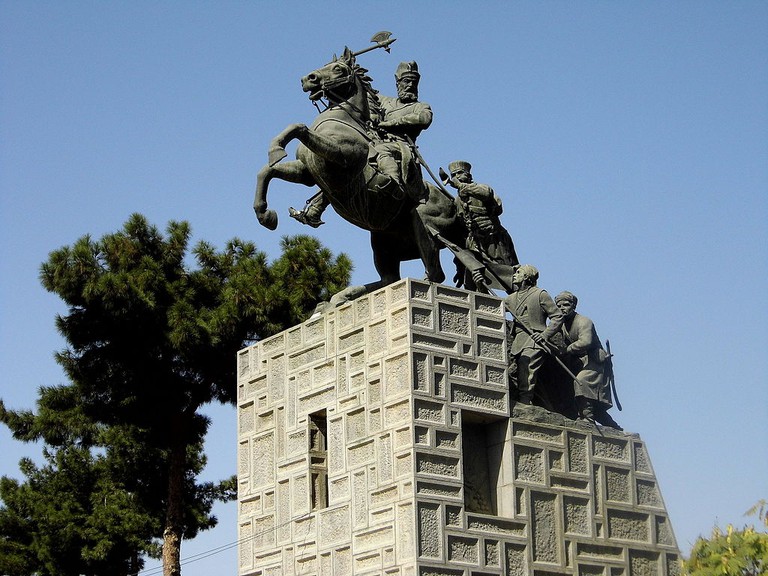 Statue of Nader Shah in Mashhad | © Nader Rajabnezhad / Wikimedia Commons
Nader Shah was an 18th-century, post-Safavid Iranian ruler who created an empire spanning from northern India to the Caucasus Mountains. He’s known to have consolidated Iran’s unity, though he was also considered a ruthless leader, eventually assassinated by his own army in 1747. Located in Mashhad, this statue by renowned master Hassan Sadighi depicts an axe-wielding Nader Shah riding a horse, followed by three soldiers. The neighboring museum, which houses a fantastic collection of weapons and other armaments from his time, is well worth a visit.
Open In Google Maps
Tehran, Iran
Give us feedback

The 25-meter high statue of Simorgh glistens under the sun in the sleepy town of Neyshabur, home to poet masters Khayyam and Attar of Nishapur. One of the most grandiose of its kind, the monument was designed by father-son duo Reza and Meysam Hadiani and represents the mythological phoenix from Ferdowsi’s epic poem, The Shahnameh. In the tale, Simorgh raises Zâl, an albino infant rejected by his parents. When Zâl’s father returns for him years later, Simorgh gives Zâl some of her feathers, telling him to burn one if he ever needs help, and that she will materialize in the guise of a black cloud. Zâl later marries, and when his wife Rudâbeh falls mortally ill during labor, he burns a feather, and the phoenix appears, telling him to cut the baby from her belly. Following her advice, Rudâbeh is saved, and legendary Persian hero Rostam is born. Simorgh also plays a role in Attar’s The Conference of the Birds. 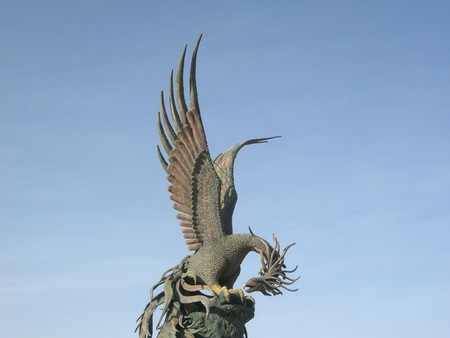 At 1,700 meters above sea level, Darband in northern Tehran is a popular spot for mountaineers to start their hike to reach the central Alborz mountains. It’s fitting, then, that the most famous landmark in this area is of a mountaineer. In fact, this statue, located in Sarband Square, is typically the official meeting place for friends gathering to go for a vigorous early-morning hike or a casual stroll, grabbing some mouth-watering kabob or sour fruit leather along the way. 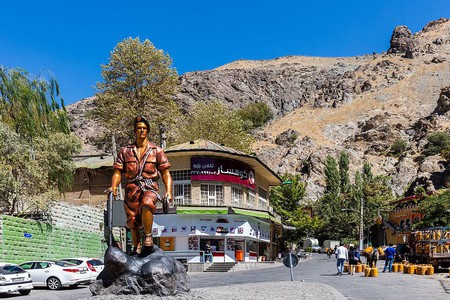 When the Shah was overthrown in the 1979 Islamic Revolution, the bronze statue of his father, Reza Shah, was also toppled, leaving behind only the stumps of his boots. Located on the grounds of the Sa’dabad Palace complex, immediately behind these legs is the very much intact sculpture of legendary Persian hero Arash the Archer from Ferdowsi’s The Shahnameh. 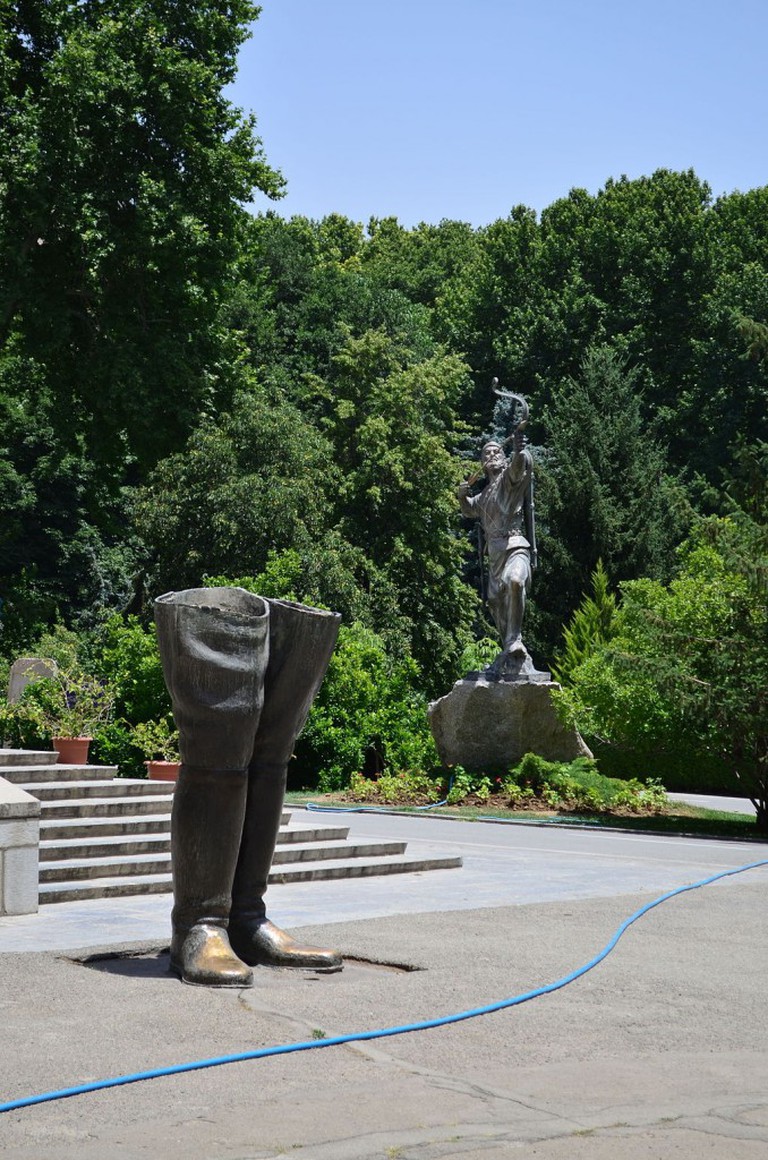 Displayed alongside the works of national Iranian painters at the TMoCA are those of Western painters such as Monet, Warhol, Pollock, Picasso, and Van Gogh – and just as exciting are the sculptures in the museum’s garden. René Magritte’s The Healer and Alberto Giacometti’s Standing Woman and Walking Man are among the highlights that adorn the grounds. 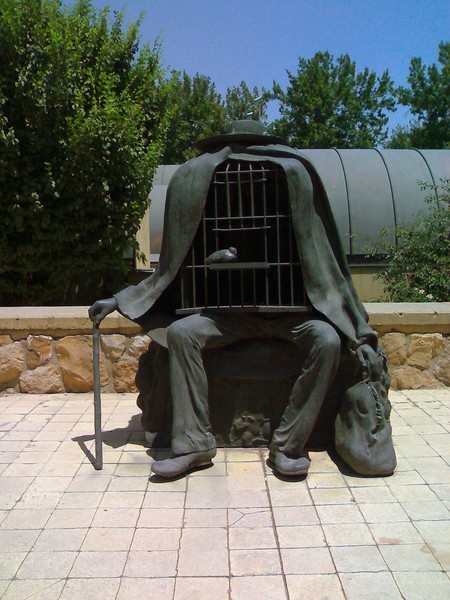 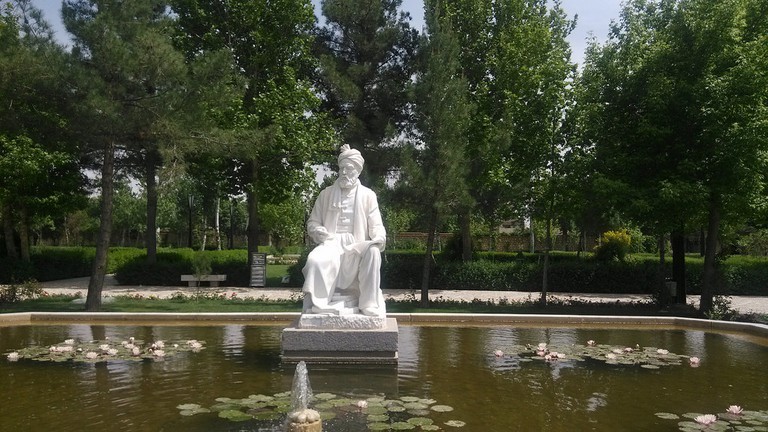 Ferdowsi in Tus | © abdallahh / Flickr
Regarded as one of the most influential figures in Persian literature, Ferdowsi is honored by a smattering of statues around Iran dedicated to the great poet. He sits among the congested traffic of the eponymous square in Tehran, and he overlooks the city from a vantage point outside Milad Tower, which also displays a wax figure inside. You can find him near Tabriz’s Blue Mosque and in Delfan in the Lorestan province. His home, however, was Tus, where his tomb is also located. Built in the 1930s, Ferdowsi’s elevated white-marble mausoleum is a sight to behold, particularly the interior friezes, which depict the most famous scenes from The Shahnameh.
Open In Google Maps
Tehran, Iran
Give us feedback

Tehran’s Laleh Park is replete with statues of notable figures in Persian history, but perhaps two of the most outstanding are those of Al Biruni and Omar Khayyám. Considered one of the greatest medieval Islamic scholars, Al Biruni is known for his contributions in the fields of astronomy, mathematics, physics, and history. The sculpture of celebrated poet Khayyám is another masterpiece by Hassan Sadighi. 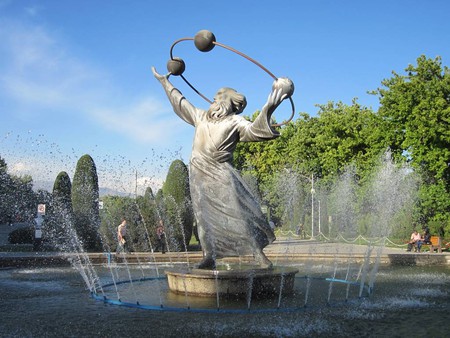 Located in Shapur Cave in the Zagros Mountains stands the towering figure of Shapur I, the second king of the Sasanian Empire. The unknown sculptor is said to have chiseled this statue from a stalagmite. A fall attributed to an earthquake left it almost limbless, but it has since been raised onto concrete pillars, giving it the appearance of having legs, but no arms. 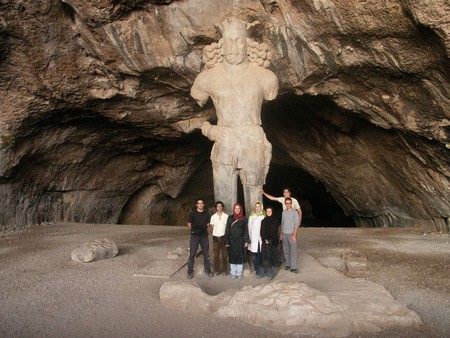 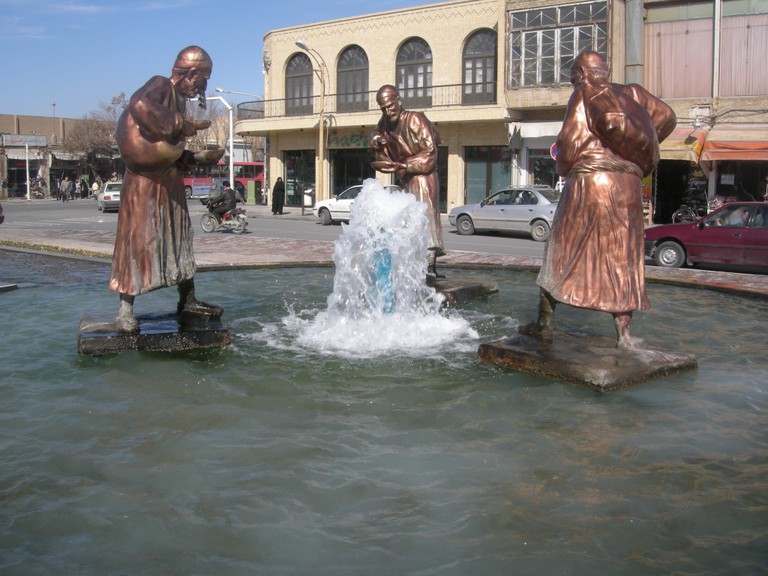 Bronze sculptures in Yazd | © Pontia Fallahi
Yazd is a city that essentially blossomed out of the desert, so obtaining water was a major issue. The Water Museum here does a fantastic job explaining exactly how the people of this desert town used qanats, an elaborate tunnel system used to extract groundwater. And just outside the museum, the bronze sculptures of three men – an instantly recognisable landmark of Yazd – mark the beginning of the famed Amir Chaghmagh Square. When the fountain is switched on, it appears as if the men are pouring water into the pool from their pouches.
Open In Google Maps
Give us feedback
Give us feedback