A Music Lover's Guide to Tehran 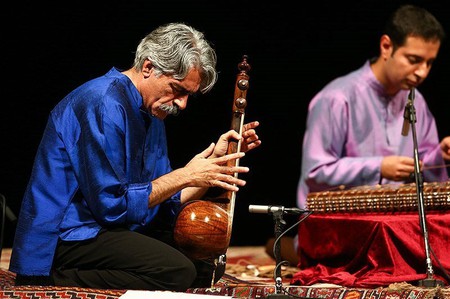 Music has always played an important role in Iranian culture, with each region having its own specific style and sound. These days, the range of talents is impressive. While traditional music and vocals continue to be relevant, young artists are stretching these sounds beyond the borders to experiment with new realms. From the best venues for live tunes to the top places to invest in new sounds, here’s a music lover’s guide to Tehran. 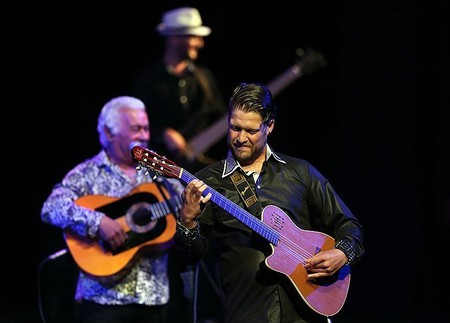 The Fajr Music Festival started in 1986 and has since become Iran’s most prestigious music festival. The annual 10-day event includes award ceremonies and numerous concerts, featuring both national and international artists, throughout Tehran’s most prominent concert halls, such as Milad Tower, Vahdat Hall, and Azadi Tower, among others.

The guys at Cafe Paradiso are serious about two things: coffee and rock ‘n’ roll. With guitars and pictures of rock bands and musicians hanging on its walls, this tiny hangout resembles a small-scale Hard Rock Cafe. The great food and music make it a haven among Tehran’s rock and metal followers, so it tends to get pretty crowded. With limited seating, reservations are recommended.

A spacious yet cozy café, Lucky Clover’s super-friendly staff brew a mean cup of coffee. Aside from organizing events for guests to watch movies and soccer matches in company, this popular haunt has weekly live performances by regional bands, showcasing some of Iran’s freshest talent. Check out its Instagram page for updates.

The relaxing ambiance at Lima Lounge makes it the perfect place to grab a book off the shelf and kick back with a coffee or mocktail. Thanks to a big-screen TV, this laid-back joint is another favorite locale to watch soccer matches with new and old friends, while the small stage hosts regular live performances, announced via its Instagram page. 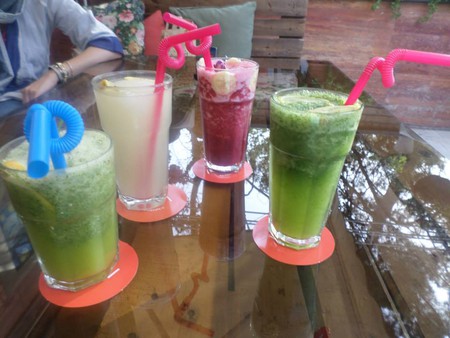 For the opportunity to catch some traditional Iranian music in an equally traditional setting, Alighapoo is the place to go. Serving up some of the most delicious food in town, the buzzy restaurant is a hit with tourists and locals alike. It’s not uncommon for diners to stop eating so they can clap and sing along, especially to those classics.

Located on Jomhuri Avenue, the Friday bazaar has quite possibly everything you’re looking for. Tucked away toward the end of the antique sellers, a wide selection of vintage vinyl records, record players, and gramophones can be found at bargain prices.

Alongside comics, books, and DVDs, Hanooz Bookstore displays a range of Iranian and Western CDs, as well as a selection of vintage LPs to add to your collection. When you’re done, head downstairs to Nazdik Café for a table outside, where you’ll discover a view reminiscent of NYC’s Lower East Side haunts. 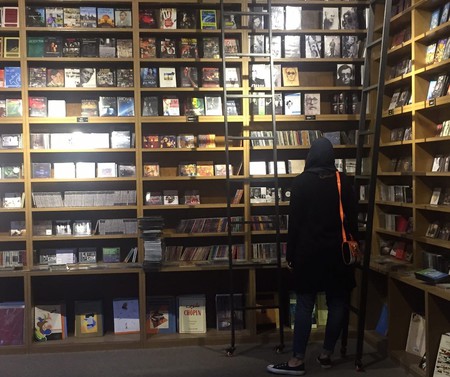 Regarded as the best music store in Tehran and a hangout for those in-the-know, Beethoven Music Shop has been an institution since the 60s. Serious about all genres of music, the shop holds an extensive, up-to-date archive of CDs and vinyls of Iranian and Western musicians.

This chain bookstore has CDs, mostly from Iranian artists, that can be listened to before purchasing. The Fereshteh branch is unique with its traditional instruments on display and for sale, though it’s recommended to visit instrument retailers for more options and better prices.

Products in Iran are usually sold via a hub where all retailers are gathered – and musical gear is no different. For the likes of violins or guitars, head to Jomhuri Avenue, near Hafez Bridge. Stores for traditional Iranian instruments, such as tombak, tar, or santoor, are largely clustered around Baharestan Square, further south. The quality and prices vary greatly, so it’s best to go with someone who has a bit of expertise. 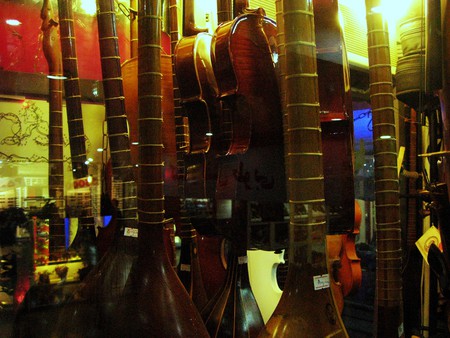 The album Tehran Waltzes features accordionist Mehrdad Mehdi, a hot young talent in the capital city, represented by Kherad Art House. His Waltz #1 was played in the closing credits of Asghar Farhadi’s Oscar-nominated The Salesman. Fans of the Amélie soundtrack will be delighted by this one.

Originally from Shiraz, Kako Band concerts sell out almost as soon as tickets go on sale in Tehran. Integrating electronics with meaningless lyrical vocals, their inspiration comes from southern folk music. Their songs have been featured on several TV series, and while fans swear they can make out Persian or English words, the band insists there aren’t any, having perfected their sound over a period of 10 years.

Chaartaar fuses electronic music with traditional Persian vocals. This four-member group has played numerous concerts in Tehran and started their first international tour in Canada in 2016, before moving on to various European cities.