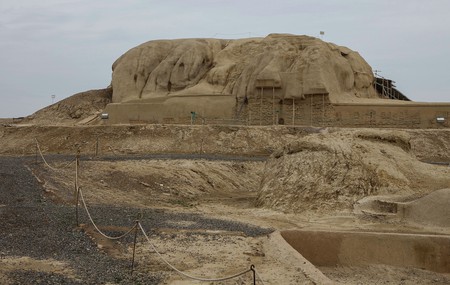 Kashan is best known for its Persian gardens, annual rosewater festival, and exquisite historical houses. But lying just on the perimeter of this desert city, fighting for the attention given to its more beautiful rivals, is the unprepossessing Tepe Sialk, a site for archeology enthusiasts to wonder at. Read on to discover one of Iran’s prehistoric archaeological sites.

Initially excavated in 1933 by a team of European archaeologists led by Roman Ghirshman, Tepe Sialk is the oldest of four ziggurats in Iran constructed by the Elamite civilization. Dating back some 7,500 years, it is a testament to an ancient civilization that was truly sophisticated beyond its time. 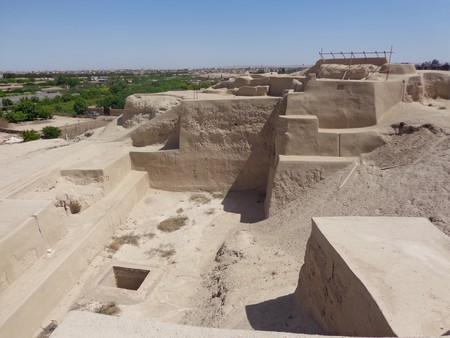 Scholars have identified six phases of inhabitants taking residence between the northern and southern hills. The first three groups progressed from living in simple huts to irregularly-shaped mud brick homes and later to rectangular-shaped mud brick homes with arched rooftops, thus illustrating some of the earliest examples of Iranian architecture. The fourth wave of residence between 3000 and 2500 BC was marked by significant advancement in pottery and tools, which indicated signs of trade, literacy of the proto-Elamite cuneiform script, and an ability to make bronze. The construction of the ziggurat was further proof of development. After 13 centuries of abandonment, the remains of the ziggurat were once again occupied by the fifth group of settlers who were capable of melting iron. The final group arrived in 900 BC and are credited with the spouted pots that Tepe Sialk is known for. The site was destroyed in the 8th century BC. 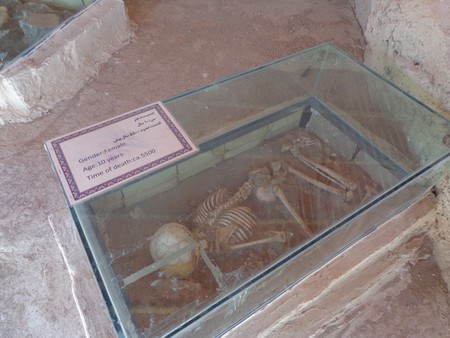 A small collection of excavated artifacts on display at the visitor’s center provide a glimpse of these ancient people’s artistic ingenuity; however, most of these antiquities eventually landed in the Louvre, British Museum, New York Metropolitan Museum of Art, and the National Museum of Iran. Reminiscent of objects from much later civilizations, chalices, cups, spouted jars, and other vessels depict fine paintings of humans and animals. Stone-carved tools and instruments, engraved bone, and even what appear to be board games are among other relics displayed at these museums. 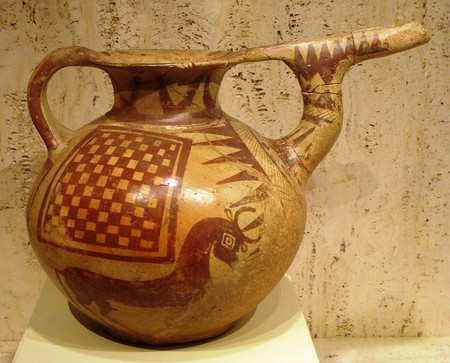 Strolling through Tepe Sialk on rickety boardwalks, visitors can make out walls and rooms, but anything beyond that depends largely upon a vivid imagination. Two 5,500-year-old encased skeletons unearthed here add an element of reflection as one stands, imagining the past, on these seeming heaps of dust; also able to look upon the present and the rapidly encroaching city of Kashan.