A Brief History of Iranian Caviar 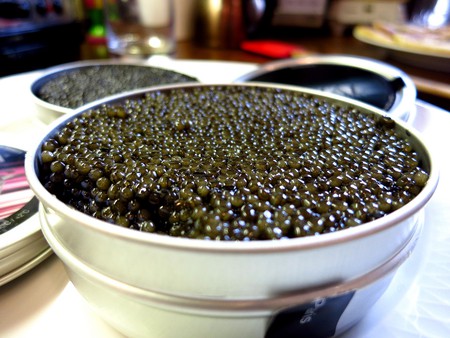 When it comes to Iranian exports, a few things come to mind: oil, rugs, pistachios, and caviar. With the finest sturgeon coming from the waters of the Caspian Sea, caviar is one of the country’s main exports, generating more revenue that crude oil. Read on to uncover a brief history of Iran’s other black gold, caviar.

From the Persian word khâviyâr, caviar refers to the roe from wild sturgeon, and the earliest records date back to the 4th century B.C. It is said that the people of the Persian Empire were the first to taste caviar, believing it had medicinal properties and was a source of energy (a widely-held belief still today). It also made an appearance during the Roman Empire, but the heaviest consumers of caviar were arguably the czars of old Russia. It’s perhaps for this reason that even though the Persians are credited with preparing caviar by salting the roe, it was the Russians who defined it as a luxury.

Today, Iranian caviar comes from the northern Gilan, Mazandaran, and Golestan provinces bordering the Caspian Sea. Along with other species of sturgeon, the bottom-dwelling beluga sturgeon thrive especially well in these icy brackish waters, which give the caviar a unique taste. With some amazing survival instincts, beluga have a lifespan of up to 100 years, reaching maturity at around 20 years. The best quality caviar, known as “Iranian diamond,” comes from this particular species. 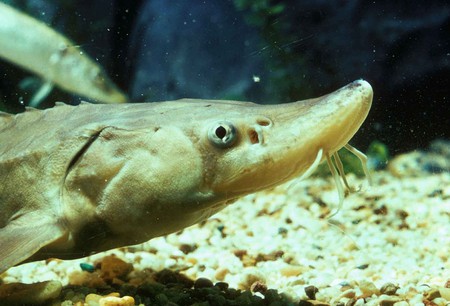 The heavy price tag on caviar has made it synonymous with luxury. A one-ounce tin can range from $70-150 depending on the quality, which is determined by the species of sturgeon, not the size of the egg. Among the reasons for the extravagant cost is the fact that it’s highly perishable (it shouldn’t be frozen) and can lead to overfishing. Another cause for concern is that the sturgeon must be killed in order for the roe to be extracted. To help counter at least one of these issues, Shilat Fish Farm between Tehran and Qom has become the first producer of farmed paddlefish and beluga raised for caviar. With the caviar inside, each fish is valued at roughly $35,000, the caviar accounting for approximately 1/10 of its body weight. The fish are then sent to facilities in the northern port town of Anzali to remove the caviar, which is then salted, packaged, and exported, mainly to Europe. 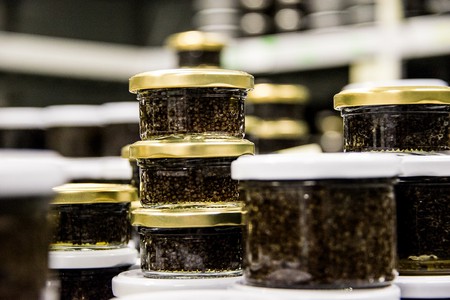 It’s true that caviar is somewhat of an acquired taste, but even though Iran is the leading exporter, this delicacy never quite took off in its home country. In fact, it’s almost never used in Persian cuisine and hard to find in restaurants. For those who have a taste for it, it can easily be purchased as a duty-free item at Tehran’s Imam Khomeini International Airport, in five-star hotels, or in some fish markets.