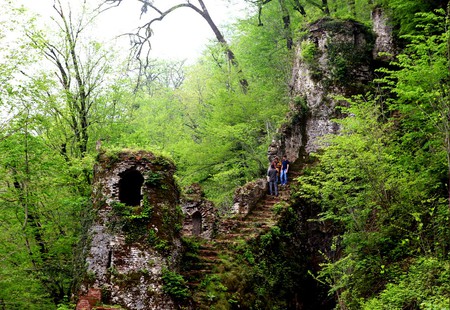 Steeped in history, culture, and nature, Iran is home to a wealth of attractions and things to do and see. It might be difficult to figure out which places should be your priority, but here’s a list of Culture Trip’s 20 favorite attractions that you can’t miss on your trip to this exciting country.

Once the capital of the first Persian Empire and birthplace of Persian civilization, it’s vital that you visit Persepolis. In fact, you haven’t seen Iran unless you’ve walked in the footsteps of the ancient kings. 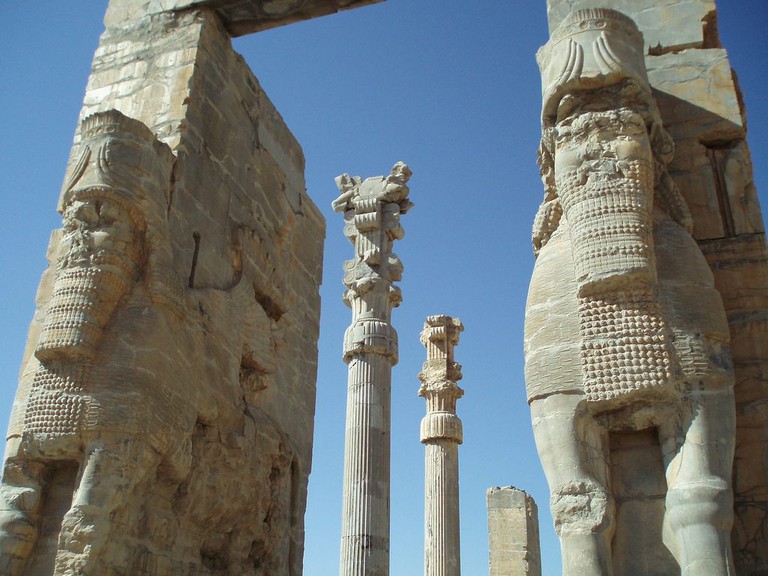 The Gate of All Nations in Persepolis | © DAVID HOLT / Flickr

Valley of the Stars

Qeshm offers pristine nature and a world of mystery, but if there’s one attraction not to miss, it’s the Valley of the Stars. Marl and sandstone make up the other-worldly rock formations, and with a little imagination, you can see animals, faces, and hands among other things. 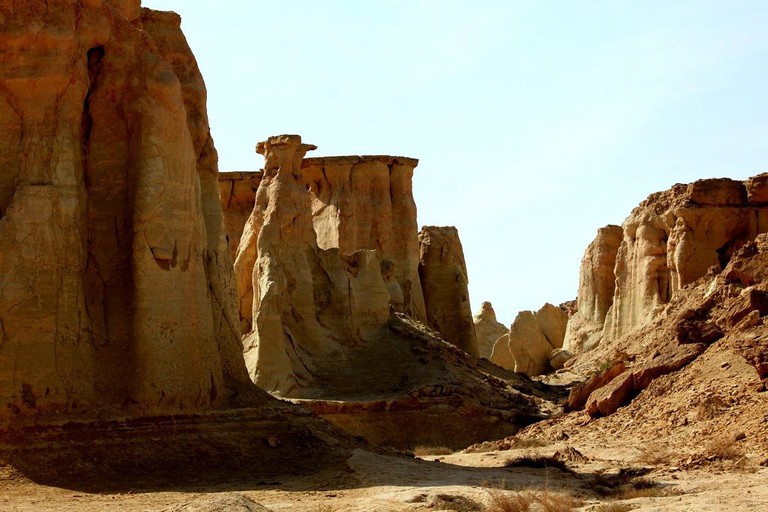 The first Iranian site registered with UNESCO, Chogha Zanbil is a 13th-century BC ziggurat in the Khuzestan province. Baked bricks with cuneiform inscriptions are layered in the structure, and a centuries-old footprint of a child in the stone is roped off towards the back. 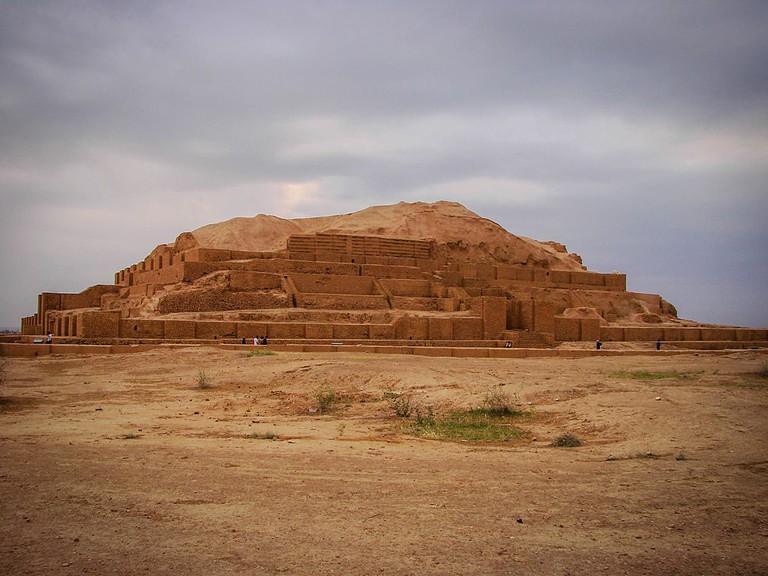 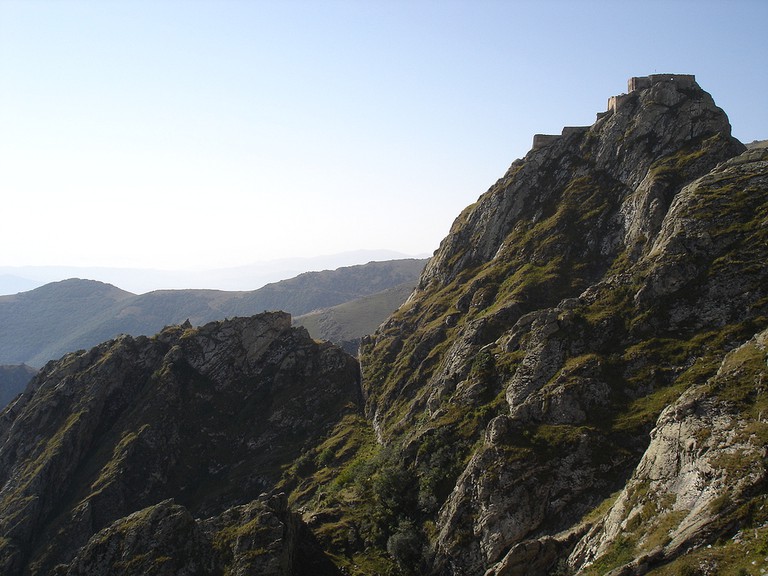 Steep gorges lie below Babak Castle | © Niyaz Bakılı / Flickr
A bit of athleticism and no fear are required to reach Babak Castle. Once the stronghold of a Khurramite leader who fought the Abbasid Caliphate, this citadel, surrounded by deep gorges, sits at the height of 2,300–2,600 meters (7,546–8,530 feet). Those with a strong case of acrophobia might choose to admire it from afar.
Open In Google Maps
Kaleybar, East Azerbaijan Province, Iran
Give us feedback 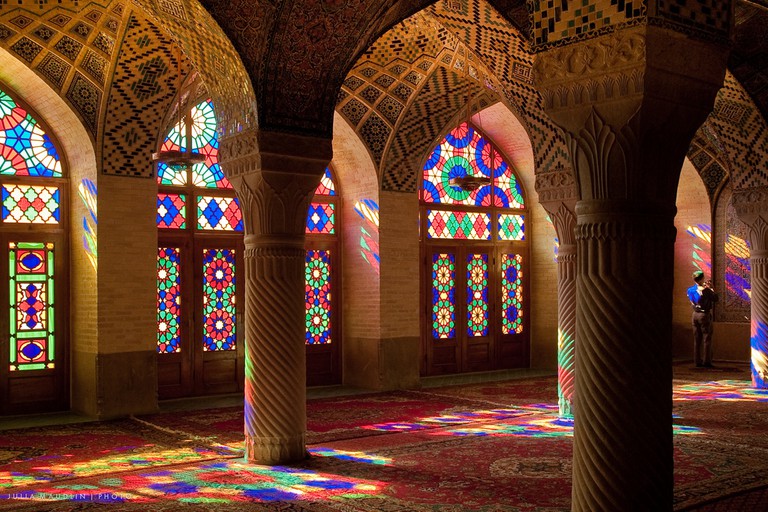 Located in the northern port city of Bandar Anzali, a boat ride on Anzali Lagoon is a must to witness the houses built on stilts, various bird species, and, of course, the water lotuses emerging to blossom through the dark waters. 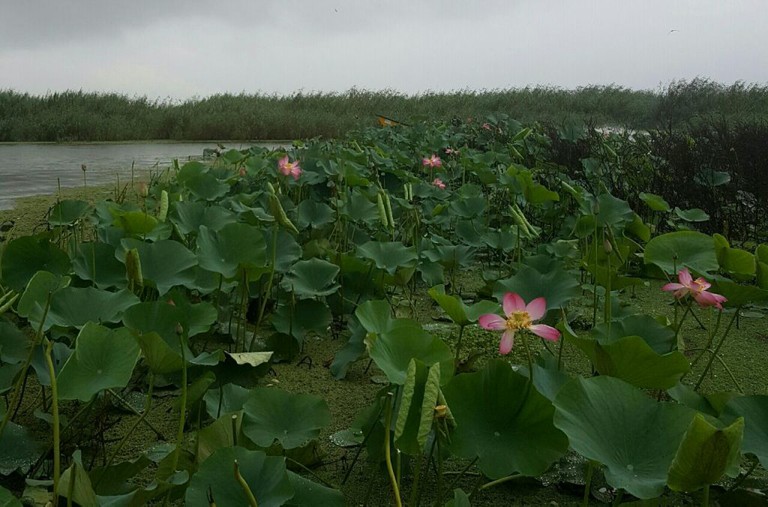 Are you traveling to the north? Then definitely take the famous Chalus Road. Steep roads snaking down the mountainside, tunnels carved in solid rock, and natural springs and bodies of water make this one of the most scenic routes in Iran. 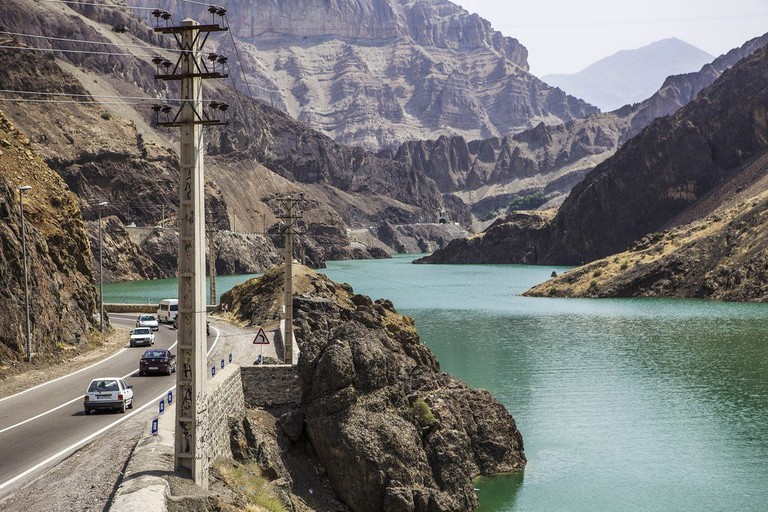 Once a royal polo field, Naqsh-e Jahan Square in Esfahan holds Ali Qapu Palace, Imam Mosque, Sheikh Lotfollah Mosque, and the Imperial Bazaar. You’ll need the better portion of a day to see it all properly. 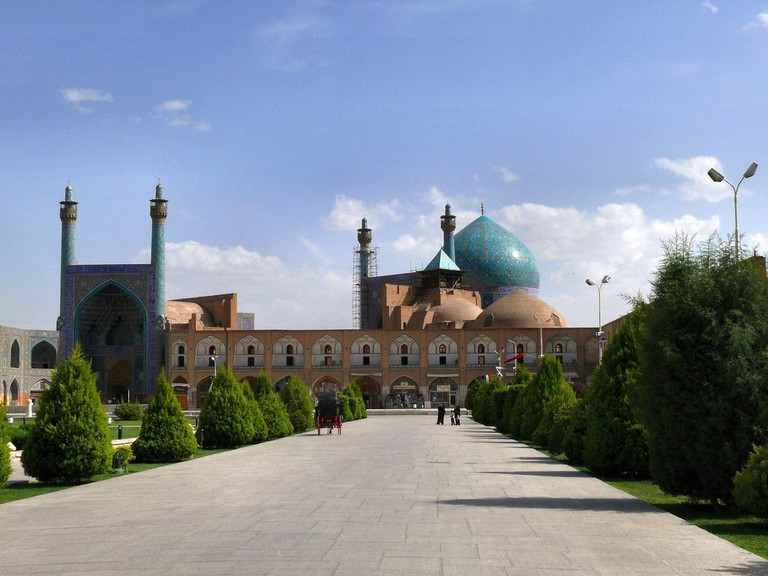 Naqsh-e Jahan Square was once a polo field | © dynamosquito / Flickr

A feat of engineering, the Shushtar Historical Hydraulic System, an ancient irrigation system dating back to the 5th century BCE, is sure to leave you awe-struck. Climb the hill behind it to marvel at the view from above before exploring the details of the mechanism and the many bird species living here. 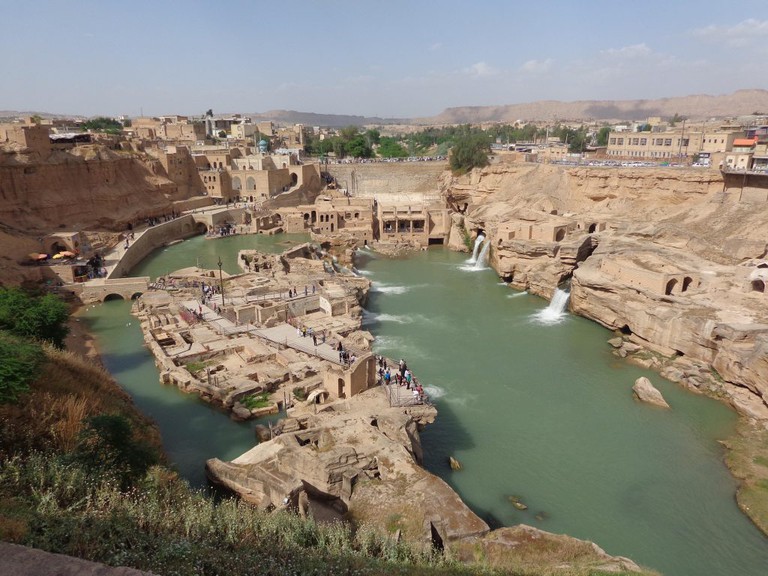 The ancient irrigation system in Shushtar is a masterpiece | © Pontia Fallahi

Whether it’s Si-o-seh Pol, the Khaju, or one of the other nine bridges, a romantic stroll along the marvelous architecture of Esfahan’s bridges on the Zayandeh River is a must. The Persian poetry often recited in these locales echo through the arched chambers and will seem like Scheherazade’s 1001 Nights. 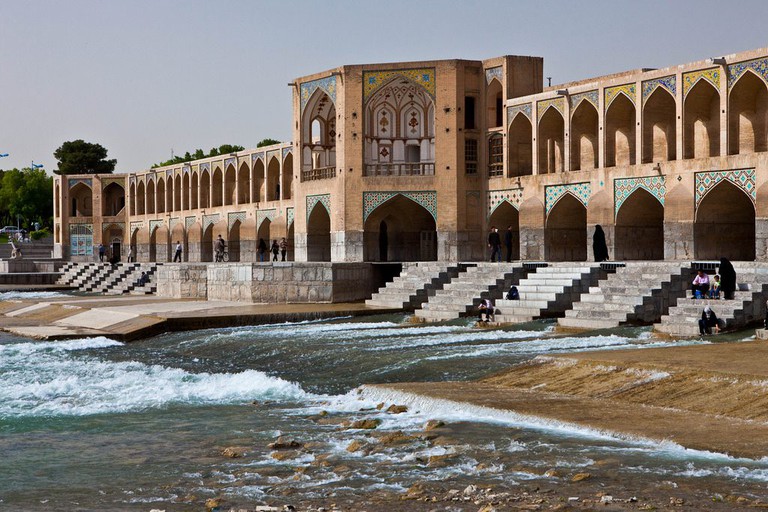 Exquisite ceilings, magnificent frescoes, and grand courtyards filled with pomegranate trees are what you’ll get in one of the breathtaking historical homes in the desert city of Kashan. This city is best seen in the spring before it’s too hot and while you can catch the rosewater festival. 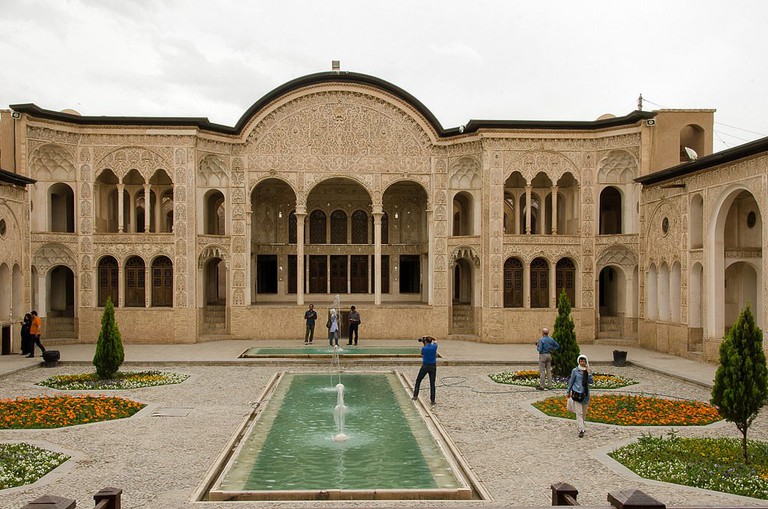 Located in Ardabil, this shrine is the tomb of Sufi mystic leader Sheikh Safi al-din. Different areas such as a library, mosque, school, and mausoleum make up this site, and the architecture is in keeping with the principles of Sufi mysticism. 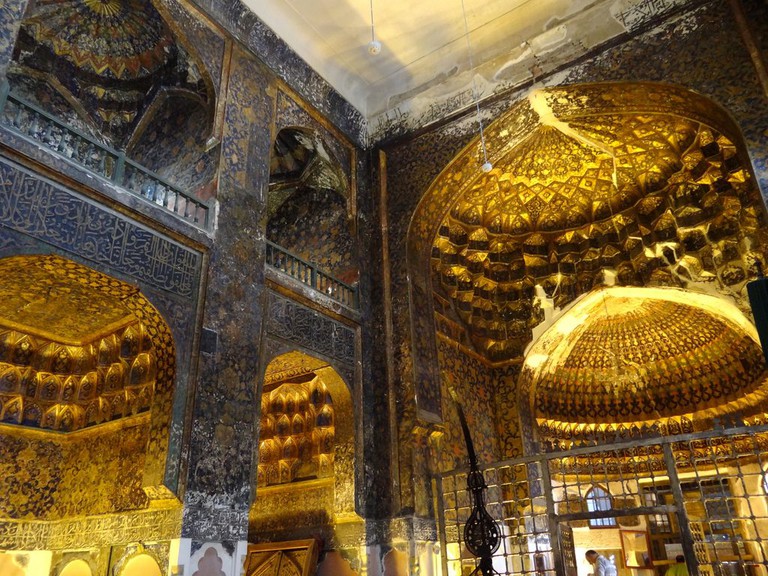 While people usually see pigeons as mere nuisances, especially for city dwellers, they were quite valuable in Iran about five centuries ago, namely for their droppings. These towers were built as pigeon homes, each holding as many as 14,000, where the droppings could be collected and used as fertilizer. 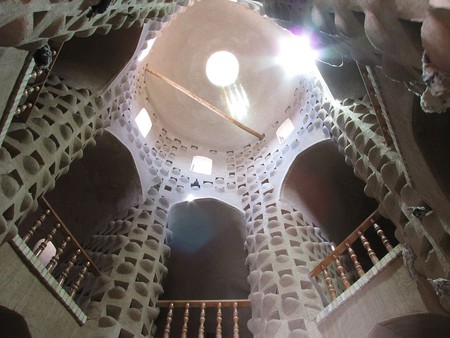 Literally “drip-drip,” Chak Chak is a Zoroastrian temple located just outside of Yazd. The most important Zoroastrian pilgrimage site in Iran, many Zoroastrians visit the temple every year. Once you’ve seen the similar sites in Yazd, a visit here gives further insight into this religion. Find directions here. 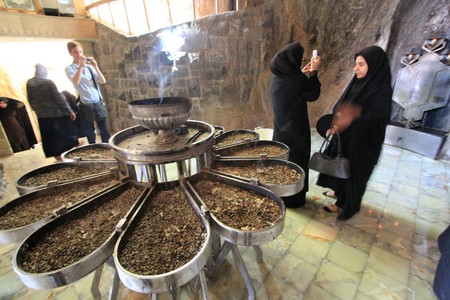 This military complex was initially built on two mounts during the Sassanid era and rebuilt a few centuries later. Known as the “castle of a thousand steps” because that’s how many you have to climb to get to the top, Rudkhan Castle is worth the effort. 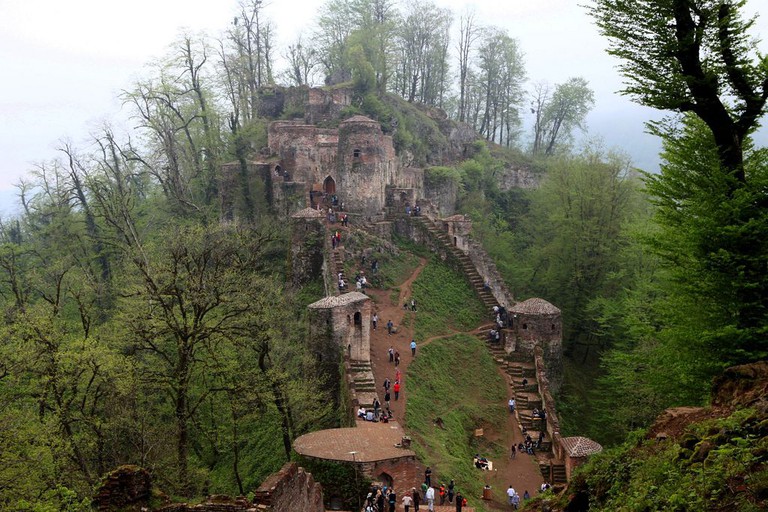 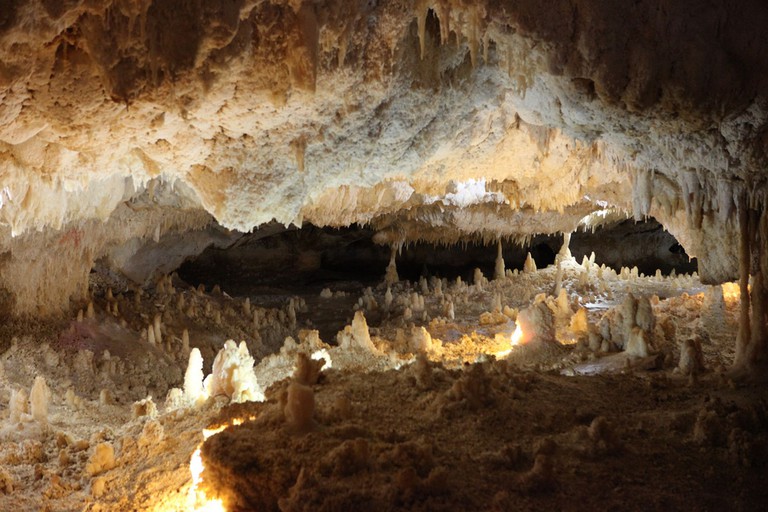 If you’re going to visit one Persian poet, it must be Hafez. Stroll around the garden and tomb in the evening as tourists and locals come to pay their respects and recite a few lines of his poems. You can even have your fortune read to see what the great poet predicts for you. 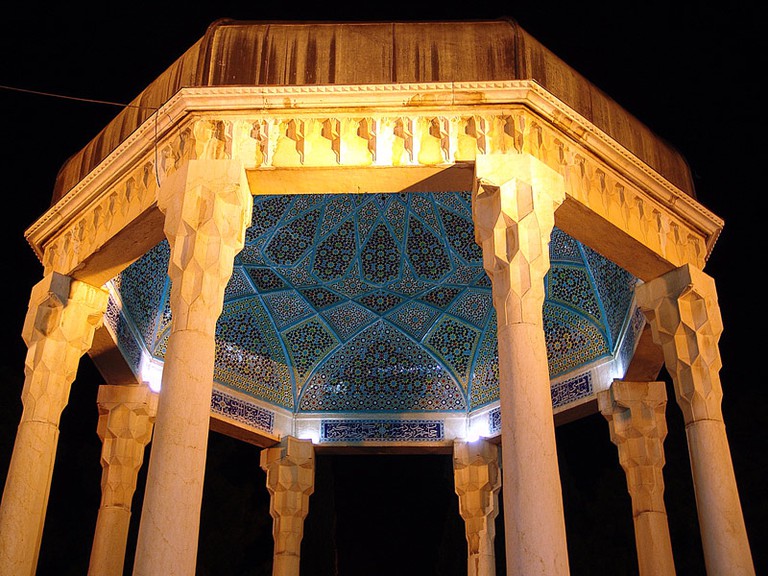 For such a small island, Hormoz is brimming with dreamy nature and tranquility. Shades of red, yellow, and orange color the land area, which contrasts beautifully with the Persian Gulf’s blue water. A dream for geology and nature enthusiasts, this island is also home to deer and other fauna. 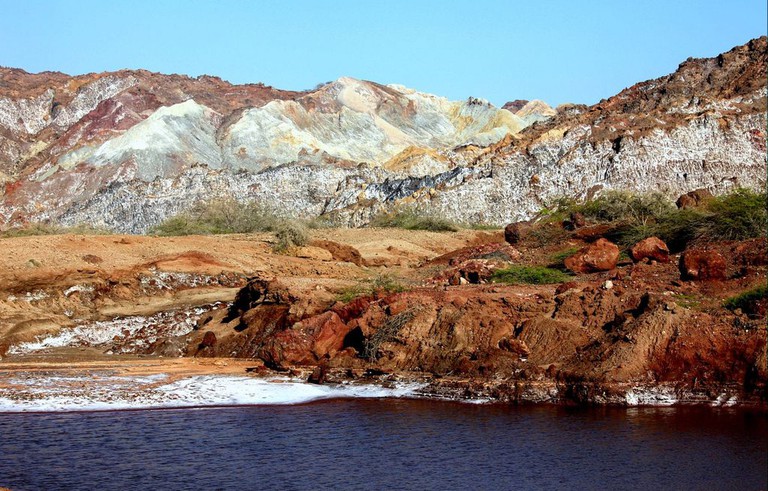 Iran’s first natural UNESCO site and hottest place on earth for seven years, the barren Lut Desert offers an unusual tranquility. The sand ridges, known as yardangs, continuously change their shape, so if you visit the same spot at a later time, it might look completely different! 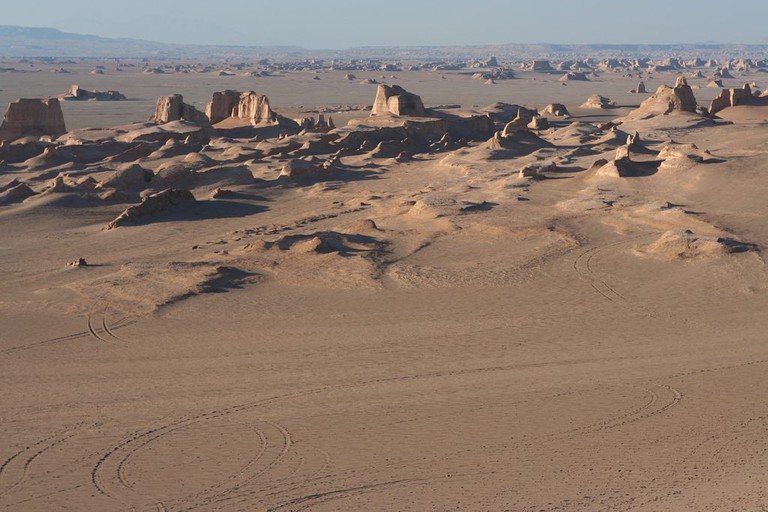 Bisotun and Taq-e Bostan are two historical sites located near each other in the Kermanshah Province. Rock reliefs and the statue of Hercules are fascinating remnants of Bisotun, as is the prehistoric “hunter’s cave” said to have been inhabited 40,000 years ago. Rock reliefs are also under the archway of Taq-e Bostan, the most notable image of which depicts the last king of the Sassanid Empire with Ahura Mazda (the creator in Zoroastrianism) and Anahita (a Zoroastrian diety). 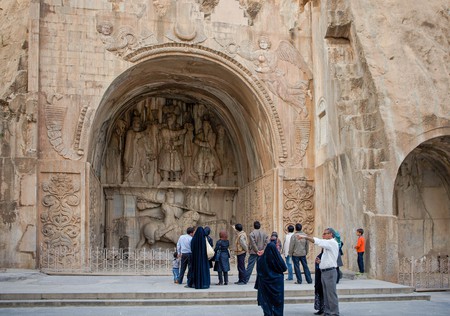