13 Epic Places All Iranians Are Proud Of

Iranians all over the globe share a special, unshakable pride in the history and culture of their country. Irrelevant of which region of Iran they hail from, most Iranians are anything but shy when it comes to talking about the many wonderful places there are to visit in Iran. Here are 13 of the most epic places all Iranians are proud of.

Nashqsh-e-Jahan square is situated in the centre of the city of Isfahan. Laced along all the edges are a multitude of stunning architectural and historical sites which were built in 1602 under the reign of the Safavid ruler Shah Abbas to signal the importance of Isfahan as the capital of a powerful empire. 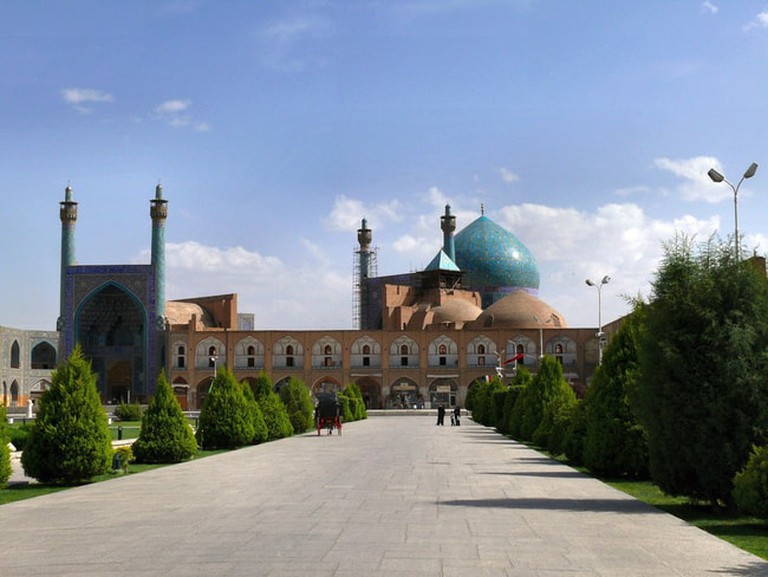 Also known as the Allahverdi Khan bridge, this bridge is more popularly referred to as the si-o-se-pol – or 33 bridge – because it is made from two rows of 33 spans. It measures a total length of 297.7 meters and is an example of Safavid architecture. 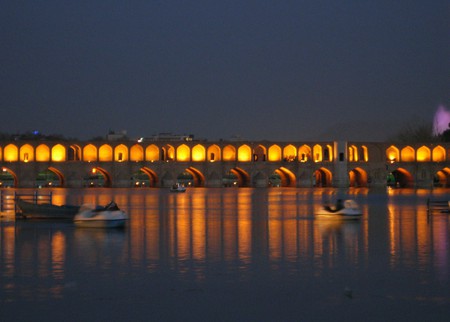 The Jameh Mosque can be seen as a fine example of the evolution of Mosque architecture over twelve centuries dating all the way back to 841 AD. It is also famous for being the first Islamic building that adapted the four courtyard layout of the Sassanid palaces into Islamic architecture. 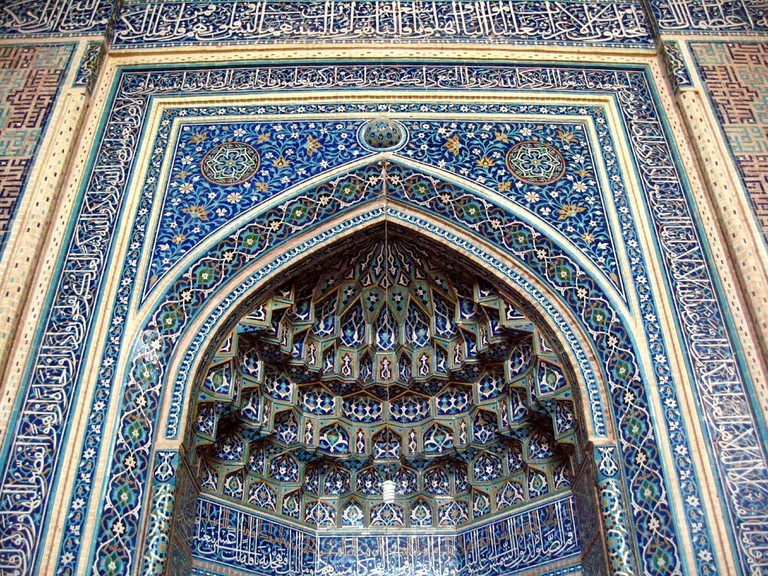 Built by Shah Abbas II as a home for hosting lavish and grandiose receptions and parties, Chehel Sotoun is a pavilion style building laying at the end of a stretched pool surrounded by greenery. Unfortunately many of the ceramic panels have been removed and are now on display in various museums in the West, but the pavilion itself stands tall and in relatively good condition. 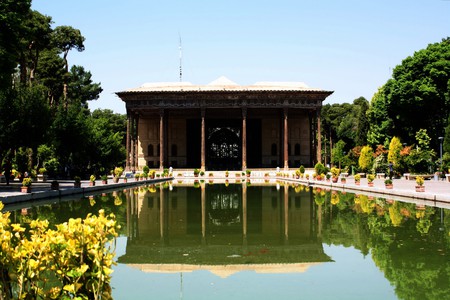 One of the wider-known places of pride amongst Iranians, Persepolis is what remains of the ceremonial capital of the great Achaemenid Empire from 550-330 BC. It is believed that Cyrus the Great chose the site for his capital, which his son Darius later inherited. 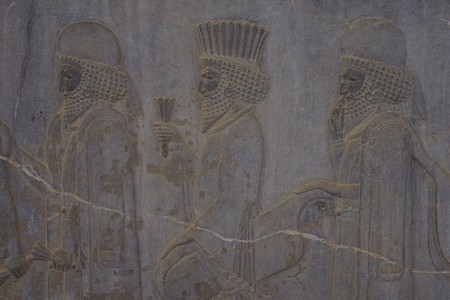 Tombs of Hafez and Saa’di

Persian poetry is a particular point of pride for Iranians, and two of the most well loved and revered poets in the history of Iran are Hafez and Saa’di. Iranians from all over the country travel to Shiraz to pay respects and offer prayers at the tombs of these great masters. 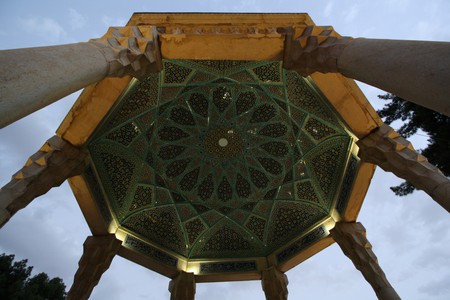 Yazd is a city in Iran located 270 kilometres southeast of Isfahan. Once the centre for those of the Zoroastrian religion, it is now well-known for its Persian architecture, being home to the largest network of qanats in the world. 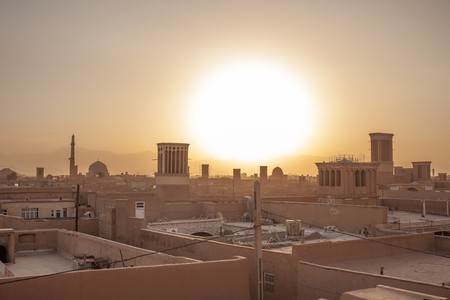 Archeologists believe that Kashan was once home to a civilisation of the pre-historic times, associated with the Elamite people ( 1100 – 770 BC). It is even said that the three wise men who came to visit the baby Jesus upon his birth in Bethlehem made their journey from the city of Kashan. Some places of note within Kashan include the Agha Bozorg Madrasa and Mosque and the Tabatabaeis House. 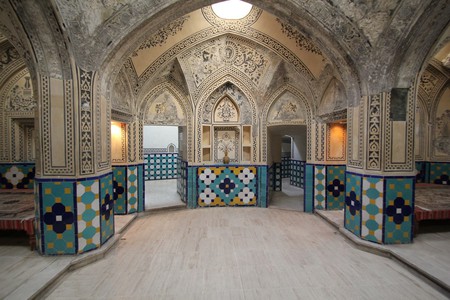 Known best as a place of religious pilgrimage, Mashhad is the second most populous city in Iran, and home to the tomb of Imam Reza, the 8th Shia Imam. The Imam Reza Shrine Complex, also known as Haram-e-Razavi, is actually the largest mosque in the world in terms of dimensions (600,000 meters square). It is a sacred place for Iran’s majority-Muslim population and a true point of pride.

Shah Cherag is also a holy place of pilgrimage for Shia Muslims, it being the burial place of brothers Amir Ahmad and Mir Muhammad – brothers of Imam Reza and sons of the seventh Imam of Shia Twelver Islam. It is one of the most beautiful mosques in the country, and especially well known for the intricate mirror work in its interior. 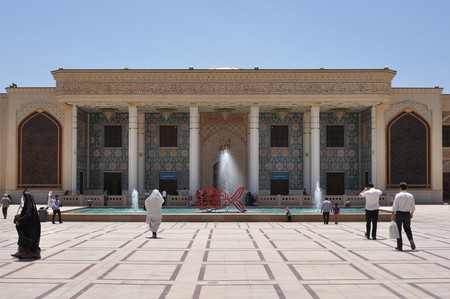 The Bazaars in Iran are much more than just a place of trade. As well as embodying much of the social and cultural life, bazaars have physically aided forming the cities of the country, and are often referred to as the heart of the city. 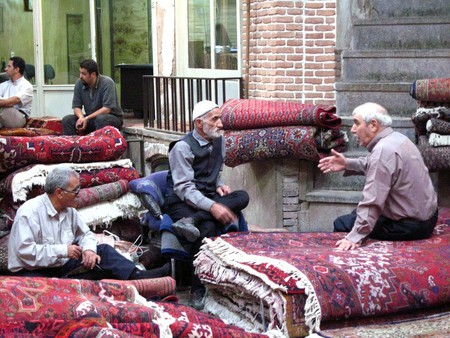 The Milad Tower dominates the Tehran skyline. Reaching as far up as 435 meters it is the 6th tallest free standing tower in the world. 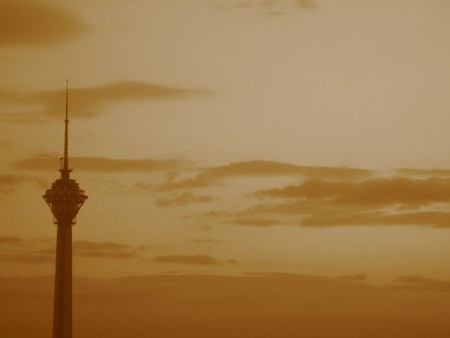 The Alborz mountain range stretches from the border of Azerbaijan through the entire southern coast of the Caspian Sea down to the region of Khorasan. The highest mountain in Iran, Mount Damavand, is also located in the central Alborz Mountains. 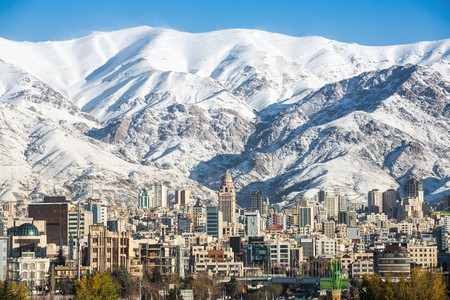