10 Startups in Iran to Watch Out for 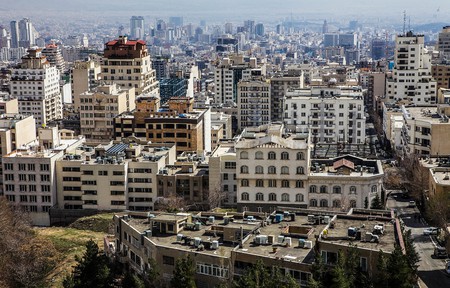 Economic sanctions are often placed on countries with the intention of crippling economies and businesses. One area where sanctions have had unintended effects in Iran is the tech industry, which has boomed in recent years. It is now one of the region’s fastest growing, not despite sanctions, but actually because of them. Read on to discover 10 startups to look out for in Iran.

When twin brothers Hamid and Saeed Mohammadi couldn’t find a Persian-language retail website to buy a camera they had their eye on, they created their own. Almost a decade later, Digikala is Iran’s answer to Amazon, and has 900 employees. The Economist named this startup as one of the top three in the country in 2014, valuing it at $150 million. Processing thousands of orders daily with same-day delivery available in Tehran, this is one of the most used websites by Iranians all over the country.

When YouTube was restricted in Iran, Aparat entered the scene. It is a video sharing service, and was launched by Saba Idea Tech Company in 2011. Operating in much the same way as its North American counterpart, Aparat has been growing nonstop, with 25+ million unique visitors monthly, plus 5 million on the app, and has even introduced a number of other services, such as Filimo, which is similar to Netflix.

At a time when the Google Play store was not accessible in Iran, Reza Mohammadi and Hessam Armandehi joined students from the prestigious Sharif University of Technology in Tehran to create Cafe Bazaar, the Iranian incarnation of the Android app store. One of the most significant things about Cafe Bazaar is that it allowed developers to launch their apps in their home country, alongside some of Google’s most popular. With tens of millions of weekly visits, this app was placed third by the Economist, with an estimated value of $20 million in 2014.

Divar, which means ‘wall’ in Persian, is an online platform where users can buy and sell services, much like Craigslist. Transactions are made even easier with in-app messaging. Currently available in 51 cities throughout Iran, Divar has become the largest online classifieds company and more popular than its competitor, Sheypoor.

Buying fresh bread daily has always been an Iranian tradition, but with busy lifestyles and the infamous Tehran traffic, sometimes just getting to the baker and waiting in line can be a hassle. Boghcheh, which means ‘little parcel’ in Persian, takes one thing off to-do lists by delivering two of the most beloved types of bread, barbari and sangak, from the nearest baker right to the doorstep. This app combines traditional Iranian baking and modern technology to perfection.

Founder Tabasson Latifi has created a dream for those away from home or just too busy to cook. Maman Paz, or mom-cooked, is an online food service that delivers home-cooked meals. This startup employs real housewives, some of whom are heads of the household and others who are more affluent but have a passion for cooking and a desire to be part of the community. Choose your maman and dish and voila– your meal is delivered in the adorable bundles of Iran’s old days. Maman Paz feeds you like only a true Iranian mom could.

Iranians have also gotten on board with ride-hailing apps, known locally as Snapp. This app works essentially like Uber: download the app, input your destination, and off you go. With prices settled beforehand, haggling is no longer an issue. Since starting, Snapp has received hefty international investments and is arguably more popular than its competitor, Tap30 (pronounced tap-si). Snapp has about 50,000 active drivers and currently operates in Tehran, with plans to expand to other cities.

NetBarg is another startup launched in 2011 by cousins Alireza and Saman Sadeghian. This e-commerce marketplace connects merchants and users in Iran to offer online coupons (much like Groupon) and discounts that range from 40% to 90%. Even with the existence of some competitors like Takhfifian and Goldtag, NetBarg seems to be sailing above them, and provides services in seven major cities around Iran.

Mehrabane, which means ‘kindly’ in Persian, has adopted the startup model for philanthropic purposes. This local charity enterprise is the first of its kind in Iran to begin crowdfunding, allowing interested locals to connect with charitable institutions and contribute what they can for the greater good in some of the more remote areas of Iran. The team at Mehrabane consists of volunteers, all of whom have day jobs and work from a love of giving back.

Founder Hoda Doostmohamadi has launched Tele Teb (teb means ‘medicine’ in Persian) and, as the name suggests, is focused on health. It facilitates the process of finding and accessing doctors, clinics, and other medical specialists to consult. It also offers other general informational services. For now, Tele Teb centers on beauty, hair, and skin, but intends to expand to other areas of health.