10 Contemporary and Modern Iranian Artists You Should Know 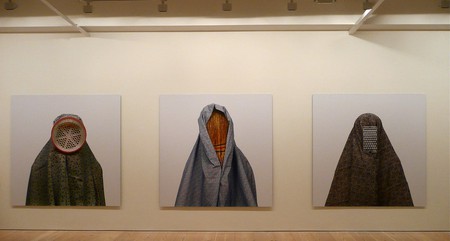 The formative years of the modern art movement in Iran are largely rooted in the 1940s-1950s. The death of the Persian painter Kamal al Molk in 1940 signified the beginning of a move away from the rigidity of academic painting styles, and led to the creation of artist groups keen on developing a uniquely Iranian modern style of art.

Meanwhile, the opening of the College of Fine Arts and the Apadana gallery in Tehran all worked together to develop the scene further and gave rise to artists such as Marcos Grigorian and Parviz Tanavoli.

Marcos Grigorian (1925-2007) was an Iranian-Armenian artist considered one of the pioneers of the modern art movement in Iran. His style reflects folk art inspired by the desert and rural life and today some of his greatest masterpieces are on show to the public at the Tehran Museum of Contemporary Art, the MoMA in New York City, the Museum of Contemporary Art in Kerman and the National Gallery of Armenia.

Happening now at @dastanplus2 Earth Works of Marcos Grigorian 10 Jun – 2 Jul 2016 Opening: 4 to 8 pm Other Days: 11 am to 7 pm Dastan+2 is closed on Sundays. #MarcosGrigorian www.THETEHRANTIMES.com

Parviz Tanavoli (1937) is a sculptor and leading figure of the Saqqakhaneh School of art in Iran, the most influential avant-garde movement in 1960s Iran. The Saqqakhaneh School draws on popular culture, and centres around re-appropriating traditional symbols and folklore with a modernist stance. Tanavoli’s work is very representative of this style, his work is characterised by reinterpretations of the poetic legend of Shirin and Farhad as well as icons found in Shiite folk art such as the cage and the lion, using geometric forms and new mediums.

Sohrab Sepehri (1928-1980) was a very notable painter and poet from Kashan, Iran. His works were inspired by his interest in mysticism and nature, which can be seen in many of his paintings which feature simple form and earthy colours.

A post shared by iranian contemporary artists (@iranian_contemporary_artists) on Nov 19, 2017 at 9:13am PST

Born in Tehran in 1945 and educated in the arts in Britain and the United States, Fereydoun Ave is a leading figure in the first generation of contemporary Iranian artists. Through the medium of mixed media, in many of his works he explores the character of Rustam, the central male hero for the Shahname in order to comment on Iranian chivalry and masculinity.

Shadi Ghadirian, born 1974, is a contemporary photographer living and working in Tehran. Her work makes comment on the pull and push of modernity and tradition for women living in Iran, exposing contradictions which exist in everyday life. Ghadirian is best known for her photo series Qajar in which she created portraits of women dressed in traditional Qajar clothing set against backdrops reminiscent of the time, but positioned contemporary, Western props such as a pepsi can and a boom box.

Kaveh Golestan (1950-2003) was a photojournalist and artist, first rising to fame for his photo documentation of the aftermath of the Halabja poison gas attack during the Iran-Iraq war. Through his work he aimed to document the changing social landscape of Iran, as well as expose the plight of people living on the margins of society in the country. Tragically he died aged only 52 after stepping on a land mine whilst on a mission for the BBC in Northern Iraq.

Tehran-based artist and collector Farmanfarmaian is not only a prominent figure in the Iranian contemporary art period but she is also the first artist to combine geometric abstraction with traditional Iranian glass-mosaic making. 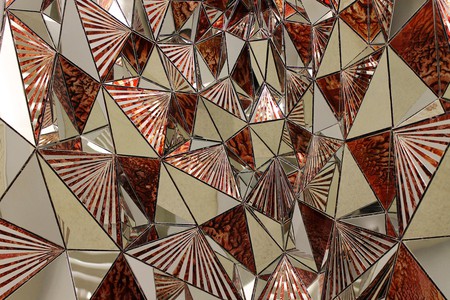 Reza Derakshani, born 1952, is one of the most internationally acclaimed contemporary Iranian artists. Born in Sangsar in Northern Iran, he is also an acclaimed musician, poet and performance artist, and painter. Whilst living in New York for a period of time he became engrossed in abstract expressionism and his work has featured in many public art exhibitions in the British Museum, the Metropolitan Museum of Art and the Tehran Museum of Contemporary Art.

Having lived outside of Iran since the Iranian revolution of 1979, Neshat’s work deals primarily with issues of identity and exile. She is based in New York currently, and best known for her work in photography, and for exploring Islam and its relationship to the West, femininity and masculinity and public and private life. 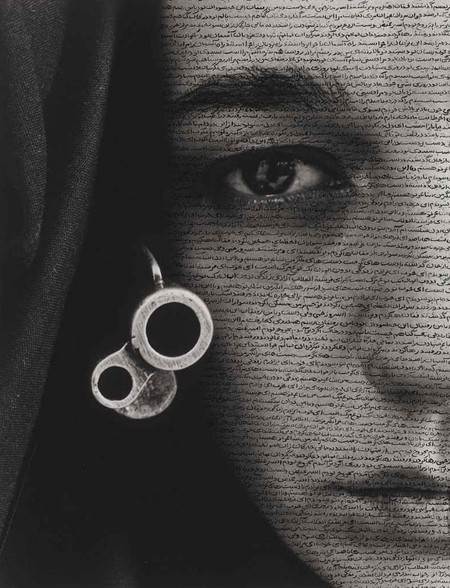 Shirin Neshat | © cea+/Flickr
Give us feedback